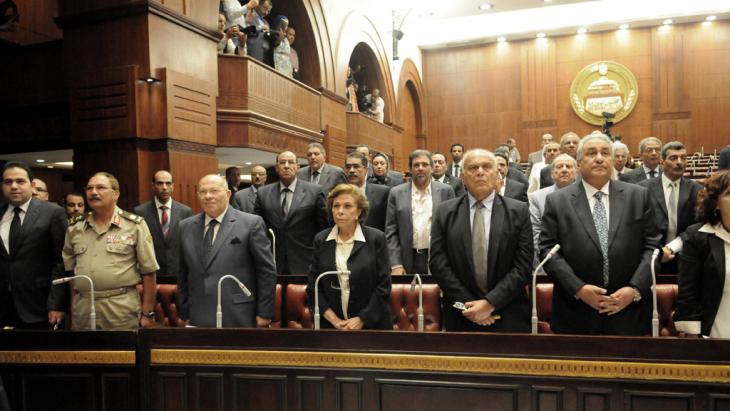 Democracy Hangs by a Thread

The new draft constitution sets down the timetable for democratic transition on paper, but the police and military are standing guard at the station and controlling the points, writes Karim El-Gawhary in his commentary

How good is a draft constitution that contains many positive articles, when a not insignificant element of the political landscape was excluded from the constitutional assembly and while the police state rages out on the streets?

This is the question that Egyptians must now ask themselves after the constitutional assembly voted on the 247 articles that will now go to a referendum.

Many of the articles look good on paper, with one important exception: The Egyptian military has ensured that its role in politics has been enshrined in the draft document. For the next eight years at least, the military will decide on who fills the post of defence minister.

The process through which the draft came about was even more problematic. Of all the political forces represented in the country, it was the movement that held power until the military putsch five months ago, the Muslim Brotherhood, that was completely excluded. With this constitution, Egyptian society was certainly not picked up from the point at which it now finds itself. It does not reflect any social consensus. 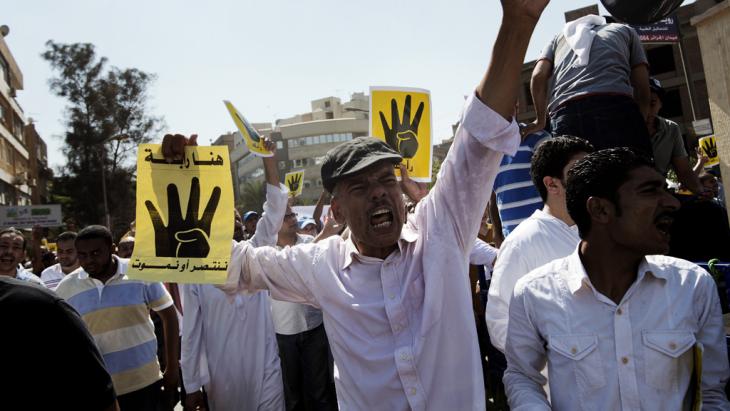 In a bid to push it through by hook or by crook, a police state has taken shape comparable with the one in place during the Mubarak era. A new restrictive right to demonstrate and right of assembly is doing the usual and has for some time now been applied not against the Muslim Brotherhood, but also against any dissent by secular Tahrir activists. And ironically by those who claim to have come to power through mass demonstrations against the Muslim Brotherhood President Mohammed Morsi.

At present, no one in Egypt is really able to explain how on earth a referendum on the constitution, as well as presidential and parliamentary elections can be expected to take place in this sort of climate.

The timetable for a democratic transition has now been put down on paper, but the military and police are standing guard at the station and controlling the points, to ensure that the train does not travel against their will in a direction that deviates from the predetermined route.

Political analyst Taqadum al-Khatib argues that Egypt can, in co-ordination with its European partners, develop a common vision to solve the complex conflict in Libya. For this to ... END_OF_DOCUMENT_TOKEN_TO_BE_REPLACED

The upheavals of the past year in the MENA region are arguably as momentous as those of the Arab Spring in 2011. Yet perhaps the biggest difference is that our interest seems to ... END_OF_DOCUMENT_TOKEN_TO_BE_REPLACED

In 2019, the long-running Penguin Classics series released its first novel translated from Arabic: Tawfiq al-Hakim’s "Return of the Spirit", conveyed into English by William ... END_OF_DOCUMENT_TOKEN_TO_BE_REPLACED

Equality in divorce, a ban on polygamy: reformers of Islamic family law have a clear agenda. They are exploiting the ambiguity of traditional jurisprudence. By Joseph Croitoru END_OF_DOCUMENT_TOKEN_TO_BE_REPLACED

Decades of oil exports have completely destabilised culture and politics in the Middle East. Speaking with Lena Bopp, the renowned writer Amin Maalouf says that the distorted ... END_OF_DOCUMENT_TOKEN_TO_BE_REPLACED

Comments for this article: Democracy Hangs by a Thread

Democracy Hangs by a Thread

There are people; they don’t get it, until now. The Muslim brotherhood was not kept out of the political scene, the brotherhood itself didn’t want a part in the new government, on the contrary, they wanted it all or nothing, they wanted to rule alone. Where is the democratic ideal? On the other hand, why take a party into government which threatens shameless in public, to destroy the whole country and Sinai? And for the moment and near future Egypt needs first stability, which can never be accomplished while there are always violent demonstrations (Egyptians are not able to demonstrate peacefully, except the secular Tahrir activists). For this Egypt’s security forces are very much needed, like it or not. And by the way, the restrictive right to demonstrate is practiced in all democratic countries all over the world.