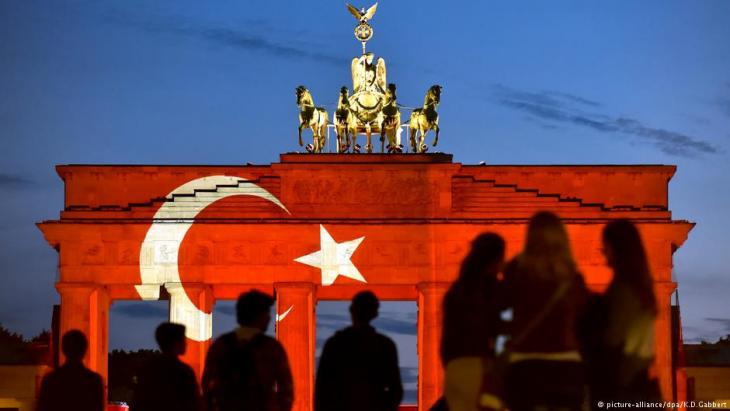 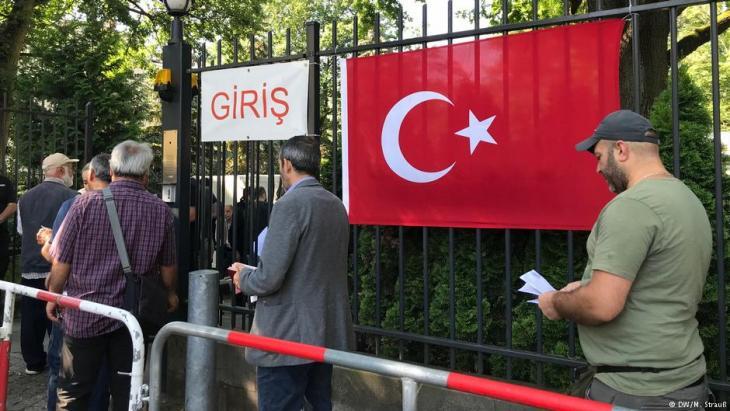 In a bar on the top floor of a hotel, Handan Karatas sits holding a martini and gazing down on the Kurfurstendamm boulevard in western Berlin. As the daughter of guest workers, she is among those for whom Turkey was always the true homeland – and always a dream away.

"In Germany I often experienced racism. Maybe that’s partly why my yearning for Istanbul grew," she says. After graduating, she fulfilled one of her dreams and went to live in the Turkish city for a few years. But she also experienced discrimination from other Turks. "There’s this image of what’s termed "Deutschlander": uneducated, nouveau-riche provincials picking up money off the streets."

Today, Handan is back in Berlin. In recent years, she says, the antipathy that Turks living in Turkey felt towards Almanci suddenly turned to hatred. The message coming out of Turkey was "you’re voting for the AKP, but you’re far away and don’t feel the impact."

"I observed that the "new wave Turks" are trying to show the world: we’re better than the other Turks," she continues. That the brain-drainers are scornful of the achievements of their parent’s generation is something that angers and saddens her. "Back then, people came under very difficult circumstances. People these days just sit in the nest and despise those who’ve feathered it so nicely for them." 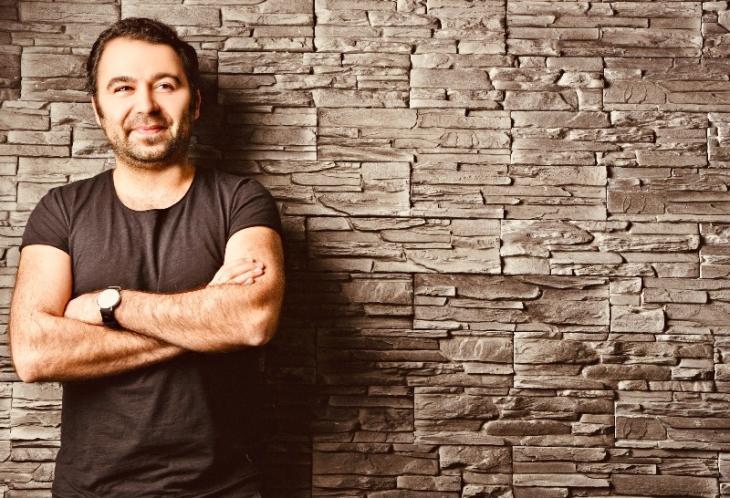 The mutual resentment and prejudice between "guest worker" and "brain drain" Turks is pointless and over the top: "after all, sooner or later every Turkish-born citizen in Germany will become a 'German'," says Berlin comedian Safak Salda

And the solution to the problem? "We need to sit down at the same table and talk to each other. After all, prejudice springs from ignorance," she says.

Someone else who is upset by the mutual reservations of his compatriots is Turkish-language Berlin comedian Safak Salda. He recently built the issue into one of his routines. The man with the friendly face is only too familiar with the reservations of the "new Turks". "When I came to Germany after finishing my studies, I didn’t think any differently, I must admit," he says. But as the years have passed, he has realised just how wrong he was.

"For decades, people here provided financial support to their relatives in Turkey. In 2018 alone, 800 million Euros were transferred from Germany to Turkey. And besides that, German-Turks on holiday in Turkey spend more than all the other tourists. You can’t profit from these people while despising them at the same time," says Salda.

And then there is a lot of ignorance, he says. "You just have to take a look at the people who came here from Anatolia back then. They include, for example, many Alevis who lost relatives in one of the attacks. And then there’s what’s known as the "suitcase baby generation" children, who were sent back and forth between the two countries because their parents were working so hard and didn’t have time to look after them, children raised by relatives and to this day unable to establish a relationship with their birth parents," Salda continues. And, he adds, we shouldn’t forget one thing: Sooner or later, each and every person with a Turkish background living in Germany becomes a "Deutschlander".

Ayaan Hirsi Ali’s new book "Prey" claims to examine how Muslim immigration threatens the rights of Western women. Indeed the injustices women face only seem to matter to her when ... END_OF_DOCUMENT_TOKEN_TO_BE_REPLACED

The Saudi national team is set to play the German Olympic squad at the Olympics in Tokyo later this month – a chance for the outsiders to make their mark. At the same time, and ... END_OF_DOCUMENT_TOKEN_TO_BE_REPLACED

I regret very much that I worked for the Bundeswehr. If the Taliban knock on my door, I hope they shoot me right away. Guest article by Ahmad Jawid Sultani END_OF_DOCUMENT_TOKEN_TO_BE_REPLACED

Muslims in Europe regularly experience threats, witness attacks and are the target of hate across national borders. Now the Council of Europe, the continent's leading human rights ... END_OF_DOCUMENT_TOKEN_TO_BE_REPLACED

The final defeat against Italy hurt England – but the racist insults against Saka, Sancho and Rashford were far more painful, revealing the deep rift running through English ... END_OF_DOCUMENT_TOKEN_TO_BE_REPLACED

END_OF_DOCUMENT_TOKEN_TO_BE_REPLACED
Social media
and networks
Subscribe to our
newsletter