There is something deeply paternalistic, even un-democratic, about the policy for choosing members of the German Islam Conference. The ministry deliberates behind closed doors. And the Muslims wait to see who will represent them. A commentary by Hilal Sezgin 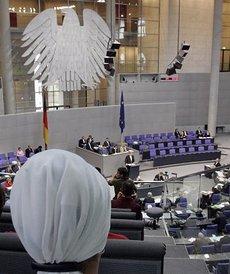 "How is it possible to conduct a dialogue with German Muslims in the context of the Islam Conference when those attending are not representatives of the Muslims – neither elected nor proposed by them?"

​​ They are often referred to as "secular Muslims". No one knows exactly what that means. If it means that they plead for the separation of church and state, then the majority of Muslims in Germany are presumably secular to the bone.

But if it means that they do not believe in Islam and merely have a Turkish or Arabic name – why call them Muslims at all? The German Ministry of the Interior, as host of the German Islam Conference, is quite enamoured of "secular Muslims".

This seems to be the case under the leadership of Thomas de Maizière just as previously under Wolfgang Schäuble. The latter had summoned the journalists Necla Kelek and Seyran Ates, both of Turkish extraction, to the Islam Conference, although they both reject Islam out of hand as a primitive patriarchal system and accordingly devote their energies more to fighting against Islamic associations than to trying to cooperate with them.

These two "Islam critics" will not be asked to attend in future, but will continue to advise the conference and to accompany its pubic appearances. What for? Haven't they already made life hard enough for the Muslims in Germany with their platitudes and slurs?

As every conservative interior minister seems to be plagued by the fear that right-wing voters could take offence at an all-too-consistent alliance with genuinely Islamic Muslims, de Maizière has come up with his own new set of secular Muslims for the conference. He has invited, among others, Hamed Abdel-Samad, who is very popular with the online Right and who will be appearing with the populist Islam critic Henryk M. Broder on the ARD television station starting late this year.

Also called to sit on the conference are two individuals of Kurdish origin, both seasoned and committed. The only problem is, neither has publicly or voluntarily identified himself with Islam to date. On the contrary: the attorney Gönül Halat-Mec even co-founded an association in Frankfurt for progressive women of Turkish origin who explicitly don't want to be addressed only as Muslims. Such initiatives are commendable and important.

Once a Muslim, always a Muslim? 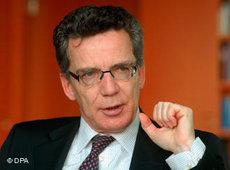 Interior Minister de Maizière recently appointed some new participants for the next meeting of the Islam Conference. He suspended the Islamic Council because its largest member, the Islamic community Milli Görüs, is currently under investigation

That there might be overlaps – a Muslim mayor or minister – apparently has occurred to no one. And it's completely unrealistic after all. A damning indictment for a country that has allegedly acknowledged its status as a land of immigrants. The German Germans please take a seat on the political side. The rest, the ones with the funny names, kindly be seated on the Muslim bench.

There is something deeply paternalistic, even un-democratic, about this participation policy. The ministry deliberates behind closed doors. The Muslims wait to see who will represent them.

But that hybrid construct is difficult to comprehend. How is it possible to conduct a dialogue with German Muslims in the context of the Islam Conference when those attending are not representatives of the Muslims – neither elected nor proposed by them, and in some cases not even willing to identify themselves as Muslims?

Interview with Wolfgang Schäuble on the Islam Conference
"We Are Tolerating One Another"
His long-term goal is to give Islam equality in Germany. German Interior Minister Wolfgang Schäuble talks about the dialogue with the Muslims, German fears, and the Milli Görüs movement. Interview Sabine am Orde and Ulrich Schulte