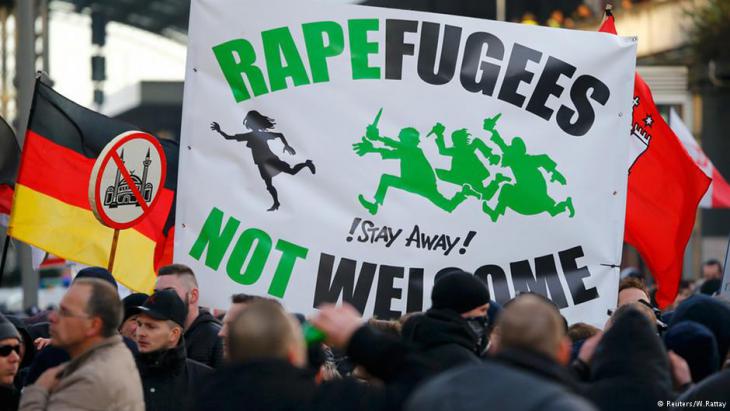 A gift from the gods

What happened in Cologne is being instrumentalised on all sides. Islamist preachers such as Pierre Vogel and Muslim representatives in Germany are using the events to clalm that salvation lies, as ever, in the strict observance of religious rules. This is simply serving to widen the rift, writes Stefan Buchen

Of course the New Year's Eve gropers have criminal profiles that can be analysed. Of course their deeds have underlying causes that can be investigated. But in the heated debate that has ensued following the Cologne sex attacks, such efforts have for the most part fallen by the wayside. Instead, the events of that night are being cannibalised. Anyone waiting for a chance to pipe up against refugees, Islam or young men of Arab appearance is now really letting rip. The results can be surveyed online, on television and at political party gatherings.

But the outbreaks of violence on New Year's Eve are not only a gift from heaven for the xenophobic and all those who finally want to settle their scores with "Merkel's refugee policy". The institutionalised Islamic milieu in Germany will also know how to exploit the crimes to further its own interests. Are the perpetrators not misguided Muslims who have contravened the religious commandments? Could they not have spared themselves this disgrace if they had attended prayers, instead of – disinhibited by alcohol – indecently approaching complete strangers? Verily, we know the path upon which the sinners can cleanse themselves and upon which their brothers and peers can steel themselves against similar outrages!

A "wake-up call for Muslims"

As is so often the case, the former boxer Pierre Vogel was quickest off the mark. "The messenger of Allah said: 'For one of you to be stabbed in the head with an iron needle is better for him than that he should touch a woman who is not permissible for him'," proclaimed the preacher, whose followers call him Abu Hamza, on his Facebook page. In a video message, he added that "the incidents in Cologne" should be a "wake-up call for all Muslims". The perpetrators' problem is that they don't observe the faith, he said.

But the staunchly fundamentalist Internet and street preacher Vogel is not the only one who breaks his cover to launch a counter-attack. On the website "Islam.de", the Chairman of the Central Council of Muslims Aiman Mazyek declares that the young men in Cologne had committed "a mortal sin". His message: those who are devout immunise themselves against such "outrages". Mazyek's statement also takes a potshot at a secular society characterised by events such as the Munich Beer Festival and Carnival, a society he claims has an increased need for "women’s shelters". 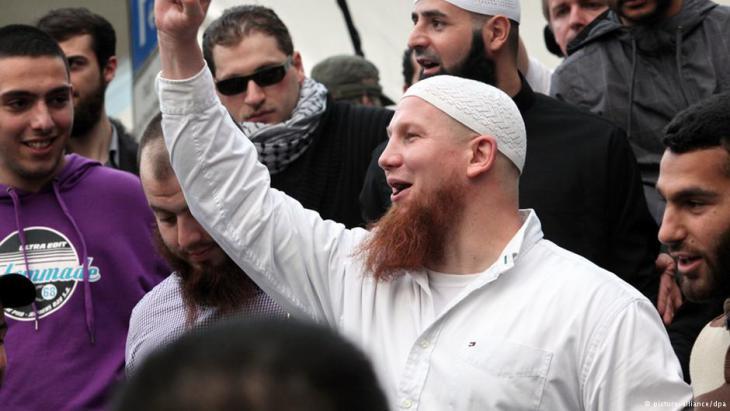 According to the Salafist preacher Pierre Vogel, the events in Cologne constitute ″a wke-up call for all Muslims″. The perpetrators′ problem is that ″they were not practising the Islamic faith″

The journalist Khola Maryam Hubsch agrees on Qantara that the Cologne perpetrators had "ignored the Koranic ban on alcohol". In the battle against a "misogynist mentality", Islam can serve as a "partner", she adds.  Although it is understandable that believers will be moved to defend Islam in the post-Cologne debate, it is astonishing how fast some of the faith's best-known and most strident mouthpieces in Germany are turning the events into an instrument of da'wah.

The rhetoric is delivered in two stages: Islam is wrongly defamed by the German majority society as anti-women and with ideas that incite violence. We cannot get around these overarching prejudices. Therefore, there is no point in cosying up to the majority society. Salvation lies in the strict observance of religious rules.

Institutional Islam is attempting to sieze the moment to rally Muslims in Germany, particularly the "lost sheep". Alongside the inflammatory statements of PEGIDA & Co, this rhetoric will simply serve to polarise society. Associations, mosque communities and other public structures of Islam in Germany have failed to find a way of communicating Islamic values that is in step with our time. For some time now, this conveyance of values has only succeeded, if at all, in a private context within families. This applies to the "immigration society" as well as to the nations of origin.

It is extremely doubtful whether real institutionalised Islam in Germany can help to find solutions to the problems that have been thrust under the spotlight in so abrupt a manner.

Its concepts and appropriation claims are too absolute for that. The way the "alcohol problem" is discussed is evidence of this alone. The perpetrators of Cologne were "drunk" and therefore broke the Koranic rule. But with radical proscription teachings such as this, grounded as they are in ethics and religion, there can be no constructive mapping of the future of adolescents in Germany. 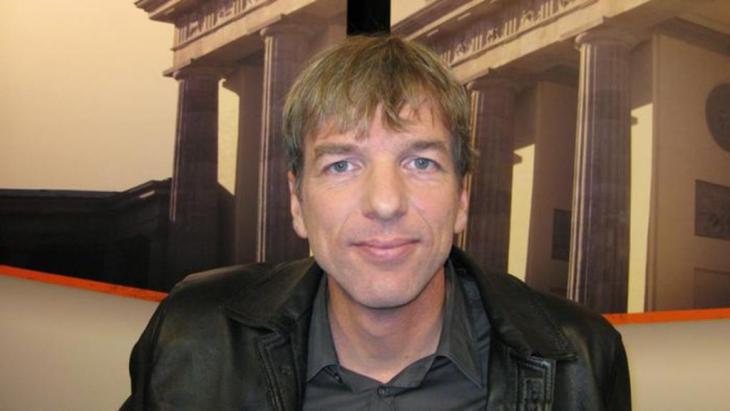 These young men come from societies where – thanks to Saudi influence and Hanseatic business sense – you can only buy alcohol-free strawberry-flavoured Holsten. This doesn't have much to do with traditional Islamic culture. Regardless of what it says in the Koran, traditional Islamic societies consumed wine and other intoxicating drinks, from date schnapps through to fermented mare's milk. Ample evidence exists in both literature and architecture of a culture of drinking with its own rules, forms and times. A coquettish attitude to religious bans and the witty provocation of self-styled religious guardians were part and parcel of life. And common decency required that this should not overstep the mark.

How then should adolescents, who have had the bitter prohibitive culture of "modern" Islam drummed into them in their countries of origin, be introduced to ways of dealing responsibly with the attractions of the Western world? The institutions of official Islam in Germany appear to have no other answer to this than the infusion of the highly prohibitive culture in question.

The consequences are predictable. The mechanism of blame (-accusations) and atonement (-expectation) is only too familiar. The perpetrators of Paris, the Syria warriors from Germany and other European countries were once, almost without exception, small-time thieves and dealers and had therefore served time in prison. It was here that they frequently encountered an Islamic cleric in a pastoral role, someone who would direct them to the "straight path". We should not be surprised if one or more of the New Year's Eve gropers reappears at some point as a perpetrator in Syria, or somewhere between Paris and Berlin.

An Algerian friend described to the writer of this piece how, as a school-age student in the 1980s in Algeria, he was faced with the choice of either joining the "devout practising Muslims" or the "mafia of drug dealers and consumers". There was nothing in between. Anyone who didn't feel like joining either group of youngsters had to isolate himself and was "socially dead", he said. The Algerian friend emigrated to Canada where he is now leading a contented life.

The danger is that these stringent life plan alternatives – either religious austerity or criminality – also anchor themselves in immigration society in Germany. This process has been evident for some time already in many neighbourhoods of German cities both large and small. The focus must now be to find a way out of this fatal dichotomy.

After at first agreeing to accept the grand prize as "Cultural Personality of the Year" in the Sheikh Zayed Book Award, Juergen Habermas then decided to decline the honour. A ... END_OF_DOCUMENT_TOKEN_TO_BE_REPLACED

Philosopher Juergen Habermas was due to be awarded a major Arab prize in Abu Dhabi, but has turned it down following criticism. This decision torpedoes Arab efforts at a ... END_OF_DOCUMENT_TOKEN_TO_BE_REPLACED

At nearly 92, Juergen Habermas is still advocating for a robust and transparent civil society. Now Germany's greatest living intellectual has rejected a book award from the United ... END_OF_DOCUMENT_TOKEN_TO_BE_REPLACED

Violent and racist crimes are on the up in Germany, according to official statistics on politically motivated crimes. Crimes by right-wing extremists hit their highest levels ... END_OF_DOCUMENT_TOKEN_TO_BE_REPLACED
Author:
Stefan Buchen
Date:
Mail:
Send via mail

END_OF_DOCUMENT_TOKEN_TO_BE_REPLACED
Social media
and networks
Subscribe to our
newsletter