The search-and-rescue ship Aquarius saved nearly 300 people in the Mediterranean Sea over Easter 2018. During one operation, European maritime authorities prevented the NGO workers from rescuing 80-90 men. By Filip Warwick 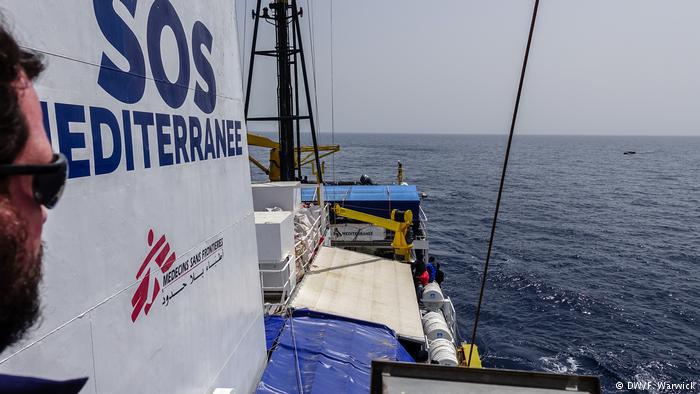 First on site: at around 10:30 a.m. on Saturday, March 31, the search-and-rescue vessel Aquarius, along with the Libyan coast guard, was alerted by the Italian Rescue Maritime Co-ordination Centre (IMRCC) that a rubber boat was in distress in international waters. Aquarius is manned by rescue workers from SOS Mediteranee, medics from Doctors without Borders (MSF) and a nautical and technical crew 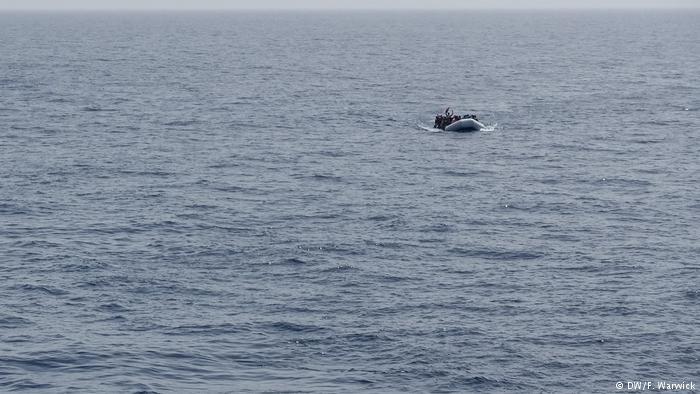 People in distress: Aquarius made first contact with the rubber boat in international waters at around 11:00 a.m. Soon after, the SOS head co-ordinator was informed by IMRCC that the Libyan coastguard would take charge of the rescue operation. As people in the overcrowded rubber boat, visibly in distress, waved frantically, Aquarius was instructed to standby and await further instructions 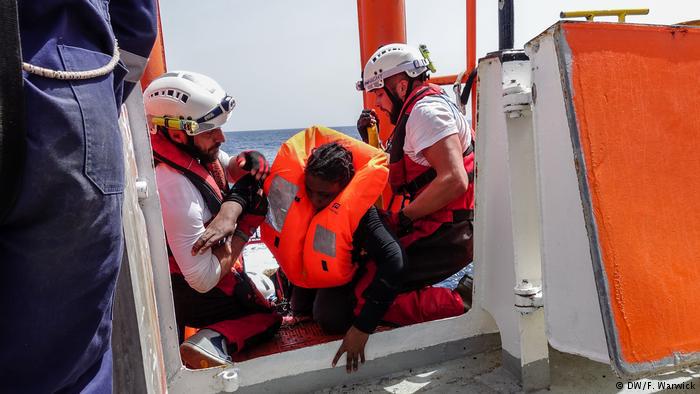 Helping hand: two hours later, and with no Libyan coastguard in sight, the Aquarius was able to convince the IMRCC and the Libyans to allow them to rescue children, women and families. They evacuated 39 vulnerable people. They had to leave the remaining 80-90 men on the rubber boat to the Libyan coastguard. The Aquarius has the capacity to carry 500 rescued people 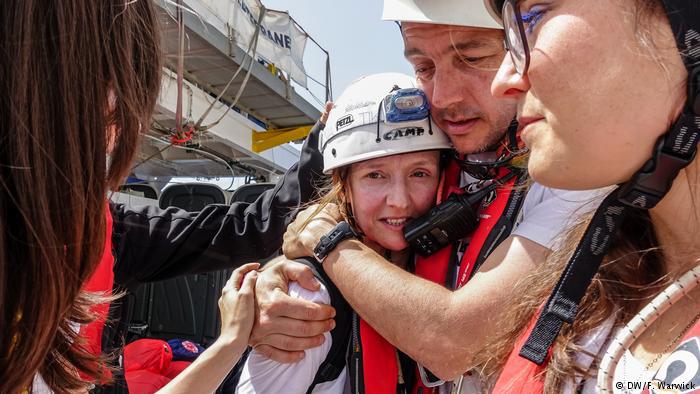 All in it together: MSF nurse Sylvie was on board the Aquarius' fast-speed rescue boat, whose personnel identified medical and vulnerable cases later evacuated to the NGO ship. Over the course of three missions, the staff saved 292 people from more than 20 countries, the majority from sub-Saharan Africa. Besides showing signs of dehydration, exhaustion and weakness, some also displayed signs of physical abuse 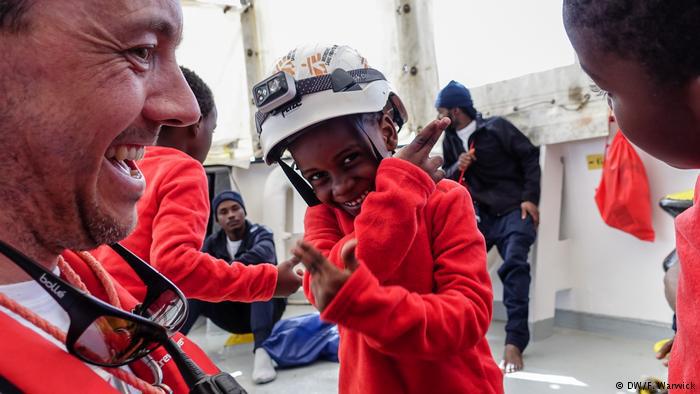 Having fun: as parents rested on the ship's deck, MSF logistician Francois took a moment to interact with the newly arrived children. Those rescued got a chance to bond with the ship's crew as well as to express themselves in safe and secure surroundings 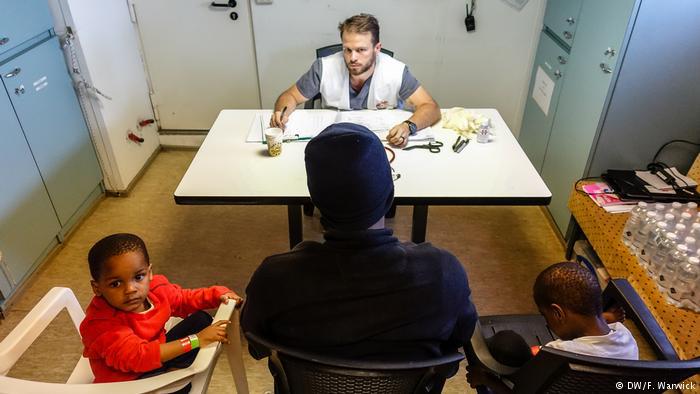 Doctor's orders: Dr. Dan from California gave each new arrival a check-up to see whether anyone was in need of urgent medical care. Once on land, those rescued are examined by local medical staff in Italy 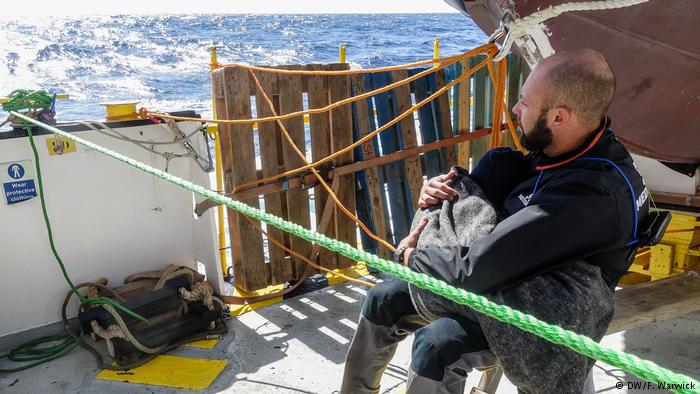 Holding tight in rough weather: as the vessel pitched and rolled in strong winds, SOS Mediteranee team member Theo cuddled a child rescued the day before. "As a seaman it's your duty to save anybody in distress," he said. "We all shed tears yesterday. I had a baby and children in my arms. We helped some women. What's the most important is to get all these out people out of the water, to save them and for them to survive" 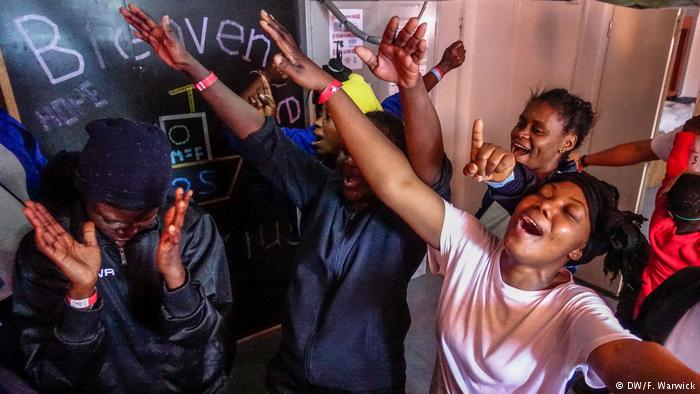 Thanking the Lord: as the Aquarius approached the Sicilian city of Messina, the designated Italian port of safety, many of the rescued women began singing French and English gospel songs praising the Lord and thanking him for safe passage across the Mediterranean Sea 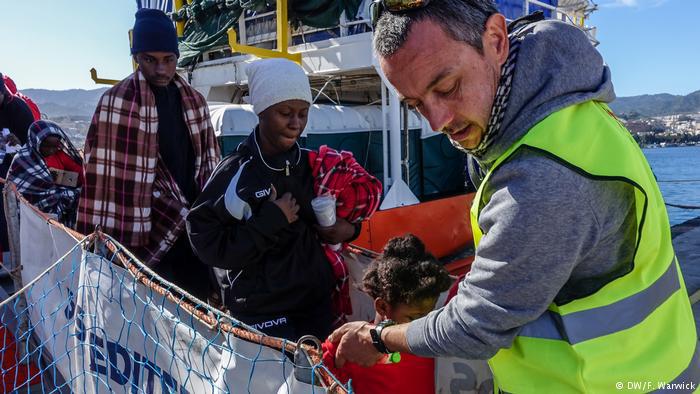 On terra firma: Francois personally helped all 292 men, women and children disembark. "Emotionally it was really hard, because once the last guy stepped out on shore, it was over. I could just call everyone and say disembarkation successfully finished, and then I felt empty" 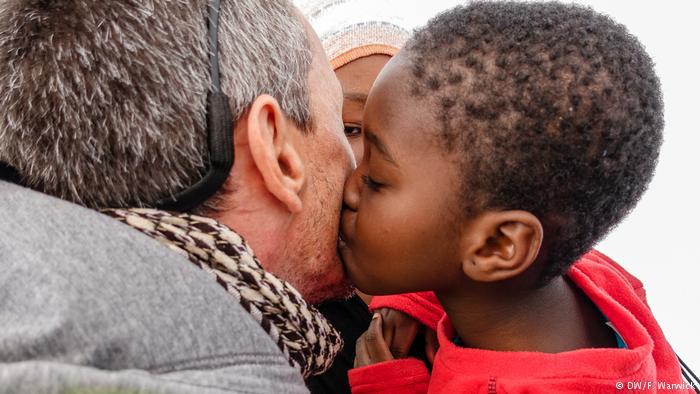 Thank-you kiss: these lucky people made it to Europe. According to international NGOs figures, between 750,000 and 900,000 immigrants and asylum-seekers remain trapped in Libya, whose migrant detention centres the UN has called inhumane. Many see merely one way out: to attempt to cross one of the world's most deadly seas in rubber dinghies that are no more than floating death traps

END_OF_DOCUMENT_TOKEN_TO_BE_REPLACED
Social media
and networks
Subscribe to our
newsletter