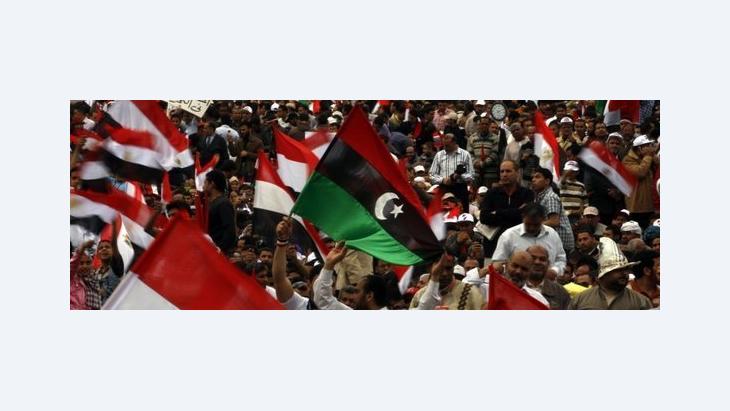 Nine Months After the Upheaval in the Arab World

Is the Revolution Devouring Its Children?

﻿﻿﻿The Arab World is no longer what it used to be. Nor are the rebellions; in many places the initial revolutionary euphoria is giving way to concerns about the future. Stephanie Doetzer sketches a picture of the mood in recent months

﻿The mood certainly isn't what it used to be. Some Internet activists may still believe in the advent of a new era. And some eternal optimists may still claim that whatever happens, it can't be worse than it was before. A rather silent majority, however, is longing for peace and quiet, and for affordable staple foods.

Depending on who one talks to, the dream of a better future seems more a less reachable and chaos more or less threatening. Certainly it also depends on the country: Tunisia is not Egypt is not Yemen is not Syria. And it certainly isn't Libya, let alone Bahrain.

While videos are still being feverishly uploaded and plans are being schemed, it is becoming quite obvious that the phase of rapid successes is over. Now seems to be the time of dogged power struggles, of Realpolitik, of international meddling and dubious alliances.

"When I talk to outsiders, I can tell them what I really think: that the current situation in my country and elsewhere in the Arab World is disastrous. That I think the protesters ought to go home. But when I sit with Arabs, I keep my mouth shut. If you publicly say that you don't believe in the revolutions, you'll immediately be accused of supporting the government," a Syrian in Beirut tells me. 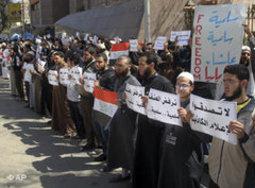 Ideological divides: The unity across ideological and religious divisions that briefly seemed possible in Tunisia and Egypt is currently not much more than a romantic idea, writes Doetzer

​​This year, nothing has been quite as unpopular in the Arab World as criticism of the rebellions. Yet the sceptical voices are gradually becoming louder.

The unity across ideological and religious divisions that briefly seemed possible in Tunisia and Egypt is currently not much more than a romantic idea.

With hindsight it is clear: Unity was founded on a common enmity rather than a shared vision for the future.

Ideological barriers that seemed to be overcome earlier this year are reemerging in full force: between the secular and the religious, Sufis and Salafis, anarchists and conservatives, and, maybe above all, among the Islamists.

In Northern Lebanon, a Syrian refugee from Tel Khalakh tells me: "I want to be free to be a Muslim." Democracy, he says, is the rule of the majority and the majority is Sunni.

"What freedom are they talking about?" a Syrian from Damascus, this time from a Christian family, asks me only a few hours later. "The same people who go on the streets and chant slogans about freedom – they would never let their daughter marry whoever she wants or let their son change his religion. What do they mean by freedom?"

At the same time Egyptians are busy arguing whether a "civil state" is a secular state or a state with an "Islamic frame of reference" or simply a government that's not a military government. The answers seem just as diverse as the definitions of freedom. 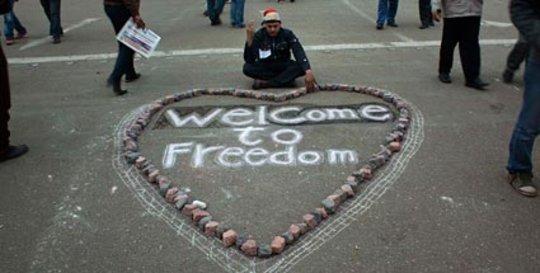 ​​While Islamist parties contributed little to the overthrows, be it in terms of thought or action, many of them do feel that their time has come. After all, there is one thing they can claim for themselves: Islamism is the only ideology that has not yet been discredited in the Arab World – if only because it never had a serious chance to prove itself.

In the midst of these debates full of mutual distrust, other subjects are often swept under the table. But it may be time to stop arguing about the role of Facebook and Twitter and to ask some uncomfortable questions.

No Arab dictatorship could have survived for decades if an overwhelming majority of society had not played along. So, how do you change societies in which conformity against one's own will is so widespread that it's no longer even noticeable?

And how does one deal with an opposition that demands just as much unconditional loyalty as the regime before it? How, in all the chaos, does one stay watchful enough to recognize the moment that the revolution devours its own children?

A few days ago Mohamed Yahia, one of the young Egyptian revolutionaries from Cairo who still enthuses about the mood on Tahrir Square, told me, "It is all much more difficult than we imagined it would be. Right now, it's a disaster. Yet, somehow I am still optimistic."

Where does he get his optimism from? "From the revolution itself. It was so incredible that ever since then I think: if that was possible, then anything is possible."

At the moment, however, it looks as if the real decisions are being made elsewhere than on the streets

Why are predominantly Muslim countries lagging behind when it comes to democracy and human rights? Dutch sociologist Ruud Koopmans uses a lot of figures to underpin his theory ... END_OF_DOCUMENT_TOKEN_TO_BE_REPLACED

While Tunisians remain committed to democracy, they are feeling the painful lack of economic and political progress. Much has been achieved in the way of personal freedoms, but ... END_OF_DOCUMENT_TOKEN_TO_BE_REPLACED

"Tlamess", a visually striking experimental feature by Tunisian director Ala Eddine Slim, brings two drop-outs together in a weird, wild cohabitation in the woods: a desperate ... END_OF_DOCUMENT_TOKEN_TO_BE_REPLACED

Tunisia is considered a paragon of the Arab Spring. Despite democratic reforms, however, a mood of political frustration and economic despair still prevails, particularly among ... END_OF_DOCUMENT_TOKEN_TO_BE_REPLACED

Equality in divorce, a ban on polygamy: reformers of Islamic family law have a clear agenda. They are exploiting the ambiguity of traditional jurisprudence. By Joseph Croitoru END_OF_DOCUMENT_TOKEN_TO_BE_REPLACED

Hassan Aourid is one of the most important political and intellectual figures in Morocco. In interview with Ismail Azzam for Qantara, Aourid outlines his vision of the decline of ... END_OF_DOCUMENT_TOKEN_TO_BE_REPLACED
Author:
Stephanie Doetzer
Date:
Mail:
Send via mail

END_OF_DOCUMENT_TOKEN_TO_BE_REPLACED
Social media
and networks
Subscribe to our
newsletter