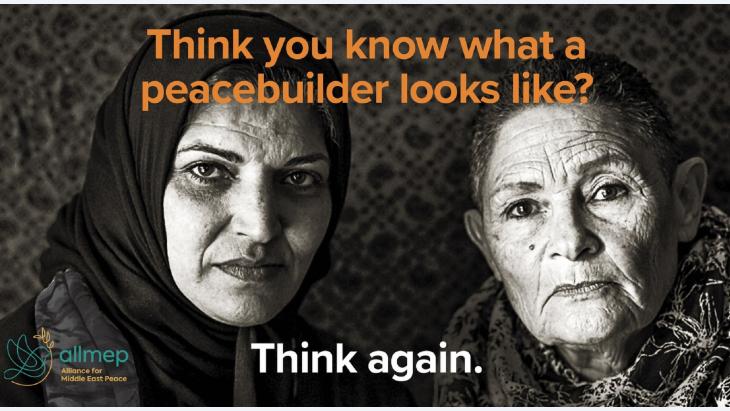 This week United States Congress passed the Nita M. Lowey Middle East Partnership for Peace Act, historic legislation delivering unprecedented levels of funding for peacebuilding in Israel and Palestine. This follows over a decade of advocacy by the Alliance for Middle East Peace – ALLMEP – toward the creation of an International Fund for Israeli-Palestinian Peace.

The law provides $250 million over five years to expand peace and reconciliation programmes in the region as well supports projects to bolster the Palestinian economy.

There is already growing international support for this effort. On 17 November, British MPs held a 90 minute debate in Westminster Hall, where every parliamentarian who spoke endorsed the concept and urged the United Kingdom to join the project, with Under Secretary of State James Duddridge committing to examine whether the UK will do so following the President-elect Biden’s inauguration in January.

Congresswoman Nita M. Lowey, the House Appropriations Chairwoman and the lead Democrat on the Middle East Partnership for Peace Act, which passed the US House of Representatives over the summer, stated, “It’s my fervent wish that before I retire, I will have helped cement congressional support for your work through the passage of the Middle East Partnership for Peace Act. Together, we have come so far to advance this legislation through the House of Representatives with broad bipartisan support.”

Congressman Jeff Fortenberry, Member of the House Appropriations Subcommittee on State and Foreign Operations and the lead Republican on the Middle East Partnership for Peace Act, stated, “We have worked so hard to achieve a new, positive vision for what can happen when we bring people together…in projects that are mutually beneficial.  We often talk about a roadmap for peace, and every road needs a foundation.  [The Middle East Partnership for Peace Act] is that foundation.”

This historic enactment comes days after ALLMEP held its largest ever event, "Shine a Light". This virtual gala aimed to explain this fund to a wider audience, amplify the vital work of ALLMEP’s 125+ member organisations, and build support for ALLMEP’s programmes in the region as well as its advocacy efforts around the world.

John Lyndon, Executive Director of ALLMEP, said: “We thank Chairwoman Lowey, Congressman Fortenberry, Senator Coons, and Senator Graham for their dedication to ensuring that this vision – which ALLMEP has championed for over ten years – has now been brought to life. With Israelis and Palestinians more polarised than ever, this Fund can radically scale programmes designed to upend that reality, creating the relationships, movements and leaders that any just and equitable peace must be based upon. We are also excited about the opportunity this legislation opens for a genuinely multilateral approach to peacebuilding, allowing the U.S. to lead on the creation of a new, inclusive and institutionalised approach to peacebuilding alongside its global allies.”     (ALLMEP.org)

In Nathan Englander's novel "kaddish.com", a Jewish man is plagued by feelings of guilt and regret for disregarding the rules of the Kaddish (prayer for the dead) for his deceased ... END_OF_DOCUMENT_TOKEN_TO_BE_REPLACED

Russia is leaving no stone unturned in its attempts to make the Islamic Republic an ally in the war against Ukraine. Fortunately for Vladimir Putin, the mullahs in Tehran are ... END_OF_DOCUMENT_TOKEN_TO_BE_REPLACED

It is possible to write about the Holocaust and the crimes of colonial powers without downplaying anything. In her latest book, Charlotte Wiedemann focuses on the numerous blind ... END_OF_DOCUMENT_TOKEN_TO_BE_REPLACED

The Palestinian militant organisation Hamas, with Hezbollah's help, is building up a military presence in Lebanon, the ultimate consequences of which could be devastating, writes ... END_OF_DOCUMENT_TOKEN_TO_BE_REPLACED

With his fist bump greeting for a man he previously called a pariah, US President Biden has paved the way for Saudi Crown Prince Mohammed bin Salman's return to the international ... END_OF_DOCUMENT_TOKEN_TO_BE_REPLACED

Asked about the Shoah, Palestinians often bring up the Nakba, the displacement of Palestinians associated with the founding of the state of Israel. An Israeli Holocaust researcher ... END_OF_DOCUMENT_TOKEN_TO_BE_REPLACED
Date:
Mail:
Send via mail

END_OF_DOCUMENT_TOKEN_TO_BE_REPLACED
Social media
and networks
Subscribe to our
newsletter