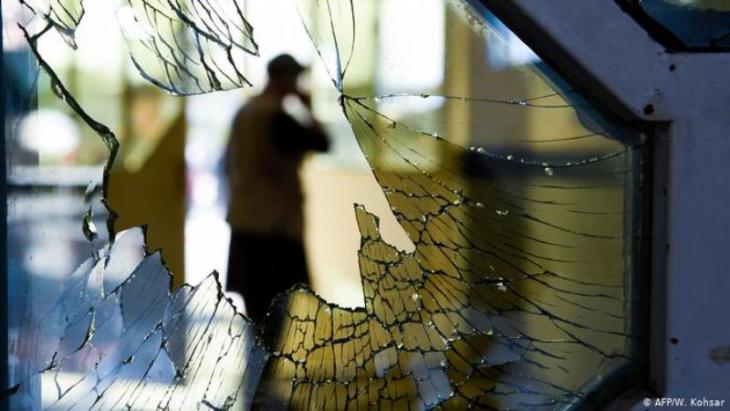 A recent surge in attacks by Islamic State Khorasan Province in Afghanistan, claimed or otherwise, suggests the terrorist group is intent on disrupting any long-term peace initiatives between Kabul and the Taliban. By Emran Feroz

Overall violence in Afghanistan had abated somewhat as large numbers of both Taliban and Afghan national forces continued to informally observe a ceasefire called during Eid, which marked the end of Ramadan in late May. But on 30 May, a roadside bomb in Kabul killed a journalist and a driver from an Afghan television station and the Afghan franchise of the Islamic State – known as Islamic State Khorasan Province (ISKP) – claimed responsibility.

On Tuesday 3 June, another attack occurred killing Mawlana Muhammad Ayaz Niazi, a well-known cleric who served as the preacher of the Wazir Mohammad Akbar Khan mosque in the heart of Kabul. Niazi’s murderers are unknown, but in this case, too, many believe that ISKP, which also hunts religious figures, was somehow involved. The surge of ISKP attacks suggests to many Afghan experts that the terrorist group is intent on disrupting any long-term moves toward peace.

Many of the most brutal attacks over the last few weeks appear to have been the work of the ISKP. One of the bloodiest occurred on 12 May, when at least 24 mourners were killed by ISKP militants at a funeral in the eastern province of Nangarhar. On the very same day, another gut-wrenching massacre took place in west Kabul. A maternity clinic run by Medecins Sans Frontieres was attacked by gunmen disguised up as security personnel and medics.

Twenty-four civilians were murdered while dozens were injured, including women and newborns. While no group took responsibility, many observers believe that ISKP was behind the attack, noting that this attack, like others committed by ISKP, targeted Shia Hazaras. A few weeks earlier, in late March, ISKP attacked a Sikh temple in Kabul’s old town, killing 25 members of the Afghan Sikh community.

While the "big brother" of ISKP, the Islamic State in Iraq and Syria, is largely known in much detail, its Afghan branch has remained shrouded in mystery since its first appearance in 2015. In a further perplexing twist, it would seem that there is barely any connection between the two. "I consider them separately, because of the geography as much as anything else," said Thomas Ruttig, co-director of the Afghanistan Analysts Network.

Ruttig said many of these Afghan Islamic State militants act independently of each other, suggesting that negotiation could well prove impossible. "They don’t have to interact with each other. They are able to operate separately, while proclaiming attacks under one banner. That’s the whole idea of the Islamic State’s franchise terrorism," Ruttig said. 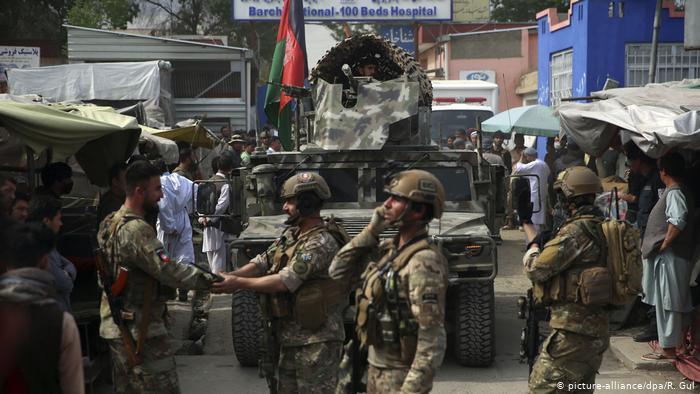 Sowing mistrust between the Taliban and the Afghan government: after the horrific attack on the maternity ward in May, the government was quick to blame the Taliban, though no group took responsibility and some analysts thought the ISKP was much more likely responsible for the attack. "Obviously, the attack bears all the hallmarks of the ISKP. It doesn't make sense for the Taliban to have carried it out," says Thomas Ruttig

As a result, like many other observers of the Afghan war, Ruttig believes that despite a U.S. orchestrated plan for peace talks, long-term stability in the country appears far-fetched as long as terrorist groups like ISKP exist.

According to Waheed Mozhdah, a late Afghan analyst and writer known for his insight on Islamist militant groups, "war in Afghanistan will decrease but conflict and bloodshed will not vanish." Mozhdah himself became a part of his analysis when he was killed last November by unknown gunmen in Kabul.

You may also like: Interview with Thomas Ruttig – Afghanistan's democracy in reverse gear

Appealing to the middle classes

A new report by the U.S. Institute of Peace suggests that the ISKP is laying the groundwork for ideological radicalisation, not just in rural, but also in urban areas in Afghanistan. Even if a final peace deal is reached between the Afghan national government and the Taliban, this is unlikely to stop. The report, by Borhan Osman, one of the leading experts on militant groups in the region, notes that many ISKP members have a middle-class, educated background and are from urban areas like Kabul.

"In contrast with their rural counterparts, who often step into the jihadist enterprise in the absence of promising normal career options, a significant number of those joining ISKP from the central urban areas (Kabul and the surrounding urban centres of Parwan, Kapisa and Panjsher Provinces) come from families that can be labelled 'middle-class'," Osman wrote. Many are non-Pashtuns who were radicalised in universities.

For some Afghans weighed down by decades of war and struggle, a little comfort and distraction can be found in the company of birds. As Mohammad Ismail visited Ka Faroshi bird ... END_OF_DOCUMENT_TOKEN_TO_BE_REPLACED

Ofarin is an association working hard in Afghanistan to provide girls an education. Founded by German aid worker Paul Schwittek it has transformed the lives of a generation of ... END_OF_DOCUMENT_TOKEN_TO_BE_REPLACED

The latest attack on Kabul University left staff and students feeling desperate and vulnerable. An international letter of solidarity aims to express support for the academic ... END_OF_DOCUMENT_TOKEN_TO_BE_REPLACED

After the devastating fires in the Moria migrant camp on Lesbos, Muhammad spent days on a sealed-off section of road with thousands of others. His most fervent wish is to leave ... END_OF_DOCUMENT_TOKEN_TO_BE_REPLACED

The Soviet Union's 1979 invasion and 10-year domination of Afghanistan started the country's descent into poverty and lawlessness. The country still has not found peace. People ... END_OF_DOCUMENT_TOKEN_TO_BE_REPLACED

After the al-Qaida terrorist network attacked the US on 11 September 2001, Germany backed the US-led military and diplomatic mission in Afghanistan – and still does. Nineteen ... END_OF_DOCUMENT_TOKEN_TO_BE_REPLACED
Author:
Emran Feroz
Date:
Mail:
Send via mail

END_OF_DOCUMENT_TOKEN_TO_BE_REPLACED
Social media
and networks
Subscribe to our
newsletter