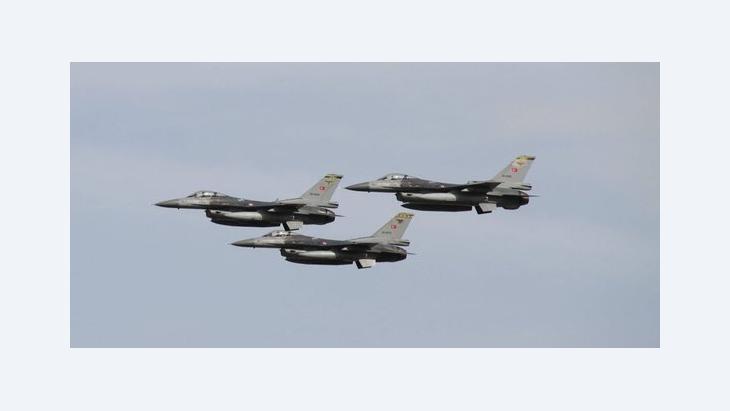 Last Chance to End the Misery

﻿The imposition of a no-fly zone in 1991 against the regime of Saddam Hussein worked wonders for Iraqi Kurdistan. Twenty years later, a no-fly zone in Libya led to resolution of the conflict there. Why shouldn't it also be tried in northern Syria? A commentary by Silke Mertins

Ten years ago, arriving in Sulyimaniya from Baghdad was a truly bizarre experience. In the Iraqi capital, palaces were open while the schools were shut, and everyday life was marked by looting, power blackouts, and traffic chaos. At the same time, the Kurdish north seemed as pristine like Swabia in southern Germany after its traditional "spring cleaning" weekend.

Police officers kept an eye out to make sure that drivers only let out their passengers on the sidewalk. Telephones worked and hotels even accepted credit cards. Saddam Hussein's torture chambers had already been transformed into memorial sites. On the economic front, there was a noticeable sense of modest prosperity.

The Kurds owed this small miracle in northern Iraq to "Operations Provide Comfort", the no-fly zone south of the 32nd parallel and north of the 36th parallel, which was imposed by the Americans, British, and French in 1991 after the Kurdish and Shiite uprising. 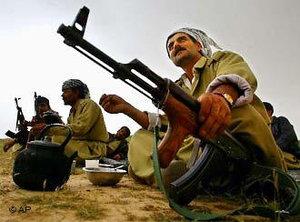 Kurdish resistance in the fight against Saddam Hussein: The Peshmerga consisted of armed units of the Kurdish KDP and PUK. After the imposition of the northern no-fly zone in Iraq, they controlled the country's Kurdish region

​​As the Peshmerga, the Kurdish resistance movement, was then able to defend its territory on the ground, the Kurds were able to de facto liberate themselves from dictatorship of Saddam Hussein some ten years before the other Iraqi regions, which remained under his control. The Kurds took advantage of the situation to set up their own state structures.

Why, then, shouldn't a no-fly zone also work in the case of northern Syria? One doesn't have to be a fortune teller to be able to predict the outcome of the international conference on Syria scheduled for this June. In the best-case scenario, a working group will emerge.

Not long ago, an important segment of the opposition, the National Syrian Coalition, met in Istanbul. The group remains uncertain as to whether it should participate in negotiations with the Syrian regime. With more than 70,000 casualties resulting from the Syrian civil war, many regard any compromise at this point as unthinkable. 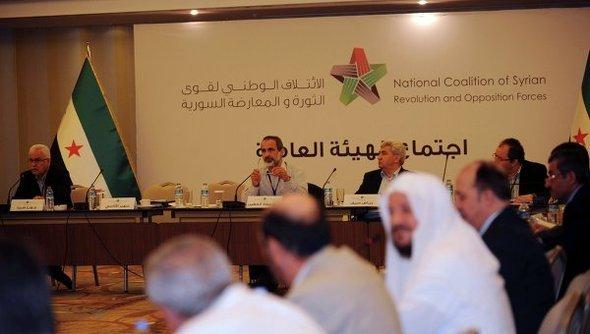 A deeply divided opposition: At its meeting in Istanbul, the 60 members making up the Syrian National Coalition failed once again to firmly anchor liberal forces into its fold. It rejected giving greater power to the liberal block of the opposition politician Michel Kilo

​​The West has no choice but to look into other options. Perhaps a lifting of the arms embargo or even weapons deliveries to specific groups? This would be a dubious undertaking, as weapons could easily fall into the wrong hands, such as the Jihadists, who would employ them not only against the "local enemy", Bashar al-Assad, but also against the "foreign enemies", America and Europe.

It would also mean taking up common cause with the monarchies of Saudi Arabia and Qatar, which have already been supporting the mainly Sunni opposition against the ruling Alawite elite through arms deliveries. Their aim, however, is anything but the establishment of democratic structures in Syria.

And what speaks against the imposition of even more stringent sanctions against the Assad regime? Until now, the punitive measures have led to nothing. A regime that manages to win more and more on the ground could care less.

Sanctions merely provide Western decision-makers with the comforting feeling of at least not having turned their backs on the conflict. They certainly can't be blamed for not wanting to become embroiled in another war like Afghanistan or Iraq. Neither the American nor the European public would support such a move.

Libya as a model?

What, then, is there to object about a no-fly zone? The Western allies used this measure in Libya to engage in an air war, which hardly had anything in common with a flight ban. In northern Iraq, however, things were different. The USA, Britain, and France employed control flights to oversee the airspace.

Shots were taken often enough at the allied fighter jets. Saddam Hussein even offered a reward of 14,000 dollars for anyone shooting down a jet. No one managed to collect the reward. In the case of northern Syria, the air defence system installed in Turkey could put an end to air attacks. Fighter jets would merely have to patrol the air space.

A no-fly zone would enable the Syrian opposition to set up its own government and to create structures for a new Syria. The rebels would then have a secure base and refugees a safe sanctuary where aid organizations could also offer relief. In this way, the situation would not be completely relinquished to the Islamists. That in itself is worth the risk.

Of course, a no-fly zone is not without risks. And it could hardly be expected that the UN Security Council would support such a measure. Yet, it also offers hope to the long-suffering Syrians – perhaps the only hope left. The objection that an intervention would only make matters worse simply does not apply any more.

The parameters of the conflict have significantly changed now that we know poison gas has been used against civilians in Syria and that the Lebanese Hezbollah is openly fighting on the side of Assad. Things can't get any worse.

On 24 November 2019, the International Consortium of Investigative Journalists (ICIJ) – along with 17 media partners from 14 countries around the world – published the "China ... END_OF_DOCUMENT_TOKEN_TO_BE_REPLACED

The refugee crisis on Turkey's borders can only be resolved with a new EU deal. It should build on the current plan, but avoid its flaws, writes Ozgur Unluhisarcikli of the German ... END_OF_DOCUMENT_TOKEN_TO_BE_REPLACED

Children’s books shape the way we see the world as we grow up. In recent years calls have been growing for European publishers to reflect the increasing diversity. By Sonja ... END_OF_DOCUMENT_TOKEN_TO_BE_REPLACED

Germany and other member states of the European Union are for the first time making use of the so-called INSTEX mechanism to circumvent the sanctions imposed on Iran by the United ... END_OF_DOCUMENT_TOKEN_TO_BE_REPLACED

The coronavirus pandemic has disrupted social and economic life across the globe. But in the Middle East, authorities have coupled religious edicts with public health advice to ... END_OF_DOCUMENT_TOKEN_TO_BE_REPLACED

In the face of COVID-19, we need to admit the political mistakes of recent years and adjust our trajectory according to the compass of reality. People around the world – ... END_OF_DOCUMENT_TOKEN_TO_BE_REPLACED
Author:
Silke Mertins
Date:
Mail:
Send via mail

END_OF_DOCUMENT_TOKEN_TO_BE_REPLACED
Social media
and networks
Subscribe to our
newsletter