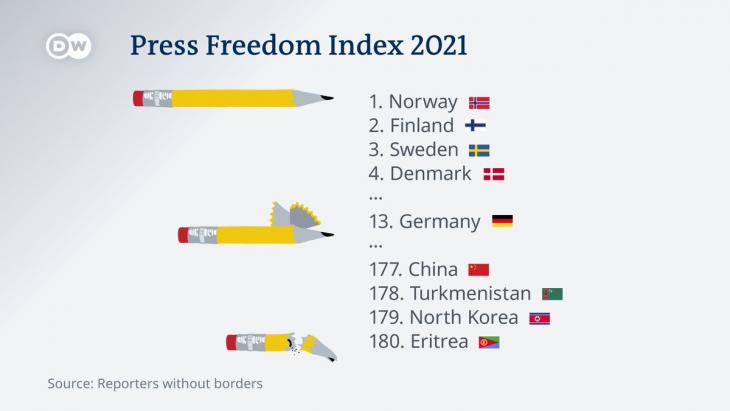 PEN Centre Germany is appealing to the world community and especially the European Union to stop ignoring the situation of freedom of the press and freedom of expression in Eritrea.

Since all independent media were banned there on 18 September 2001, triggering the unprecedented persecution of opposition figures and media representatives, there has been no sign of life from at least twelve journalists.

"Few countries in the world restrict press freedom as much as Eritrea. The Eritrean authorities must clarify the fate of all those who have disappeared and immediately and unconditionally release those who have been imprisoned for years solely for exercising their right to freedom of expression," says Ralf Nestmeyer, Vice-President and Writers-in-Prison Officer of German PEN.

"20 years ago, in September 2001, the Eritrean government started to openly crack down on the free press and violate basic human rights. Media workers were arrested and it is not known whether they are alive or dead. They have never been given due process and are still languishing in prisons for expressing their opinions," Yirgalem Fisseha Mebrahtu points out.

The Eritrean poet, journalist and writer had to hold out for six years in the worst conditions in May Swra Prison, where she was locked up without formal charges or trial, until her release. "September, especially 18 September, is dedicated to the memory of all political prisoners in Eritrea. On this occasion, I would like to appeal to the international community not to forget the fate of the 'Eritrean heroes of freedom of expression'."    (PEN Germany)

END_OF_DOCUMENT_TOKEN_TO_BE_REPLACED
Social media
and networks
Subscribe to our
newsletter