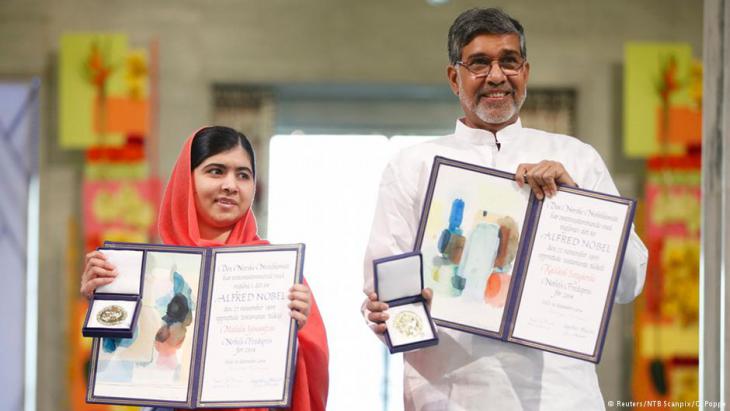 According to Florian Weigand, Malala Yousafzai and Kailash Satyarthi richly deserved to win the Nobel Peace Prize this year. However, he adds that the Norwegian Nobel Committee's decision to honour a Pakistani and an Indian is symbolic politics; the international community has no idea how to achieve sustainable peace in South Asia

Around the world, activists are fighting for peace, freedom and equality, often risking their lives to achieve this goal. Every year, the Norwegian Nobel Committee in Oslo honours one, two or three persons – in recent years even organisations – from thousands of nominees with the Nobel Peace Prize.

For years, the jury has obviously been following the focus of the media in awarding the prize, be it the man of hope, Barack Obama, five years ago, Chinese human rights activist Liu Xiaobo a year later, or the work of the Organisation for the Prohibition of Chemical Weapons, which received the prize last year for its work in Syria. The committee seems to have granted the prize in connection with regions or issues that have captured global media attention.

And the trend didn't change this year. Terrorism, Islamism and the persecution of Christians in Pakistan have been regular themes in the international media. Malala Yousafzai is now the world's best known counter-narrative to all the wrong things happening in her country; she really stands out. In order not to annoy neighbouring India with this hymn of praise for a Pakistani citizen, the prize was also awarded to an Indian. 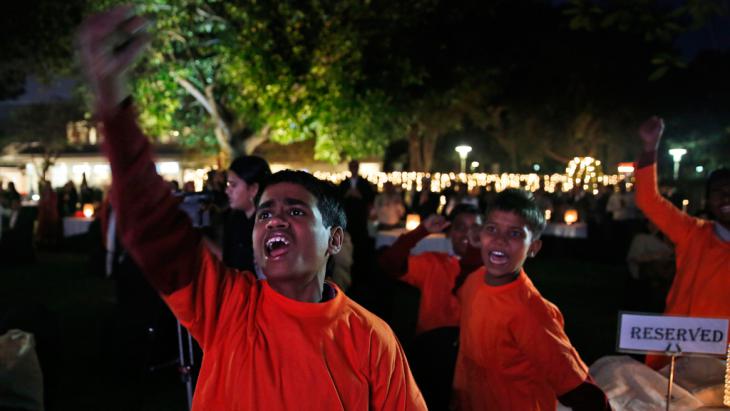 Rescued child labourers from the Bachpan Bachao Andolan, or Save Childhood Movement, at the Norwegian embassy in New Delhi cheer as founder of the organisation, Kailash Satyarthi, receives the Nobel Peace Prize

But let's be absolutely clear: the work done by the young Malala and her co-laureate from India, Kailash Satyarthi, deserves the utmost respect. At last, the award has once again gone to two people who have done remarkable things amid high personal risk; unlike Obama, who was honoured before he had even got started, raising hopes the laureate could never fulfil. Finally, there is the hope that the award will result in a sustained boost for their projects in India and Pakistan – also in the form of financial assistance, which would facilitate a long-lasting commitment.

However, the jury ultimately seems to have succumbed once again to stereotypes conveyed in the media, in this case about the subcontinent. According to this media image, Pakistan is a dark Islamist stronghold where girls can't go to school. While this may be true for the areas bordering Afghanistan and many villages in the countryside, this is certainly not the case in large cities such as Karachi, Lahore, Quetta or Islamabad. In these places you can even find elite universities for young women. In large cities, gender is not the decisive factor for determining someone's education prospects, but rather personal wealth.

India, on the other hand, is portrayed as an emerging, largely peaceful, colourful Bollywood-hued economic power with one major stain: the wealth of the elites is built on the bonded labour of lower classes, and especially on child labour. Hence it fits the picture that Oslo should choose Kailash Satyarthi, a crusader against child labour, for the Nobel Peace Prize. But let us not forget that India is also home to religiously and socially motivated violence, a lack of education opportunities for girls, and terrorism. 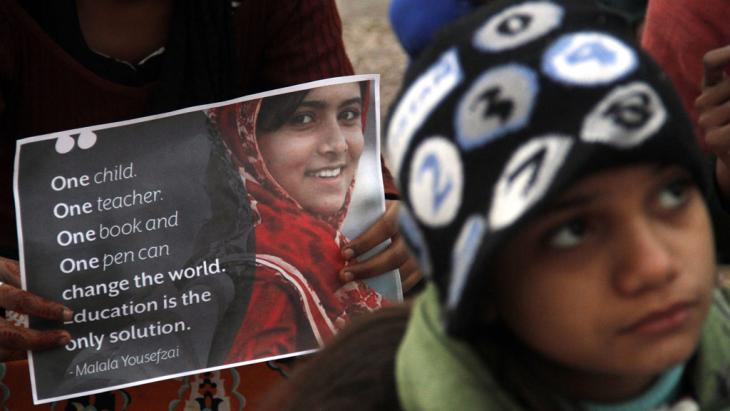 After confirming these stereotypes, Western countries might sit back and think that they have at least done something symbolic for the region. But the truth of the matter is that in terms of real politics, concepts for the future of the subcontinent are urgently needed but non existent.

India and Pakistan – neighbouring countries working without restraint to improve their nuclear capabilities – have fought two of their three wars since independence in 1947 over Muslim-majority Kashmir, which they both claim in full. A total of 1.5 billion people live in these two countries still plagued by poverty, terrorism and social injustice.

Nevertheless, the US and the EU only have a limited interest in resolving the problems between these two countries, as long as these issues don't lead to war. Pakistan is important, but only in relation to Afghanistan. The same is true for India, which is only significant for economic reasons. This is not a regional perspective.

Let's hope that the latest Nobel Peace Prize prompts the international community to get involved more closely with the subcontinent and to work towards the reconciliation of these long-time enemies. Only then will this Nobel Peace Prize truly have served peace.

Home
Print
Newsletter
More on this topic
Website of the Nobel Peace PrizeInterview with Asma Jahangir, winner of the Right Livelihood Award: "Every restriction is based on religion"Alternative Nobel Prize for the Palestinian Raji Sourani: "We just don't have the right to give up hope"Interview with the Yemeni Nobel Peace Prize laureate Tawakkol Karman: ''Saleh is the source of terror''Nobel Peace Prize to Iranian lawyer Shirin Ebadi
Related Topics
Malala Yousafzai, Muslim women, Women in the Islamic world
All Topics

India is generally considered to be the world’s largest democracy. As civic freedoms are being eroded, international experts now consider it seriously under threat. By Mira Mandal END_OF_DOCUMENT_TOKEN_TO_BE_REPLACED

COVID-19 has many negative impacts on children, particularly in terms of education and healthcare. Development projects in the Indian state of Assam show how actors can ... END_OF_DOCUMENT_TOKEN_TO_BE_REPLACED

Every year in December, the team at Qantara.de takes a look back at the articles that proved most popular with our readers. This year is no different. Here is a run-down of the ... END_OF_DOCUMENT_TOKEN_TO_BE_REPLACED

Four musicians – two Iranian, two Indian – have created an album of music inspired by the poetry of Rumi. Like the poet's works, the album advocates tolerance, inclusivity and ... END_OF_DOCUMENT_TOKEN_TO_BE_REPLACED

In 1971, Bangladesh seceded from Pakistan after a bloody civil war to become independent. But the events of that time are still largely taboo today. A reappraisal of this central ... END_OF_DOCUMENT_TOKEN_TO_BE_REPLACED

For Western listeners, the sound of the sitar is perhaps the most cliched musical symbol of India. Sitar player Hindol Deb, who lives in Cologne, Germany, has just released his ... END_OF_DOCUMENT_TOKEN_TO_BE_REPLACED
Author:
Florian Weigand
Date:
Mail:
Send via mail

END_OF_DOCUMENT_TOKEN_TO_BE_REPLACED
Social media
and networks
Subscribe to our
newsletter