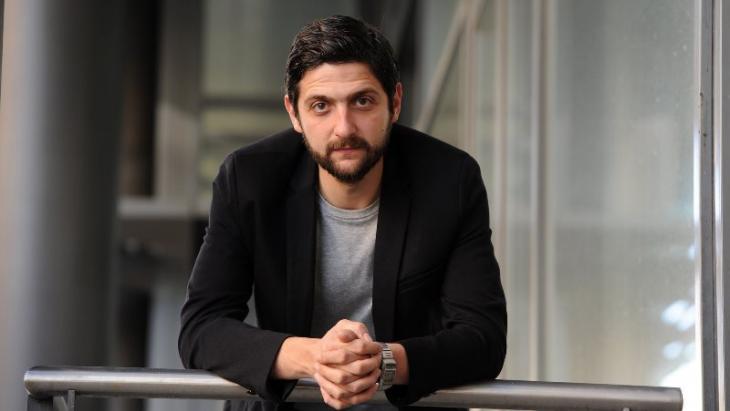 Unlike their parents and grandparents, the children and grandchildren of those who emigrated to Germany one or more generations ago now want a say in how things are done. In his new book "Das Integrationsparadox" (The Integration Paradox), Aladin El-Mafaalani explains why this leads to conflict. Daniel Bax read the book

Germany is still a long way from seeing itself as a country of immigration, even though over 20 percent of those who live here have what is known as a "migrant background", in other words either they or their parents immigrated to Germany. When it comes to schoolchildren, the situation is even more striking: one in three comes from a family with roots outside Germany.

In some schools in major German cities, such children – which certainly do not form a homogeneous group – are in the majority. Nevertheless, or perhaps specifically because of this, many people in Germany have difficulty coming to terms with this reality. This is illustrated by the frequently heated debates about integration, racism or the status of Islam in Germany.

Integration in Germany: much better than its reputation

The sociologist Aladin El-Mafaalani, however, is adamant that things are not nearly as bad as many think. He is of the opinion that integration in Germany is much better than its reputation. Indeed, in his new book called The Integration Paradox, he writes that it is "better today than it has ever been in the history of Germany". In this book, El-Mafaalani gives a first-hand account of integration: as the son of Syrian immigrants, he was born in the Ruhr region and grew up there. He worked as a professor at the University of Applied Sciences in Munster before taking a job as a head of department at the Dusseldorf-based Ministry of Integration of the state of North Rhine-Westphalia in 2018.

This is not a case of a migrant looking at things through rose-tinted spectacles: El-Mafaalani has no desire to gloss over problems, but he does want to put things in perspective. His key theory is that conflicts are actually an indication of successful integration: the more societies grow together, the more heated the debates become.

El-Mafaalani says that integration in Germany is often seen as problematic or even as a "failure" because of false perceptions and false expectations. While part of the autochthonous population expects immigrants to adapt and fit in, and while for them, integration means societal harmony, well-integrated immigrants in particular expect their linguistic and religious identities to be recognised. This leads to conflicts, and the more we move forward with the integration of immigrants, the more conflicts there will be.

In order to explain this, El-Mafaalani uses a metaphor that compares societies to people sitting down together to eat. The first generation of immigrants didn't sit at the main table, but separately, like children at a low table; they were seen but not heard.

This was particularly true of the so-called "guest-workers", many of whom dreamt for many years of one day returning to their native countries. All the while, the autochthonous population had the main table to itself. The second generation, the children of these immigrants, however, not only laid claim to a seat at the main table, but also wanted a piece of the pie as well. 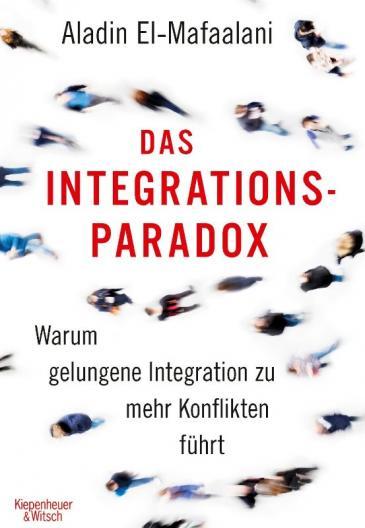 For El-Mafaalani one thing is clear: Germany is currently living though the best era in its history and is one of the most popular countries of immigration in the world. The country is therefore likely to remain a magnet for immigrants. While it may now by a question of shaping this change, El-Mafaalaniʹs book helps us to understand it

The third generation, the grandchildren of the first generation, has gone one step further: they want to be involved in deciding not only what pie is served, but also what behaviour is acceptable at table. This results in an increase in the number of conflicts. After all, problems do not exist in a bubble, separate from societal perceptions. They are born of the perceived discrepancy between expectations and claims on the one hand and experienced societal reality on the other.

As the participation of migrants increases, so too does their awareness of – and sensitivity regarding – discrimination. While the first generation accepted gross marginalisation almost without complaint, because it expected nothing else and was not in a position to defend itself, the children and grandchildren of these migrants react with greater sensitivity to comparatively subtle discrimination because they see themselves as having equal rights.

As integration progresses, expectations and claims grow. However, the racism of majority society does not simply disappear just because the integration of immigrants improves. On the contrary, it can even increase and be used as a defence against irksome competition that one now meets at eye level.

El-Mafaalani illustrates this using the example of the way people react to women wearing headscarves: as long as it was only cleaning ladies who wore headscarves, no one took offence at seeing headscarves in schools. It was only when the first headscarf-wearing female teachers arrived in classrooms that resistance emerged.

For a new defining culture in Germany

El-Mafaalani makes the case for a sophisticated culture of debate as the defining culture (Leitkultur) in Germany. He says that no one need fear conflicts: conflicts bring society forward and lead to social innovation. But people have to fight for progress, he adds; it doesn't just fall into their laps. When it comes to integration, El-Mafaalani takes a holistic look at society.

Living in an open society is a constant challenge, he says; it is strenuous for both the autochthonous population and migrants alike. Economic globalisation, global communication, tourism and migration increase tension. Migrants generally lean towards cultural conservatism; some increasingly withdraw into their religion.

Members of the autochthonous population, however, can also feel overwhelmed and seek refuge in nationalist nostalgia, which explains the current rise in right-wing populism.

In this context, El-Mafaalani cheekily notes that Germany is fortunate in that its populists cannot agree on the "good old days" to which they want to turn back the clock. The Federal Republic as it was in the 1950s? The GDR? Or even an era that predated both?

El-Mafaalani is convinced of a number of things: Germany is currently living though the best era in its history and is one of the most popular countries of immigration in the world; it boasts a strong economy, a dynamic labour market, a stable state governed by the rule of law and a diverse culture – a positive image that radiates around the world; and it is likely to remain a magnet for immigrants in the future. While it may now by a question of shaping this change, El-Mafaalaniʹs book helps us to understand it.

Sudanese protesters have been calling for the removal of German diplomat Volker Perthes from the UN mission to the country. Despite the fractious nature of post-dictatorship ... END_OF_DOCUMENT_TOKEN_TO_BE_REPLACED

We are in favour of human rights. But One Love armbands are self-righteous and ignore some fundamental issues. Stefan Buchen examines the debate surrounding the World Cup in Qatar END_OF_DOCUMENT_TOKEN_TO_BE_REPLACED

Education for girls and women is still possible in Afghanistan, says Reinhard Eroes of the Kinderhilfe Afghanistan initiative. In interview with Elisa Rheinheimer, he talks about ... END_OF_DOCUMENT_TOKEN_TO_BE_REPLACED

In Doha, Arabs from Morocco, Tunisia, Egypt and Algeria are gathering to celebrate the first ever FIFA World Cup to be held on Arab soil. The criticism from Europe? Over the top, ... END_OF_DOCUMENT_TOKEN_TO_BE_REPLACED

Canan Topcu came from Turkey to Germany as a child. In her essay, she describes how bothered she was by the racism she encountered in her country of origin when she travelled ... END_OF_DOCUMENT_TOKEN_TO_BE_REPLACED

All organisers use major sporting events like this year’s FIFA World Cup in Qatar primarily to advertise their country and promote a slick public image. This is not something we ... END_OF_DOCUMENT_TOKEN_TO_BE_REPLACED
Author:
Daniel Bax
Date:
Mail:
Send via mail

END_OF_DOCUMENT_TOKEN_TO_BE_REPLACED
Social media
and networks
Subscribe to our
newsletter