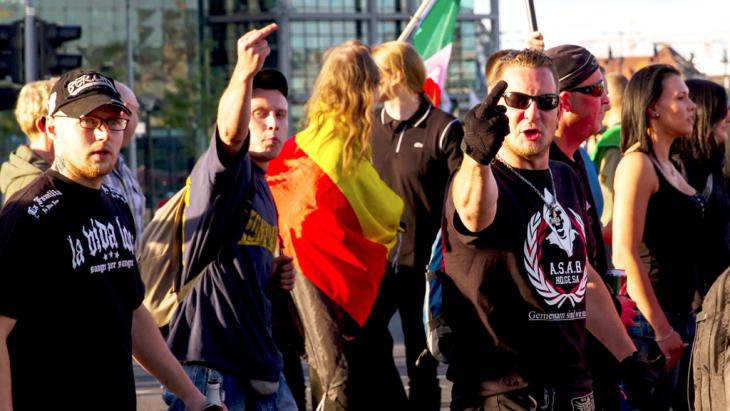 Non-fiction: ″Angst ums Abendland″ by Daniel Bax
The apocalyptics of the West

In his book "Angst ums Abendland" (Fears For the West), taz journalist Daniel Bax presents a detailed examination of why contemporary Europe should not be afraid of Muslims, but of Islamophobes. A review by Emran Feroz

The Dutch right wing populist Geert Wilders once spoke out in favour of banning the Koran, which he compared with Adolf Hitler's "Mein Kampf" (My Struggle). Heinz Christian-Strache, leader of the Austrian FPO, a party that can most certainly be described as extreme right, likes to wave a crucifix around and warn against the "Islamisation of the Western World". Meanwhile, French National Front leading light Marine Le Pen pretends to be standing up for freedom and democracy, while she and her party colleagues continue their permanent hate campaign against the nation's Muslim minority, among other things demanding that pork must be served in all school canteens.

These are the kind of personalities that taz journalist Daniel Bax places under the spotlight in his 262-page book "Angst ums Abendland". But he does not merely devote his attentions to the figureheads of the European right, but also to their German pendants, stooges and chief witnesses.

From Thilo Sarrazin to Hamed Abdel-Samad 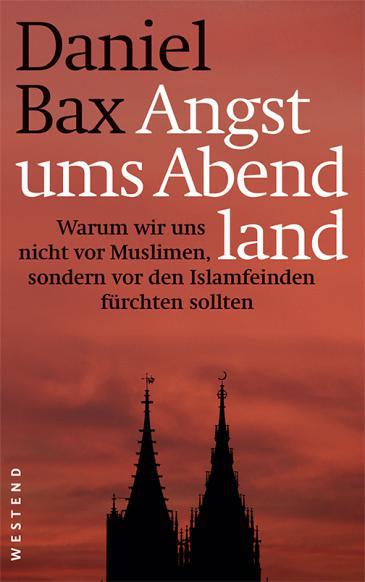 Insightful and detailed analysis of right-wing populist and Islamophobic movements: "Bax doesn't leave anyone out – from Hamed Abdel-Samad, who is fond of writing about ″Islamist fascism″ while abandoning all academic standards, through to Necla Kelek, who once sat next to Sarrazin at his book launch and who otherwise gets hot under the collar in the pages of the supplement section about the tiniest of towers that could possibly be interpreted as a minaret," writes Feroz

In concrete terms, this group is primarily represented by Thilo Sarrazin, who even in his most recent interviews continues to cast himself as a putative genetic researcher presenting serious arguments; by Heinz Buschkowsky, whose incessant panic-mongering on the subject of Berlin's "problem neighbourhood" Neukölln rapidly implodes when you read the numerous experiences of Muslim and Jewish citizens of the district; or by Alice Schwarzer, the Federal Republic's best-known opponent of the headscarf who, in the "battle against Islamisation" regularly cosies up to people who are anything but feminist, such as evangelical Christians. It is worth mentioning here that the author does not in any way set out to "settle scores" with any of the above-mentioned individuals, but that he soberly sets out all their populist arguments ad absurdum.

The same also pertains to the chief witnesses of the Islamophobic scene, which is not only a reference to Sarrazin & co., but also to those who foment hatred in the blog "Politically Incorrect", as well as other right-wing hate preachers. Bax doesn't leave anyone out here – from Hamed Abdel-Samad, who is fond of writing about ″Islamist fascism″ while abandoning all academic standards, through to Necla Kelek, who once sat next to Sarrazin at his book launch and who otherwise gets hot under the collar in the pages of the colour supplement about towers that might possibly be interpreted as minarets.

The book also takes a critical look at Islamophobia at an international level. Ayaan Hirsi Ali, who is originally from Somalia, is a key figure in this regard. She has been living for some time in the US, where she has surrounded herself with neo-conservative war-mongers, as well as the so-called "new atheist" movement led by the neuroscientist and philosopher Sam Harris. The latter perceives a threat in all religions in some way, but views Islam as especially dangerous and therefore – similar to Ali – espouses an aggressive Middle East policy – inclusive of Guantanamo torture, drone attacks and the political support of brutal dictators such as Egypt's Abdul Fattah al-Sisi.

Media and freedom of expression

Other protagonists in this process of stoking hatred of Islam in Germany and bolstering the image of the "West", this ideologically charged and culturally combative concept, are the mainstream media. For years they have been pouring oil onto the fire, by artificially inflating insignificant stories such as the so-called "Sharia police" in Wuppertal, all the while devoting less attention to considerably more serious issues such as NSU terror, or the mass murder perpetrated by Anders B. Breivik on the Norwegian island of Utoya, because these did not fit the desired black-and-white construct. This does not just apply to tabloid publications such as Bild, but also to the Springer flagship Die Welt and other renowned titles such as the Frankfurter Allgemeine Zeitung or the Spiegel. The same can also be said of numerous talk shows on the public broadcasting channels.

The criticism is more than justified. After all, if the latest book by Islamophobe Udo Ulfkotte carries the same title as an edition of the Spiegel a few years ago – namely "Mekka Deutschland – Die stille Islamisierung" (Mecca Germany – The Silent Islamisation) – then to put it mildly, something is going wrong. Bax correctly ascertains that many media think first and foremost of sales and viewing figures, while the impact their output is having on society is relegated to the background. 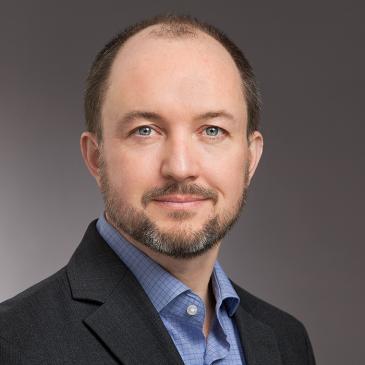 Daniel Bax, who was born in 1970, studied journalism and Islamic studies in Berlin and came to appreciate the diversity of the city. He has been working for 15 years for the taz, writing on the subjects of migration, integration and Islam

The issue of freedom of speech, above all since the attack on the editorial offices of "Charlie Hebdo", is one of the book's central themes. Its discourse illustrates why you don't necessarily have to "be Charlie" to stand up for this fundamental right. Following the Charlie Hebdo episode, the hypocrisy - as well as the application of double standards – once again became all too clear. This began with the media-initiated protest march conducted by a political elite that for the most part places no value on freedom of speech, right through to the editorial offices of Charlie Hebdo, where overtly anti-Semitic cartoons were not tolerated, while the opposite was true of Islamophobic and racist drawings.

It is currently difficult to predict how the future of the "West" will look. The media-fuelled panic, as well as the dominance of the European right wing, has however already conjured up threatening images that will not disappear so quickly. Views that conform to those of the Pegida movement are not only present on the right of the spectrum, they have also taken over the social mainstream. Islamophobia, anti-Islamic sentiment or anti-Islamic racism – terms that basically all describe one and the same phenomenon – are now not only found on the street, but also in political institutions. This became clear just a few months ago in Austria, for example, where a new and highly controversial law on Islam was passed highlighting disparities in the treatment of different religious communities within the country – a law that leading German politicians are already regarding with interest.

Nevertheless, the weak role of the Muslim minority, for example, still continues to go unrecognised; instead there is constant mention of the alleged "decline of the West". Even though the numbers and the facts speak a completely different language – Muslims are clearly going to remain a minority in Europe in the coming decades – the anxious question sometimes presents itself: in a Europe where increasing numbers of mosques are coming under attack, might the downfall of the ideological construct that is the West not be a better thing.

Even in times of war and pandemic, refugees are still being deported to Afghanistan. Several deportation flights have taken place in recent weeks alone. Since those affected often ... END_OF_DOCUMENT_TOKEN_TO_BE_REPLACED

On 7 March, Switzerland became the latest European country to vote in favour of a so-called "burka" ban. It was yet another feather in the cap of the right-wing populist Swiss ... END_OF_DOCUMENT_TOKEN_TO_BE_REPLACED

What drives young men into the arms of Islamist extremists – and how can they be re-integrated into society? Five years after the deadly attacks in Paris, urgent questions remain ... END_OF_DOCUMENT_TOKEN_TO_BE_REPLACED

Austria's chancellor is seeking to criminalise "political Islam". The move would put non-violent, non-radical Muslims under blanket suspicion and is hardly helpful in the fight ... END_OF_DOCUMENT_TOKEN_TO_BE_REPLACED

Rather than suspecting Muslims in general, we need to co-operate more with Islamic scholars, Muslim congregations and associations, writes Muhammad Sameer Murtaza in his ... END_OF_DOCUMENT_TOKEN_TO_BE_REPLACED

END_OF_DOCUMENT_TOKEN_TO_BE_REPLACED
Social media
and networks
Subscribe to our
newsletter