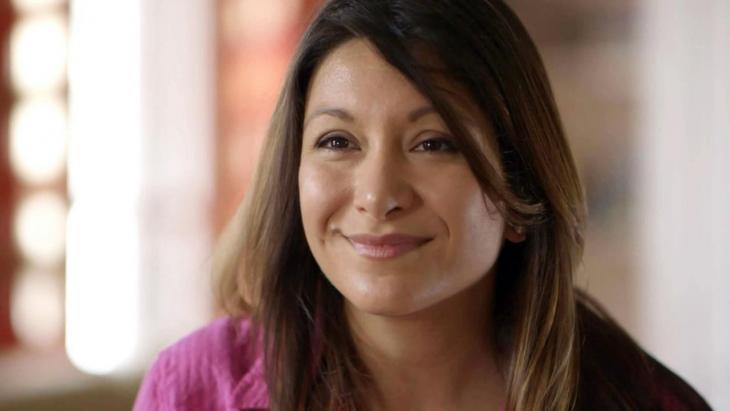 Refugees are expected to show gratitude and humility towards the country that has taken them in. In her new book, "The Ungrateful Refugee", Dina Nayeri sets out why this is a wholly misguided assumption. By Gerrit Wustmann

Today, the author Dina Nayeri lives in Paris; she has started a family and written two bestselling novels: Refuge and A Teaspoon of Earth and Sea, which have been translated into numerous languages. She studied at Princeton and Harvard, has lived in Amsterdam and London, and is sought after as an interviewee by media all over the world. She is the kind of success story that Europe – and the USA, especially – loves.

But what has enabled her to come so far is not only her personal drive; it is also thanks to a large helping of luck that the vast majority of people never experience. Nayeri did not have the best start in life. She was born in Iran in 1979, the year of the Islamic Revolution. Her childhood in Isfahan was shaped by the Iran-Iraq war, by air-raid sirens and fear.

No alternative, but to escape

And although she grew up in a well-to-do family of doctors, the situation grew more dangerous with each passing year. Her mother had converted to Christianity. She attended underground church services and handed out leaflets, including in her medical practice. The Revolutionary Guards came to their door again and again, and each time the threats were more serious. Converts were persecuted by Khomeini’s regime, and the country’s prisons were ruled by torture and despotism. By the late eighties, there was no longer any alternative: they had to escape.

Dina Nayeri’s book The Ungrateful Refugee tells the story of her flight from Iran, which on many levels continues to determine her life to this day. But she also visits the miserable camps in Greece, talks to refugees in various different countries, and to aid workers, lawyers and human rights activists in the Netherlands, the UK and the USA. 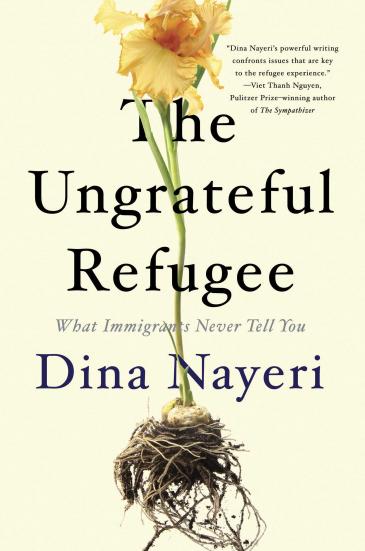 “We don’t have to be grateful to our host country. We have no debt to repay.” Dina Nayeri’s book "The Ungrateful Refugee" tells the story of her flight from Iran, which on many levels continues to determine her life to this day. But she also visits the miserable camps in Greece, talks to refugees in various different countries, and to aid workers, lawyers and human rights activists in the Netherlands, the UK and the USA

The fact that it was relatively uncomplicated for Nayeri and her mother and brother to leave their country, and that they were granted asylum relatively quickly, was primarily down to chance – but also to Europe’s attitude towards the fundamental right to asylum at that time. That right had not yet begun to come under fire to the extent that it is today. No one doubted that Christian converts in Iran were under threat. It was sufficient grounds for asylum.

That has now changed. "Meanwhile," Dina Nayeri writes, "we assign our least talented, most cynical bureaucrats to be the arbiters of complicated truth, not instructing them to save lives, or search out the weary and the hopeless, but to root out lies". Their only aim now is to protect 'our space' from a dehumanised 'wave' of people seeking help, "at any moral cost".

You may also like: The EU and Turkey need each other – and a new refugee deal

EU asylum system is a farce

And the asylum system that the EU so likes to boast about? For many people caught up in it, it’s a farce. Whether it’s the people who end up in the hell of the Moria camp, or those who must endure years of waiting, condemned to inactivity, because those cynical bureaucrats are standing between them and any chance of a life.

Nayeri quotes Barthes: "To make someone wait: the constant prerogative of all power." Nayeri has met the people who are waiting, and spoken to them. She recalls her own wait, as a little girl in refugee accommodation in Italy, which in comparison to the current reception camps on the EU’s outer borders seems downright luxurious, but was no less gruelling.

For one thing, because there was nothing to compare it with. And for another, because there are few greater horrors than complete uncertainty about your own future.

In a camp in Greece, a volunteer asks her not to get too close to the refugees, not to make friends with them. That might give them hope. And in these camps, hopes are shattered more quickly than anything else. Nayeri looks at the figures: currently, every year the EU gains one asylum seeker for every two thousand of its population.

The right-wing narrative that the whole world wants to come to Europe is a propaganda fantasy written by misanthropes. It would be no problem at all to take these people in. Instead, everything is being done to keep them away. And those that do arrive are sent to the waiting room. Only those who can tell an effective story might stand a chance of being granted lasting asylum – a future, in other words.

And the type of stories currently being accepted is subject to constant change, and has little to do with the realities in refugees’ countries of origin. For that reason, a lot of people invent stories of escape. Not because they want to lie. But because they are forced to. Because it’s their only option. Because the bureaucrats who determine their fate have no interest in the truth, and are simply competing for the highest quota of rejections.

And these bureaucrats, along with many EU citizens, then expect gratitude from those they do eventually take in. Dina Nayeri explains: "We don’t have to be grateful to our host country. We have no debt to repay."

You may also like: Guilty of torture and rape by association – Europeʹs dirty secret

She exposes the status quo, under which refugees are picked for the economic value they bring to their host country, as sinister, misanthropic cynicism. The merciless exercising of power is labelled as 'help'. And: "More infuriating is the word 'opportunism', a lie created by the privileged to shame suffering strangers who crave a small taste of a decent life. The same hopes in their own children would be labelled 'motivation' and 'drive'." Nayeri puts the West’s double standards on trial unsparingly, and this is a good thing.

The way that people seeking protection are dealt with reveals what all the moral assurances and talk of human rights are really worth. Nayeri is conscious of this every day of her life – a fact that emerges from the long passages describing how she is repeatedly riven by self-doubt, and her ceaseless search for new beginnings, having never experienced the feeling of trust and being welcomed as a child.

She knows that she could easily be the woman who fled from war and was raped several times on her journey, only for a man in a suit to call her a liar because she couldn’t describe her traumatic experience in sufficient detail. She knows she could be that Iranian refugee who, after ten years in the no-man’s-land of non-recognition, burned himself to death in public. She understands the desperation required to take such a step. The absolute hopelessness. She knows she has been very lucky. And she knows that, as a rule, her readers in the West don’t even begin to understand what becoming a refugee really means. What it does to a person to give everything up and start again from scratch – assuming they are allowed to.

No, there really is no reason for refugees to show gratitude to their host country. Instead, the host country should be grateful to those people who make it out of this madness of arbitrary decisions and are then actually prepared to stay and contribute.

Home
Print
Newsletter
More on this topic
Refugee crisis on the Greek-Turkish border: Europe's liberal warriors put democracy to the swordGreece and the asylum-seekers: How do you solve a problem like Moria?The integration litmus test: Success for some means failure for others
Related Topics
Book reviews, European Union (EU), Humanitarian aid, Islamic Revolution of Iran, Migration, Policy on refugees and migration, Refugees
All Topics

A law is currently being debated in Morocco that would legalise the cultivation and export of medicinal cannabis. For many small farmers, this would bring considerable advantages ... END_OF_DOCUMENT_TOKEN_TO_BE_REPLACED

Recep Tayyip Erdogan, disappointed by the European Union’s reluctance to integrate Turkey into its ranks, has re-directed his country’s diplomacy toward the Maghreb and Africa to ... END_OF_DOCUMENT_TOKEN_TO_BE_REPLACED

Philosopher Juergen Habermas was due to be awarded a major Arab prize in Abu Dhabi, but has turned it down following criticism. This decision torpedoes Arab efforts at a ... END_OF_DOCUMENT_TOKEN_TO_BE_REPLACED

Although a unity government was formed in Libya in March 2021, tensions and possible crises between the political actors are already emerging. What problems does the country face ... END_OF_DOCUMENT_TOKEN_TO_BE_REPLACED

Among Muslims, the image of women as "cossetted hijab-wearing princesses" is frequently invoked. But Muslim women have long wanted to be more. In her essay, Karoline Roscher- ... END_OF_DOCUMENT_TOKEN_TO_BE_REPLACED

Even in times of war and pandemic, refugees are still being deported to Afghanistan. Several deportation flights have taken place in recent weeks alone. Since those affected often ... END_OF_DOCUMENT_TOKEN_TO_BE_REPLACED
Author:
Gerrit Wustmann
Date:
Mail:
Send via mail

END_OF_DOCUMENT_TOKEN_TO_BE_REPLACED
Social media
and networks
Subscribe to our
newsletter