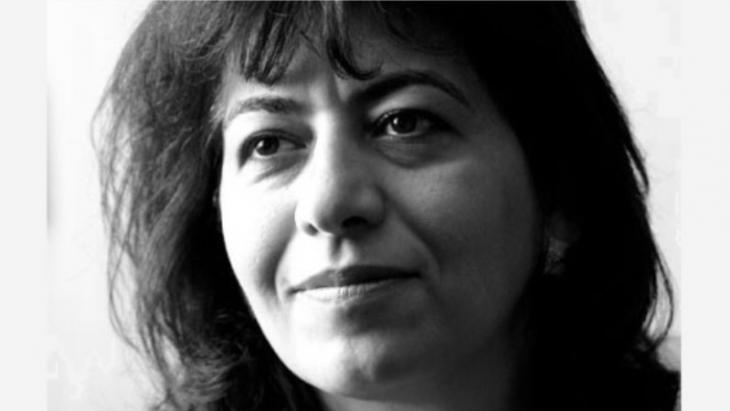 In a harrowing compilation of true stories charting the fate of women abducted by IS in Iraq, Dunya Mikhail shows how the best of human qualities can persist even in the worst of times. Marcia Lynx Qualey read the book

The provocative title of Dunya Mikhailʹs most recent book – her first work of nonfiction – is markedly different in translation. In Arabic, the book is called Fi Souq al-Sabaya, or In the Sabaya Market. At one point, Mikhail and her co-translator Max Weiss tell us the word sabaya means "sex slave", although that isnʹt quite right. More often, they leave it as "sabaya".

In the U.S. edition, published in March, the bookʹs title has become The Beekeeper: Rescuing the Stolen Women of Iraq. When it is published in the UK in August, the title will be The Beekeeper of Sinjar. Both English titles foreground neither the women nor the slave market, but small-town Iraqi beekeeper Abdullah Shrem.

Certainly, Abdullah is one of the bookʹs great heroes: after Daesh forces expelled him from his home and killed or kidnapped most of his family, Abdullah organised a rescue network for women enslaved by Daesh. He also relayed these womenʹs stories to Mikhail, an acclaimed Iraqi poet who lives in the United States.

Mikhail previously published several collections of award-winning poetry, including The War Works Hard, translated by Elisabeth Winslow and Iraqi Nights, translated by Kareem James Abu-Zeid. This time, she decided to present the womenʹs stories not through poetry, but in their own words. 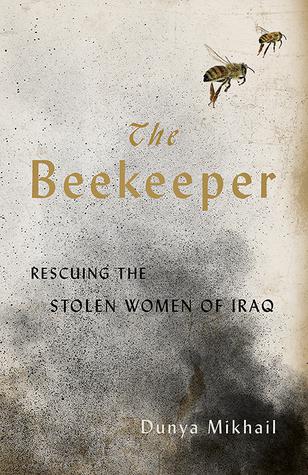 Throughout "The Beekeeper", women continue to rescue each other. Itʹs their large and small heroisms that make the book bearable, full as it is of Daeshʹs fairy-tale grotesqueries: mass murder, enslavement, starvation, beatings and children sold for parts

But, even when the word sabaya is removed from the title, it remains central to the book. One of the women who talks to Mikhail, an Iraqi sewing instructor named Hiam, says that "what happened to us was completely unprecedented. We had lived through continuous war but we had never heard certain words like sabaya, caliphate, fucking."

For Daesh forces, "sabaya" was a word applied to non-Sunni-Muslim women who were considered less-than-human war booty. Hussein Koro, director of the Office of Kidnapped Affairs, explained to Mikhail that, "Daesh calls our men prisoners of war and our women sabaya."

And while a heroic Abdullah Shrem rescues stolen women, it was women who first rescued him. Escaping his home town, he journeyed with about 350 others to Syria "on a road that was being protected by the Peopleʹs Defence Brigades." He added: "To tell you the truth, it was an unusual protection force, as it was mostly made up of women."

Throughout the book, women continue to rescue each other. Itʹs their large and small heroisms that make the book bearable, full as it is of Daeshʹs fairy-tale grotesqueries: mass murder, enslavement, starvation, beatings and children sold for parts.

The tale of the ogre-father

Many of the womenʹs stories collected in The Beekeeper have a fairy-tale quality. One involves the escape of a woman named Zuhour and her three small children. Zuhour runs from slavery and darts into a seamstressʹs storefront in order to evade detection. Sheʹs fortunate to be wearing the all-black garment the Daeshis forced on her because, when men burst into the seamstressʹs shop, Zuhour keeps her head down and pretends to be just another customer.

After serving her customers, the seamstress hides Zuhour and her children, even though her father is a Daeshi. The father returns like a fairy-tale ogre for three days of every three weeks. Each time he comes, Zuhour and her children shelter in a sewing closet, which theyʹve padded with cardboard to dampen the sound.

But Zuhourʹs baby grows restless during one visit and Zuhour nearly smothers the child to keep him quiet. After that, she and the seamstress know they must break out of this cycle. So the seamstress, Reem, calls random numbers in Kurdistan. The first person who answers promises to search for Zuhourʹs family. Two days later, at eight in the morning, a car comes to rescue Zuhour and her children.

Yet the story also ends with heartbreak. It closes with a phone call to Reem, in which Zuhour expresses her great appreciation. Reem answers: "I wish I had gone with you."

The Kurds are under attack from two sides: from Turkey, and from Iran. The situation in their territories in northern Iraq is becoming increasingly desperate. Birgit Svensson ... END_OF_DOCUMENT_TOKEN_TO_BE_REPLACED

November 2022 sees the Arab world firmly in the spotlight with the COP27 in Egypt and the FIFA World Cup in Qatar. Public trust in MENA governments is weak, thanks to their ... END_OF_DOCUMENT_TOKEN_TO_BE_REPLACED

Thanks to climate change, the Middle East is heating up faster than any other part of the world, putting the region's ancient pyramids, castles, holy and other heritage sites at ... END_OF_DOCUMENT_TOKEN_TO_BE_REPLACED

In the run-up to the COP27 global climate summit, hosted by Egypt in November, it is worth noting that little rainfall, aggressive heatwaves and worsening drought make the Middle ... END_OF_DOCUMENT_TOKEN_TO_BE_REPLACED

Hundreds of porters, locally known as ‘kolbars’, cross the mountainous border between Iran and Iraqi Kurdistan all year round. With Iran’s economic crisis deepening, ever more ... END_OF_DOCUMENT_TOKEN_TO_BE_REPLACED

END_OF_DOCUMENT_TOKEN_TO_BE_REPLACED
Social media
and networks
Subscribe to our
newsletter