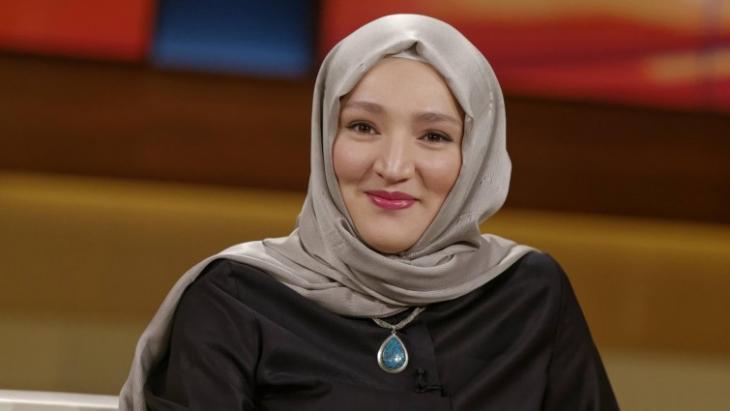 In "Sprache und Sein" (Language and Being) the activist Kubra Gumusay critically examines the function of language – the narratives that reflect and determine the realities of human coexistence, which classify and empower individuals while also curtailing their rights. It is all about privilege, stereotypes and exclusion. By Melanie Christina Mohr

"The interconnections between language and political inhumanity – that is what this book is about," explains activist and author Kubra Gumusay in the first chapter of "Sprache und Sein" (Language and Being), recently published in German. Ten headings structure the essay, and Gumusay fills the various sections with one or more quotes, providing observations on sensibilities and insights and describing the experiences of others as well as her own.

She pursues here the question of to what extent people are influenced by language in their perceptions and thinking, and what power language thus holds over our interpersonal relationships. Why do people need categories to feel safe and how do they establish them?

Gumusay shows her readers what it means to be part of one or more such categories and examines some of the crucial questions individuals face within such collectives: how am I expected to behave as a Muslim? What expectations are prompted by my sexual orientation? What topics do others feel comfortable talking to me – a person of colour – about? What opinions can be expected of me as a migrant?

Kubra Gumusay explains the categorisations mentioned above by way of a museum she conceives where Unnamed and Named individuals face one another and the language of the one forms the world of the other. The Unnamed, who correspond to the norm, face off against the so-called Named, "labelled in glass cages with their collective designations": "Foreigner, Jew, Muslim, Homosexual". This unfortunate state of affairs echoes throughout the lines of the book. 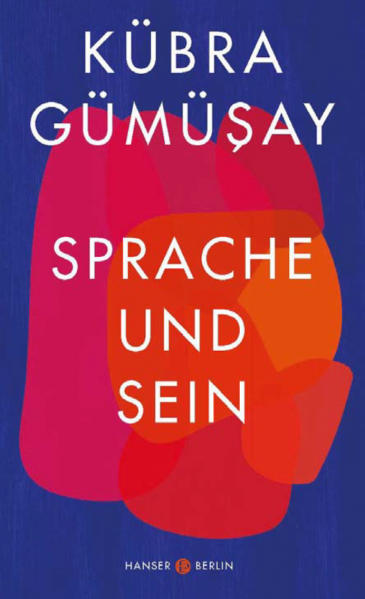 Kubra Gumusay's "Sprache und Sein" is not a linguistic analysis, but rather a collection of anecdotes that – even if you are not a fan of anecdotes – had to be told, because they are of urgent importance, enriching and worth reading. Especially now

The activist's appeal to us to break out of these categories, to simply exist as individuals, is not new. But that does not make it any less important. The need to constantly assert and prove oneself, to have to constantly fight for the right to, and acceptance of, our individuality is not only exhausting, Gumusay stresses, but can also end in despair.

The key to opening these cages, she writes, is free speech: "I am a Named one. (...) And I have become one of those who are so presumptuous as to speak without being asked, to make glass walls visible, to name and end their imprisonment."

When resistance manifests itself in distorted images of the Other

According to Gumusay, resistance can become a habit for those who pledge themselves to this task of breaking open cages and dismantling categories. The pressure of representation, the feeling of constantly having to put up a strong front for one, two or three categories, can at some point lead to loss of self.

The author decries how Muslims "rob themselves bit by bit of the space for individuality, for the freedom to be imperfect". Feeling permanently attached to one or more collectives can lead to unhealthy and limiting aspirations to flawlessness. And this furthermore thwarts any discussion of "outrageous grievances", with disaffected Muslims "scorned as being Westernised or disloyal".

Kubra Gumusay deals intensively with language and the privileges, stereotypes and ambiguities associated with it. In just under 180 pages, she backs her arguments with fifty quotes and a number of anecdotes – a style that is an acquired taste.

Although this material is aptly selected and coherent, one can't help but feel that less might have been more. In the individual chapters, the categories addressed and the issues associated with them are thoroughly illustrated, underscored and unabashedly named – for which we should give thanks. More often.

Under the heading Knowledge without Value, Gumusay takes up images and stereotypes that people in our society are exposed to. "What does your child need to know?" asks the author. And adds: "Does a child have to have an answer to the question why his eyes are shaped the way they are? (...) Many children don't have to. (...) If their eyes are round and thus correspond to the white norm. These children do not have to explain the relationship and sex life of their parents."

Arguably children from rainbow families are also asked to explain the sexuality of their parents, quite often even – something Gumusay does not write about. Perhaps she merely wanted to highlight once again how people are not only defined by categories, but also develop sensitivities within these categories that can quickly generate a feeling of not being seen.

This, too, is about language, leaving room for interpretation: what do you mean by that? What are you trying to say? Did I hear you right? Language touches on one's own attitude: What is my attitude towards this or that story/statement/person? Do I actually want to understand, am I open to it? This is another theme running through Gumusay's essay.

"Sprache und Sein" (Language and Being) is not a linguistic analysis, but rather a collection of anecdotes that – even if you are not a fan of anecdotes – had to be told, because they are of urgent importance, enriching and worth reading. Especially now.

Home
Print
Newsletter
More on this topic
Muslim bloggers in Germany: Creating a counter-public to traditional mediaGermany and Islam: "Muslims are already German"Debate on Muslim identity in the West: Constructing the self, constructing the other
Related Topics
Book reviews, Gender, Integration in Germany, Languages, Migration
All Topics

Giessen, Eichsfeld, Kusel, Berlin – cars bearing old German number plates are the latest trend on the streets of Cairo. Many Egyptians regard the discarded plates as chic. What ... END_OF_DOCUMENT_TOKEN_TO_BE_REPLACED

Tunisia has been going through a severe economic and political crisis in recent years. More than one in three young people there are unemployed. For many skilled, qualified and ... END_OF_DOCUMENT_TOKEN_TO_BE_REPLACED

German imams have publicly expressed their solidarity with the women of Afghanistan. In a letter of protest, the clerics say that the Taliban regime's decree barring women from ... END_OF_DOCUMENT_TOKEN_TO_BE_REPLACED

At the end of every year, the team at Qantara.de gives you a run-down of the ten most-read articles on the site over the past 12 months. Here is a quick overview of the stories ... END_OF_DOCUMENT_TOKEN_TO_BE_REPLACED

Social engagement is often motivated by religious factors. A new book explores the background to these community efforts and appraises how effective they are in helping to ... END_OF_DOCUMENT_TOKEN_TO_BE_REPLACED

The government in the Netherlands, one of the last European nations to abolish slavery, has made an historic apology. But some feel that there is still a long way to go. By Ella ... END_OF_DOCUMENT_TOKEN_TO_BE_REPLACED
Author:
Melanie Christina Mohr
Date:
Mail:
Send via mail

END_OF_DOCUMENT_TOKEN_TO_BE_REPLACED
Social media
and networks
Subscribe to our
newsletter