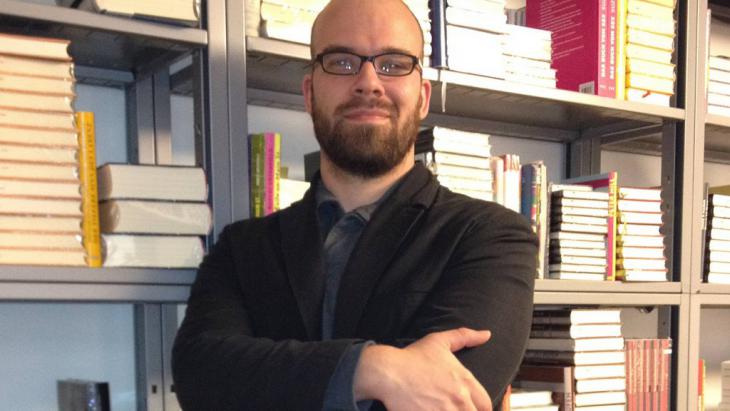 Non-fiction: ″Magic in Islam″ by Michael Muhammad Knight
Finding the hole in the fence

Michael Muhammad Knight has penned a book about magic and Islam that excites and intrigues. Taking us on a captivating journey into the faith′s history and evolution, he presents a picture that is far less homogeneous than many might expect. Richard Marcus read the book

The idea that magic could have anything to do with religion is anathema to most belief systems. Nobody wants the divine actions of their Gods or prophets diminished by association with something that at best is considered the work of charlatans and at worse, a black art with demonic connotations. The title of Michael Muhammad Knight's new work, ″Magic in Islam″, published by Penguin/Random House, would therefore seem to be provocative, to say the least.

Of course, as far as this author is concerned, that would be nothing new. After all, he is still being referred to as "Islam's gonzo experimentalist" by Publisher's Weekly. However, having read his most recent book, I am convinced that that description is one that will demand a rethink. Sure, he still writes about how drug-induced visions of the Prophet's daughter helped bring him closer to his chosen faith, but that is only a small portion of who he is. Admittedly, this book is about so-called "magic" and while the title specifically references Islam, it could equally be about any religion's relationship with the occult, supernatural, or other similarly mysterious forces.

True to his newfound academic status (he wrote this book while working on his doctoral dissertation), Knight approaches his subject in slow and careful stages. He starts by explaining that the book began life as his answer to the many others in circulation that deal with the subject of "What Is Islam?".  His principal concern with the majority of these titles is that they work on the assumption that Islam can be explained simply by examining the Koran. Yet, while the Koran is obviously a major part of the religion, Knight contends that there is more to it than just the one book.

Islam far from "cut and dried"

So where does magic tie in with this? In order to prove Islam isn't as cut and dried as many people would like us to believe (Muslim and non-Muslim alike), Knight uses the contentious issue of magic to show how Islam not only has roots in other philosophies, it also doesn't exist in a vacuum. In other words, according to Knight, there is no such thing as a hard and fast definition of Islam.

The first thing he does is attempt to define the word 'magic'. According to Knight, the problem is that the word is highly subjective. One of the issues he discovers is that magic is usually defined in terms of what it isn't. He cites various scholars, sections of the Koran and other canonical sources which show that there are certain acts which can be considered "good magic" because they are willed by Allah and communicated to us by the Prophet. At one time the practice of placing various talismans in amulets – usually quotes from the Prophet – for the purposes of healing was considered fine. 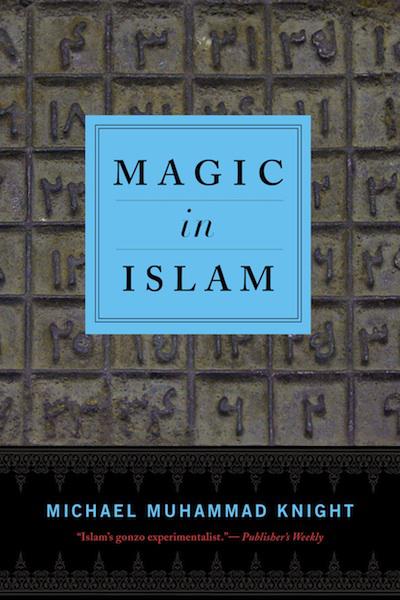 Knight's aim: "I have no interest in attempting to patrol the limits of Islamic authenticity or 'orthodoxy'; if anything, I want to dig secret tunnels or find holes in the fence"

While some would be willing to deny there are any traces of magic in Islam – partly because there are those who would use such indications to dismiss the religion as backwards and "uncivilised" – Knight does a very thorough job, not only of tracing its history but uncovering its presence.

He makes the very astute case for its existence by asking how can you believe there is something called "black magic" and yet claim there is no such thing as magic? If the one exists, doesn't it stand to reason that the other must as well – for the sake of balance? (Of course, this can be asked of any religion, not just Islam.)

Moreover, he also uses the history of magic in Islam to show how the religion has never been isolated from the influences of the rest of the world. While his chapter "Finding Hermes in the Koran" is nominally about how the Greek messenger god evolved into the prophet Enoch – who appears in the Koran as Idris – he delves even deeper into history to show how Hermes was an evolution of the even more ancient Egyptian god Thoth.

In the same chapter he also shows how Enoch/Idris existed in both the Christian and Jewish religions in similar capacities as Hermes – as the messenger or voice of God.

Having converted to Islam after reading the autobiography of Malcolm X, it shouldn't be surprising that Knight has deep connections to African American Islam. While most people are probably familiar with the Nation of Islam (NOI) and some are aware of its offshoot, the 5 Percenters, the chapter "Coming of the Black God", takes us on a very detailed history of Islam in America.

Knight admits there are many who would deny the validity of African American Islam, but he also says "...I have no interest in attempting to patrol the limits of Islamic authenticity or 'orthodoxy'; if anything, I want to dig secret tunnels or find holes in the fences." In fact, this sentence sums up Knight's aim with the entire book. He wants us to see that Islam is not the homogeneous entity it is often portrayed as being.

Knight brings a wealth of knowledge and impeccable research to this book (the footnotes alone run to 25 pages) to back up his arguments. However, what really makes this book appealing is how, amidst all the facts and history, he allows his own unique and somewhat iconoclastic voice to shine through. It's hard not to be intrigued by a writer who one minute will be giving you a detailed and painstaking reconstruction of the religious and social history the Middle East during the time of Mohammad, while talking about his drug-induced visions bringing him closer to Islam the next.

In some ways, Knight himself is the biggest argument for diversity within Islam. No matter how impressed we are by the analysis of the facts he lays before us, it is the man himself who continues to be even more impressive. Never once amidst all his questions and opinions are we given cause to question the strength of his beliefs.

Yes, this is a book about magic and Islam, but it is also far more. Not only has Knight given us an incredibly fascinating insight into the nature of magic in Islam, he's also taken us on a captivating journey into the religion's history and evolution. This book should be required reading for anybody seeking a different take on Islam – one that does not seek to reduce it to a single note.

Dalia Hatuqa is an experienced journalist who has reported on the Israeli-Palestinian conflict from Ramallah, Washington DC and Amman. A writer for Time Magazine, Foreign Affairs ... END_OF_DOCUMENT_TOKEN_TO_BE_REPLACED

Very different Western reactions to the suffering in Ukraine and the Arab world show that there is a profound rift among cultures. Essay by Michael Young END_OF_DOCUMENT_TOKEN_TO_BE_REPLACED

Back in 1995, when The Times asserted Islam was to blame for the poor levels of education among women in the Muslim world, Mohammad Akram Nadwi began scouring ancient Arabic ... END_OF_DOCUMENT_TOKEN_TO_BE_REPLACED

Tunisia's president has been carrying out a coup by degrees, demolishing the country's hard-fought democratic gains bit by bit. With an economy in turmoil and a splintered ... END_OF_DOCUMENT_TOKEN_TO_BE_REPLACED 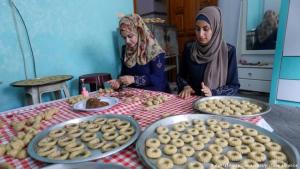 The end of Ramadan 2022 saw Muslims worldwide gearing up for the festival of Eid ul-Fitr, which took place this year on 1 and 2 May. ... END_OF_DOCUMENT_TOKEN_TO_BE_REPLACED

Women's empowerment in the Gulf has become a tool of deflection, rather than a genuine effort to promote women’s full and equal participation in society. By Mira Al-Hussain END_OF_DOCUMENT_TOKEN_TO_BE_REPLACED
Author:
Richard Marcus
Date:
Mail:
Send via mail

END_OF_DOCUMENT_TOKEN_TO_BE_REPLACED
Social media
and networks
Subscribe to our
newsletter