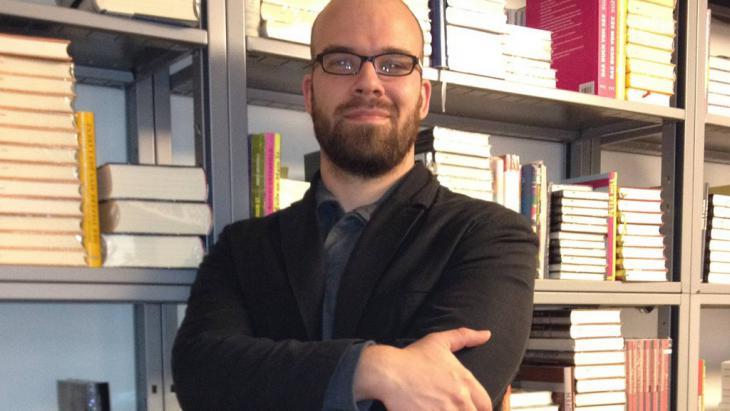 In his latest work, Michael Muhammad Knight – the enfant terrible of American Muslim writers – has sifted through the thousands upon thousands of Islamic hadiths to find 40 he feels best serve as an introduction to the Prophet Muhammad. Richard Marcus read the book

Before talking about Michael Muhammad Knight's new book from Soft Skull Press, "Muhammad: Forty Introductions", it might be a good idea to go over some terminology that is not only key to the book's format and title, but also to Islam itself. They are the words hadith and arba'in.

Hadith literally means news or report, specifically referring to the sayings or doings of the Prophet Muhammad, as reported by either his companions or their descendants. These hadiths are the only record of the Prophet's life that exist today. There are thousands of hadiths, and while the provenance of some of them might be a little dubious – recounted by people five or more generations removed from the Prophet and reporting things he is purported to have done or said hundreds of years earlier – each of them do help to shape our picture of Muhammad the man and the Prophet. The deeper our insight into the man behind the message, the deeper our understanding of the religion born of his message.

Once it is clear what exactly a hadith is, the connection between them and Muhammad is understandable. But what about arba'in? In what he calls his introduction to the "Introductions", Knight explains its relationship to the book's content. An arba'in is the term for a specific literary genre – a collection of 40 hadiths. This concept was inspired by the hadith that quoted Muhammad as saying "whoever preserves for my community 40 hadiths from the Sunna, I will be an intercessor for him on the Day of Resurrection".

An expression of devotion

While that directive, or instruction, was given while the words of Muhammad were still being preserved through oral transmission and the task of memorising 40 of His sayings would have been seen as something close to a life's work for an ordinary person, it is still considered significant mainly because of the devotion it symbolises. 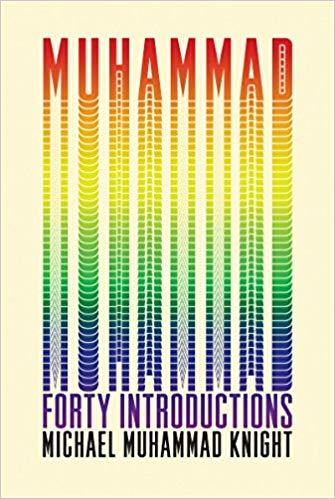 "The hadiths Knight has chosen for his introductions are more than just descriptions of the man or his character, they are also chosen for what they will encourage us to contemplate about Muhammad and the world he lived in," writes Richard Marcus

It might not require the same type of work to put together this type of collection today, but it does require a significant effort on anyone's part to choose from among the thousands of hadiths collected the 40 they think best describes any subject – let alone the ones which will give those unfamiliar with Muhammad or Islam a clear understanding of the Prophet.

Unlike Christianity, Islam doesn't have a significant body of representational art for us to look at to even come to a vague understanding of what various people might have thought Muhammad looked like when he was alive. Although given some of the outlandish representations of Christian biblical figures created throughout the centuries, that's probably not such a bad thing.

However, this means not only do people outside his community have little understanding of who Muhammad was or what he stood for, we don't even know what he looked like. All of us can call up mental images of Jesus and other figures from the Jewish/Christian bible, no matter how odd some of them may look (do people really think Moses looked like Charlton Heston?). But how many of us can conjure up an image of Muhammad not reliant on stereotypes?

No definitive description of Muhammad

The problem is, as Knight points out, that there is no definitive description of Muhammad given by even those who were closest to him; his wives. However, a compilation of descriptions provided by various hadiths has him as being of moderate height, with hair being neither too lank nor too curly and his stride as being like one descending from a height. Aside from that, we are told that his skin colour could have been anywhere from brown to white mixed with red.

Knight says – and with justification – that the mixed reports of skin colour are probably based on where the author of a particular hadith lived. For as Italian painters would have painted Jesus looking Italian, a Persian would have written a description of Muhammad based on his own people. This isn't to besmirch anyone, it's just a fact of life – we draw, or in this case, describe, what we know.

So if we can't have a physical description, what does that leave the world with? According to Knight, that still leaves plenty. In the 18th introduction, he makes the following point: Muhammad is dead. The hadith cited, "The Prophet (God bless him and give him peace) died in my house". Unlike Christianity, where the central figure of the religion is deified, Muhammad was human. He lived, he had wives and children, and then he died. His words and thoughts live on after him, but his corporal form ascended long ago.

A springboard for further contemplation

The hadiths Knight has chosen for his introductions are more than just descriptions of the man or his character, they are also chosen for what they will encourage us to contemplate about Muhammad and the world he lived in. Using these hadiths as a springboard, Knight is able to deepen our understanding of everything from the social, political and religious state of the world around the Prophet to the split between Sunni and Shia that still shapes the politics of the region today.

While some might doubt the veracity of the hadiths as source materials with regard to historical accuracy, in matters of faith, perhaps that shouldn't be a primary concern. This is a book trying to introduce people to a figure who is central to a religion, not a general or a political leader. If we are willing to accept stories about Jesus and Buddha at face value based on similar sources, than we have to grant the same legitimacy to hadith-based scholarship.

Knight has done an incredible amount of work sifting through the thousands upon thousands of hadiths to find 40 he feels will serve as an introduction to Muhammad. Of course he is also honest enough to realise that this is his vision of the Prophet and says "the process of compiling an arba'in became a way of reintroducing the Prophet to myself."

Knight's recent books, both his personal observations on his chosen faith and his academic works, show a remarkable balance between the calm objective nature required by scholarship and the human touch that makes his writing accessible to a wider audience. If you're serious about wanting to learn more about Islam and Muhammad, then "Muhammad: Forty Introductions" by Michael Muhammad Knight is a great place to start.

Muhammad: Forty Introductions by Michael Muhammad Knight will be published by Soft Skull Press on 9 January 2019.

An interview by Foreign Minister Mohammed Javad Zarif has provoked outrage in Iran. In it, Zarif criticised the Revolutionary Guards' destructive role in both the nuclear ... END_OF_DOCUMENT_TOKEN_TO_BE_REPLACED 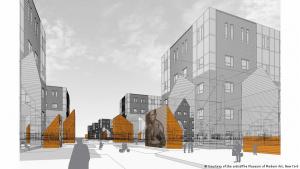 The role of architecture in America's systemic racism

In Islamic mysticism, Ramadan is more than just a period of prescribed abstinence, signifying an opportunity for inner contemplation. Marian Brehmer explores the spiritual ... END_OF_DOCUMENT_TOKEN_TO_BE_REPLACED

India hits record numbers of COVID-19 infections worldwide for the sixth day running, as health systems buckle under the pressure, and shortages of medical oxygen and hospital ... END_OF_DOCUMENT_TOKEN_TO_BE_REPLACED

In his book "Ground Zero: 9/11 und die Geburt der Gegenwart" (Ground Zero: 9/11 and the Birth of the Present) Islamic scholar Stefan Weidner analyses the consequences of the ... END_OF_DOCUMENT_TOKEN_TO_BE_REPLACED

The USA and NATO plan to withdraw from Afghanistan by September. The operation is risky, the outcome uncertain. Many Afghans fear civil war. The quake on the Hindu Kush will also ... END_OF_DOCUMENT_TOKEN_TO_BE_REPLACED
Author:
Richard Marcus
Date:
Mail:
Send via mail

END_OF_DOCUMENT_TOKEN_TO_BE_REPLACED
Social media
and networks
Subscribe to our
newsletter