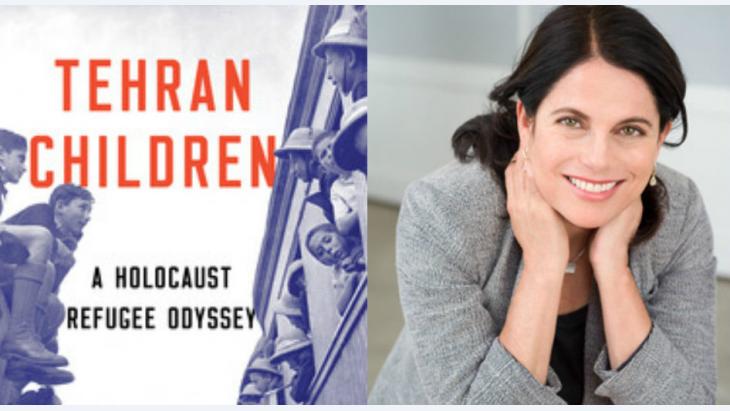 Mikhal Dekel’s father was part of a contingent of Jewish children who went on an odyssey from Poland to Iran as a result of the Holocaust. Dekel has now written a book exploring the story of the "Tehran Children". By Daniel Walter

It started with an intriguing realisation for Mikhal Dekel. She had known for many years that her father Hannan was a "Tehran Child": a term that describes around 1000 Polish-Jewish children who were evacuated from Tehran to Palestine in 1943. Tehran was just one stop on an odyssey that took them via Siberia, Uzbekistan, Iran, Karachi and Egypt. To many people at the time, the successful rescue operation by the World Zionist Organization seemed to border on miraculous.

But what lay behind this familiar term was something that only began to dawn on the Haifa-born literary studies scholar in 2007, more than ten years after her father’s death. Salar Abdoh, an Iranian colleague at her New York University, drew her attention to an article on the "Tehran Children". "Until that moment, I’d never thought about the Tehran part of that term as an actual place," Dekel admits.

The actual place confused Dekel. How did this story of protection and salvation relate to the anti-Semitism and anti-Zionism of the Iranian regime in more recent times? This is one of the guiding questions in a book that Dekel initially started working on with Abdoh, whose own father had fled from the Islamic Revolution. Dekel describes it as a chance "to bypass the long dead-end road between Israel and the Islamic Republic".

As a result, the first of the book’s nine chapters is a brief summary of the long history of Iranian Judaism. There are currently around 8,500 Jews living in Iran; before 1979, that number was more than 100,000. The rest of the book is a chronological journey through the stopping points in Hanna Teitel’s escape route, which began in Ostrow Mazowiecka, Eastern Poland.

An odyssey from one dictatorship to another 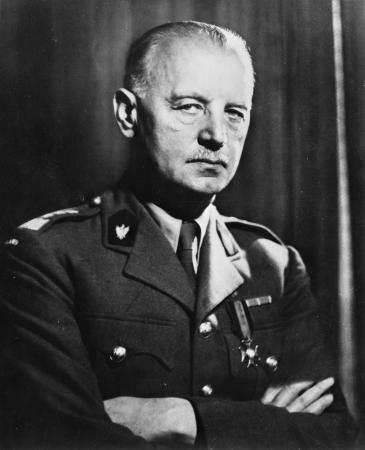 Wladysław Eugeniusz Sikorski, Prime Minister of the Polish government in exile from 1939 to 1943, managed to persuade the Soviets to form a Polish army to support the fight against Hitler's Germany. At the same time, Polish citizens were released from labour camps and prisons – a ray of hope for Hannan Teitel and his family

Hannan Teitel (later Hebraicised to Dekel) was one of the eighth generation of his family to be born in the town, in 1927. The family ran a brewery and so were quite well-off. After the transfer of power to the National Socialists, the Teitels – like millions of other Jews – were faced with a dilemma. Five days after the German invasion of Poland, the Teitels fled from Ostrow Mazowiecka towards the Soviet Union. And then, in the course of Stalin’s mass deportations, the Teitels were deported to Siberian labour camps, along with somewhere between 300,000 and two million other people.

The conditions there were inhumane, as we know from the extensive literature on the gulag system. The Teitel family narrowly escaped death from starvation. The situation only began to change in June 1941, when Germany attacked the Soviet Union. In reaction to this, Moscow took up relations with the Polish exile government in London.

Its prime minister Wladysław Sikorski managed to persuade the Soviets to agree to the formation of a Polish army, to support the fight against Hitler’s Germany. At the same time, Polish citizens were released from labour camps and prisons – a glimmer of hope for Hannan Teitel and his family.

From Uzbekistan to Iran with the Polish army

Together with tens of thousands of others, the Teitels made it 4000 kilometres to Uzbekistan. There, the Polish exile army was assembling under the leadership of General Wladysław Anders. The Uzbek population’s willingness to help was in dramatic contrast to the supply situation. The refugees were left to their fate. A number of them died from starvation and disease.

In light of the unsustainable conditions, Wladysław Anders pursued a plan that had huge consequences for Hannan Teitel. The general convinced the Soviet Union to transfer the Polish army, which now numbered around 70,000 men, to Iran – and as many civilians as possible along with them. The previous year, Iran had been occupied by the Soviets and the British. Hannan’s parents sent him on his way with a total of 1000 Jewish children, including his sister and a female cousin.

Home
Print
Newsletter
More on this topic
The Islamic Republicʹs Jewish minority: Celebrating Sabbath in IranUneasiness among Iran's Jews: The dilemma of Choosing between integration and emigration″Haymatloz″ – a film documentary: How Ataturk rescued the Jews
Related Topics
Book reviews, History of the Near and Middle East, Holocaust, Jews in the Islamic world, Judaism | Jews, Minorities in the Muslim world, National Socialism | Nazism, Refugees
All Topics

Recent efforts to rehabilitate Assad are setting a damaging precedent for accountability, just as the international community is expressing the need to hold Russia to account for ... END_OF_DOCUMENT_TOKEN_TO_BE_REPLACED

Nouara may be 65, but she is ready to join thousands of others who burn their ID and pay traffickers for the chance of a new life in Europe. Zineb Bettayeb reports END_OF_DOCUMENT_TOKEN_TO_BE_REPLACED

Education for girls and women is still possible in Afghanistan, says Reinhard Eroes of the Kinderhilfe Afghanistan initiative. In interview with Elisa Rheinheimer, he talks about ... END_OF_DOCUMENT_TOKEN_TO_BE_REPLACED

Locals in the Middle East have said European critics are showing bias and hypocrisy when they condemn Qatar. Observers agree that Qatar has had to deal with more criticism than ... END_OF_DOCUMENT_TOKEN_TO_BE_REPLACED

In Doha, Arabs from Morocco, Tunisia, Egypt and Algeria are gathering to celebrate the first ever FIFA World Cup to be held on Arab soil. The criticism from Europe? Over the top, ... END_OF_DOCUMENT_TOKEN_TO_BE_REPLACED
Author:
Daniel Walter
Date:
Mail:
Send via mail

END_OF_DOCUMENT_TOKEN_TO_BE_REPLACED
Social media
and networks
Subscribe to our
newsletter