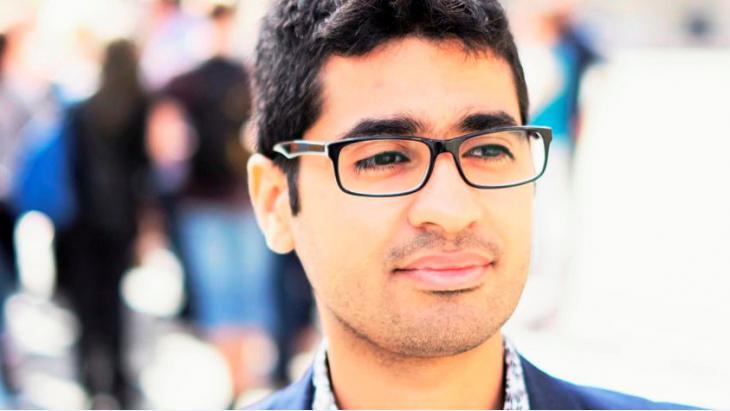 In his book, "Unter Weißen" (Among Whites) just published in Germany, journalist Mohamed Amjahid examines the stereotype of the "lust-driven, primitive and dangerous 'Oriental'". He holds up a mirror to the white majority in society, exposing the racist nature of myths of "otherness" and showing what it means to live among whites as a non-white person. By Ozan Keskinkilic

Amjahid, son of a Moroccan guest worker, sprinkles his book with whimsical anecdotes. There is the one about Ulrike, for example, who explains the concept of cycling to him. Or Gerhard, who tells him that in Germany the dead are buried in coffins. "The village," Amjahid notes in his diary, like a conscientious ethnologist jotting down the results of his fieldwork, "is very strange".

The objects of the research are white, full of praise for his German language skills and often come patronisingly close to patting him on the head. He learns to have patience in such situations, however and to ignore racist comments. Amjahid goes on to university and later takes up a successful career in journalism. "Unter Weißen" is about the difficulties and obstacles he has had to overcome along the way and about the perceptions and attitudes that cause feelings of alienation.

In this, his first book, the political reporter's primary interest is not in "migrants", "Muslims", dubious migrants or newly arrived "Nafris" (controversial abbreviation coined by the German police for North African multiple offenders) from foreign countries, but rather "the majority, those who set society's 'self-evident' standards and define who or what should be regarded as different or 'other'". The problem is not just Nazis, right-wing populists or AfD voters. Amjahid wants to reach the social mainstream – where "racist knowledge" is most inconspicuously and most obstinately present.

Antitypes leave no space for individuality

The book treats events surrounding the sexual assaults at Cologne's main railway station on New Year's Eve in 2015. "Men of North African appearance groped and violated qua culture, qua origins or qua DNA, our German women." An "alleged reality", writes Amjahid, "there is no such thing as the "Nafris", the blacks, the Turks or the foreigners". They are inventions – antitypes that leave no space for individuality.

Mohamed Amjahid does not quite fit the popular image of the primitive, misogynist Muslim. The avowed atheist is praised for his knowledge of German and for his liberal views. He becomes something of a reluctant role model for integration, one of the "good" exceptions to "the rest", those who allegedly refuse to be integrated.

For the journalist himself, however, this is mere "tokenism", where "a few non-whites are permitted to take their place at the table of the privileged – if they behave appropriately". Amjahid does not pull any punches when it comes to identifying such tokens. Well-known "critics of Islam" such as Akif Pirincci, Hamed Abdel-Samad or Necla Kelek are among those named; "principal witnesses" from the "parallel society" who reinforce prejudices against an aggressive, violent and anti-feminist Islam. 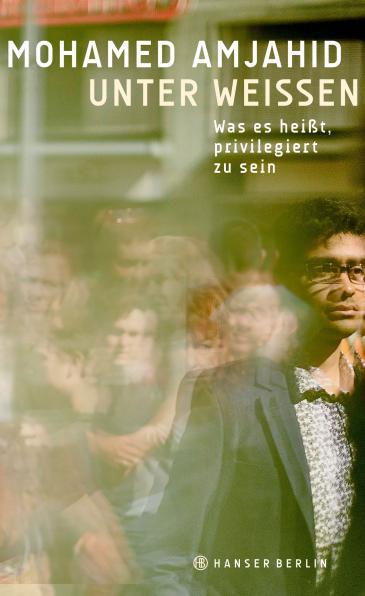 Amjahid′s "Unter Weißen" talks of resistances, but also of intractable colonial attitudes on the part of those concerned, of prejudice and mutual rivalries. The book is an accomplished piece of work and a worthy contribution to the never-ending migration debate – dispassionate, tolerant and accessible

Amjahid is no stranger to being the object of general suspicion and he knows what it is like to be treated differently. He doesn't mince his words when it comes to describing the difficulty of overcoming bureaucratic hurdles or his vain attempts to get a German visa.

He reports on the gruelling odysseys of his dealings with officialdom, of being laughed at by the person dealing with him and the irksome necessity of having to have a "white guarantor" to ensure that his rights are respected.

He refuses to be beaten by such experiences, however, regularly challenging limitations to mobility. On the border between Texas and Mexico he is cross-examined in chains, in Hungary he hides refugees in a synagogue and back in Munich a refugee helper at the railway station explains to him what soap is for.

Racism is not just a problem of the extreme right, says Amjahid. It also rears its head among the "tolerant idealists", in well-intentioned gestures, paternalistic intrusions or in a privilege to which the privileged are oblivious.

The writer would like to see a systematic decolonisation take place, a social learning process. But this would also entail equal access to resources and ensuring the rights and representation of minorities, be it in public office, management positions in companies, the German film and arts industries or the media.

"The racism of the past," he says, "like that of the present day, is like a plastic bottle that one throws away and immediately forgets. That bottle may well end up in the sea, however, the plastic molecules suffocating fish, or it could be burned at a waste disposal site, releasing toxic chemicals into the atmosphere, or perhaps simply be left lying around, not decomposing for hundreds of years."

"Unter Weißen" is a clear and unequivocal reflection on the mainstream majority in society and one that challenges them to question their own privileges. At the same time, the author does not ignore non-whites. He talks of resistances, but also of intractable colonial attitudes on the part of those concerned, of prejudice and mutual rivalries.

Amjahid does not get lost in abstractions. With a good portion of self-irony and the requisite sensitivity, he delves into the world of those people who all too often become the objects of white fantasies, fears and sexual desires – in the field of racism studies a process known as "othering".

It was Edward Said's study, "Orientalism", published in 1978 that laid the foundation of the critical analysis of a discourse that still defines and dominates the image of the "Orient" and its peoples. Anti-Muslim racism in particular is thriving on the "us" and "them" attitude.

People suddenly become "Muslims", defined in terms of their ascribed culture and religion and collectively defined as problematic or disruptive.  Amjahid sees his book as at the interface to postcolonial criticism. He succeeds in showing that the discourse on the other says more about the speaker than it does about his caricatured counterpart.

"Unter Weißen" is an accomplished piece of work and a worthy contribution to the never-ending migration debate – dispassionate, tolerant and accessible. It is an invitation rather than an indictment. It cannot be any more, because voluntarily deciding whether or not one wants to deal with racism is after all one of the most significant of white privileges.

Ozan Keskinkilic is a political scientist, activist and freelance author. He is a founding member of the Salaam-Shalom Initiative. His research activities at the Alice Salomon Hochschule focus on post-Nazi remembrance culture and German colonial history.

Musicians from Morocco to Iraq have been crossing paths at the Oriental Summer Academy in south-western Germany for ten years. Matthias Wagner, who founded and directed the ... END_OF_DOCUMENT_TOKEN_TO_BE_REPLACED

The Human Rights Film Festival Berlin has been held for the third time in 2020 under the patronage of Nadia Murad. In just a short time, this festival, which was initiated by the ... END_OF_DOCUMENT_TOKEN_TO_BE_REPLACED

The small East African nation of Djibouti has so far evaded musical discovery by the West. Now, however, the country's official national band, Groupe RTD, is picking up ... END_OF_DOCUMENT_TOKEN_TO_BE_REPLACED

Germany is home to 21 million people with a migrant background. Hospices and providers of palliative care are adapting their practices to make them more inclusive. By Christoph ... END_OF_DOCUMENT_TOKEN_TO_BE_REPLACED
Author:
Ozan Zakariya Keskinkilic
Date:
Mail:
Send via mail

END_OF_DOCUMENT_TOKEN_TO_BE_REPLACED
Social media
and networks
Subscribe to our
newsletter