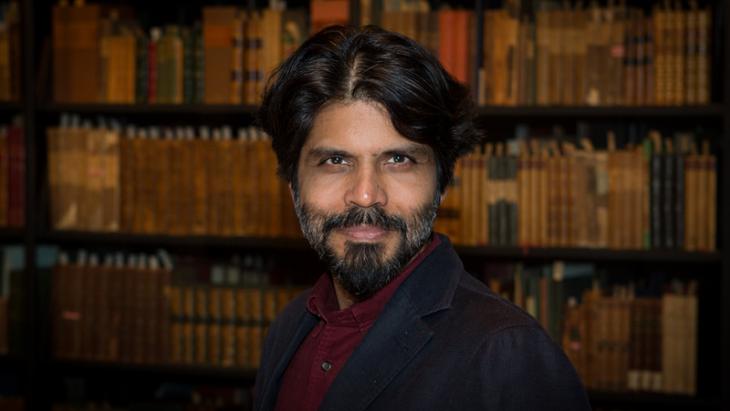 In his book "Age of Anger: the history of the present" the Indian author Pankaj Mishra sees global distortions as the result of a birth defect in European modernity. Stefan Weidner read the book

Pankaj Mishra, born in 1969, puts forward a radical thesis in his new, wide-ranging essay. Despite some redundant ideas and the tendency to harness every piece of bad news to support his theory, the result is strikingly coherent, though it may also drive you to despair.

Mishra′s basic argument projects the traumas of the 19th century in Germany and other ′late′ nations such as Italy and Poland onto the problems of the globalised world in the 21st century.

A spirit of resentment against the two superior nations of France and England, which regarded themselves as liberal and enlightened, gave rise to a nationalistic, revanchist mysticism among the peoples without a state.

The resurrection of nationalism

This is exactly how Russians, Turks, Arabs and Chinese feel towards the West today. Speaking of nationalism, Mishra says: "its political resurgence shows that ressentiment – in this case, of people who feel left behind by the global economy or contemptuously ignored by its slick overlords and cheerleaders in politics, business and the media – remains the default metaphysics of the modern world". 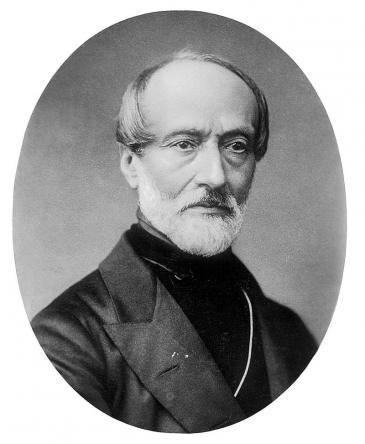 Mishra provides extensive proof that poets, thinkers and activists such as Mazzini, with their romantic visions, were enthusiastically received and imitated in all the emergent countries outside Europe that felt they were at a disadvantage

Mishra′s sources for this "default metaphysics" are Herder and Fichte, the Italian freedom fighter and revolutionary thinker Mazzini, the Futurist poet D′Annunzio and the Polish national poet Mickiewicz, but also Dostoyevsky and the Russian anarchist Bakunin.

Mishra provides extensive proof that these poets, thinkers and activists, with their romantic visions, were enthusiastically received and imitated in all the emergent countries outside Europe that felt they were at a disadvantage.

Just as the pent-up frustration of the 19th century gave rise to anarchist terrorism and its theoreticians, it has today led to Islamic terrorism and nationalist, religious autocrats such as Putin, Erdogan and Modi. In India, Modi is pursuing a nationalist ideology of anti-Islamic Hindu revival, taking his cues from the Mazzini devotee Savarkar, who also inspired Gandhi′s murderer.

The unfulfilled promise of prosperity

The indestructible economic hegemony of the West is at odds with the promise of prosperity and individual happiness that the West made to the world – a promise that has only been fulfilled for a tiny minority. Mishra′s understandable evidence confronts the apologists for the present world order with the question of how they intend to provide justice and future prospects for all those people who have gradually jettisoned their traditions for the promise of individualistic, materialistic salvation.

With reference to Gandhi and Simone Weil, Mishra suggests that it might be time to call into question "the emphasis on individual rights" and with it the ambitions of an "international commercial society [...] founded on individuals enviously emulating the rich and craving their privileges".

Mishra sides with Nietzsche in seeing the archetypal conflict between liberal and anti-liberal world views as prefigured in the battle between Rousseau and Voltaire around 1760. Voltaire appears as the liberal Enlightenment thinker, who cosies up to the powerful, tours the salons and makes good use of the economic advantages afforded to him by his position. 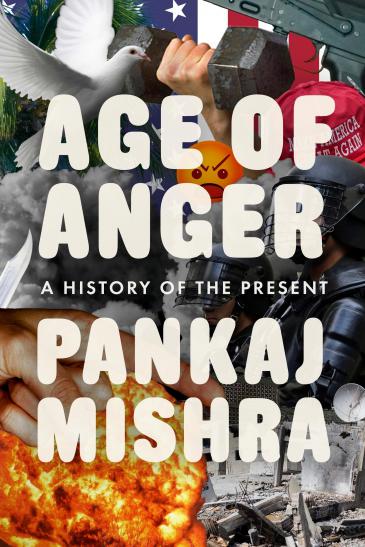 With reference to Gandhi and Simone Weil, Mishra suggests that it might be time to call into question "the emphasis on individual rights" and with it the ambitions of an "international commercial society [...] founded on individuals enviously emulating the rich and craving their privileges"

He is the prototype for the elites of non-western countries who co-operate with and profit from the West; elites who look down on their "unenlightened" fellow citizens and who do very well financially out of the liberalism that they propagate.

Rousseau, by contrast, did not feel at home in high society. He felt like a traitor to the people and styled his belligerence as sincerity, purity and social martyrdom – a self-image that we see recurring in today′s terrorist propaganda videos. In this respect Rousseau is the precursor to all those who feel similarly misunderstood and overlooked today and want to take revenge on society.

According to Mishra, these two attitudes are connected and their proponents are equally prepared to incur casualties. It was Voltaire who endorsed Catherine the Great′s plan to teach Poles and Turks the values of the European Enlightenment "with bayonets at the end of their rifles". His attacks on religion were what first created space for the default religion of ressentiment.

The two sides of a violent coin

And unlike Rousseau, he was not interested in the fate of ordinary people. These men are the two sides of the same at once glittering and violent coin called "the West". Like the dollar, this coin is the anchor currency even in the areas where people protest loudly against it.

For people in the West, meanwhile, "the global civil war is deep within us; its Maginot Line runs through individual hearts and souls."  "Our culture" – Mishra evidently counts himself in this – "stokes unappeasable vanity and shallow narcissism."

Assume for the moment that this blanket statement is accurate: how can the dilemma be resolved? When nothing exists outside the West any more, because the West has infiltrated all other cultural traditions, what are the alternatives? Mishra doesn′t provide an answer here. He "sympathise[s] with both sides of this debate", obviously wanting to be neither Rousseau nor Voltaire.

But, given that these two are the only options in the world he has described, he wonders what he wants to be instead. The "need for some truly transformative thinking, about both the self and the world", postulated in the book′s final sentence, has occurred to others before him. And now, it would be good to see what that thinking looks like.

Anyone familiar with Mishra′s other books, particularly the autobiographical essay on cultural history "An End to Suffering: the Buddha in the World", will know that his personal leanings are towards a Buddhist answer. But Mishra isn′t trying to convert anyone and so he leaves his readers with this bitter report, which may ultimately reinforce the very nihilism that he aims to counter.

Since returning to power in Afghanistan, the Taliban have steadily eroded the rights and opportunities of women and girls, particularly their access to education. But Afghans are ... END_OF_DOCUMENT_TOKEN_TO_BE_REPLACED

The book "The Invention of the Maghreb: between Africa and the Middle East" prompts us to review basic terminology. This includes terms that we use almost every day as if they are ... END_OF_DOCUMENT_TOKEN_TO_BE_REPLACED

Tunisia has been going through a severe economic and political crisis in recent years. More than one in three young people there are unemployed. For many skilled, qualified and ... END_OF_DOCUMENT_TOKEN_TO_BE_REPLACED

At the end of every year, the team at Qantara.de gives you a run-down of the ten most-read articles on the site over the past 12 months. Here is a quick overview of the stories ... END_OF_DOCUMENT_TOKEN_TO_BE_REPLACED

The government in the Netherlands, one of the last European nations to abolish slavery, has made an historic apology. But some feel that there is still a long way to go. By Ella ... END_OF_DOCUMENT_TOKEN_TO_BE_REPLACED

To celebrate the bicentenary of the deciphering of the Rosetta Stone, the British Museum is running an exhibition entitled "Hieroglyphs: unlocking ancient Egypt" until February ... END_OF_DOCUMENT_TOKEN_TO_BE_REPLACED
Author:
Stefan Weidner
Date:
Mail:
Send via mail

END_OF_DOCUMENT_TOKEN_TO_BE_REPLACED
Social media
and networks
Subscribe to our
newsletter