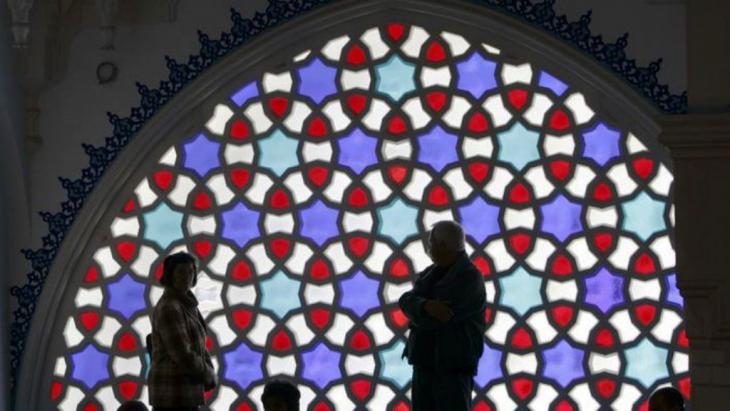 How is the relationship between science, philosophy and religion discussed in the Muslim world, beyond the well-known dictum that Islam rules its states and societies and therefore also determines its morality and aesthetics? A new series by Berlin-based publishers Klaus Schwarz addresses this question. By Sonja Hegasy

Initiator and editor of the publication ″Wissenschaft, Philosophie und Religion. Religionskritische Positionen um 1900″ is the Islamic studies scholar Anke von Kugelgen, one of a handful of German-speaking academics to have taken a sustained interest in contemporary philosophy from the Islamic world. In this context, she employs "Middle Eastern" as a purely geographical term, as one might Japanese or Indian.

And the answer to the question is initially a straightforward one: yes, a debate on the relationship between rational, scientific and sociological and religious, mystical understandings of the world has been raging for the past 200 years. Anke von Kugelgen shows how lively and current this debate is.

She recognises three ways of thinking when looking at the incursions made by science into the religious world: the conflict theory, in which new scientific discoveries have led to a radical criticism of religion. Its proponents see God as something mankind has created in its own image. Taking the Koran and the hadiths, they confront believers with the question of how a merciful God could be so vengeful as to design a hell where humans swelter for eternity.

No contradiction between science and religion

The harmony theory sees no contradiction between science and religion; the Koran also covers latter-day phenomena such as microbes or democracy. Where there is conflict, people must follow human reason (for that is why God endowed mankind with reason) and not stick to the letter of the Koran. And then there is the autonomy theory, according to which science and religion each have their own area of authority and may not lay any claims to the other′s field. 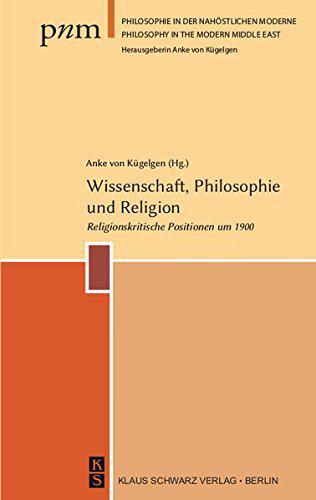 The volume, edited by Anke von Kugelgen, features for the first time a compilation in German of critical religious positions held by Muslim intellectuals, both secular and reformist

Von Kugelgen quotes advocates of this very widespread worldview such as Farah Antun, from 1902: "religions were ordained (by God) to rule over the next world, not this one. And anyone who employs them to rule over this world is doomed to failure, even though he may be successful at first."

In the course of this debate over the nineteenth and twentieth centuries, the central texts of European philosophy were translated and commented upon. Kant, Nietzsche, Darwin, Simon, Tolstoy, Spinoza, Heidegger, Marcuse, Russell, Popper, Derrida, Foucault and Habermas – they were all adopted and have become important father figures in the philosophy of the Middle Eastern world. There have been 58 translations of Heidegger into Arabic since 1990.

By contrast, hardly anything is known here about the Middle Eastern polymaths and intellectuals who produced translations and commentaries and developed their own ideas based on these texts.

Calls for an ′Islamic Luther′ 150 years ago

It would surprise many readers to learn that 150 years ago, people had already started calling for a "Islamic Luther" and that the Arab polymaths′ engagement with Christianity led to some of them converting back and forth between Eastern Christianity, Protestantism and Islam.

The editor′s worthwhile introduction takes up a third of the book, with twenty short biographies of the most important intellectual pioneers (hardly any women amongst them). Unfortunately, the book′s subtitle is "Religious criticism around 1900", although the introduction takes us right up to the 21st century. The second part of the book then introduces four original texts by Muslim critics of religion. For the first time in German, this volume brings together two representatives of the harmony theory and two of the conflict theory, each introduced and contextualised with notes on the author′s biography, how the work came to be written and the effect it had.

Some observers of the region try to dispute the necessity of engaging with the authors introduced here, by pointing out that all too frequently intellectuals have been marginalised, forced into exile, killed – or silenced in some other way. This new book disproves that argument, by showing the diverse contributions to the debate over two centuries.

The editor has chosen the bestsellers and famous texts from around the turn of the 20th century. Striving for freedom, the rule of law and the emancipation of women are common threads in Middle Eastern philosophy, writes Anke von Kugelgen. This view is not a product of her own wishful thinking (and anyone who knows the author knows that she would never accept uncritical positions in the interests of a good cause); it is corroborated by the arguments on 310 pages.

Three further volumes in the new pnm series are planned for 2017 and 2018, under the aegis of the current leading academics in this field: Kata Moser investigates the disciplinary development of philosophy in the Arab world. Roman Seidel looks at the reception of German philosophy in the works of Mohammed Shabestari. And Sarhan Dhouib is putting together an anthology on the theme of tolerance/intolerance, with previously untranslated essays by fifteen Arab intellectuals.

You might wish that this volume had stuck its neck out a little more boldly. In a few places you want to urge readers: brave the gaps in your knowledge! But most of all you want to urge them: read!

Alaa Abd el-Fattah, arguably Egypt’s most prominent democracy activist, has just been handed another lengthy prison sentence. Despite this, a book of his writing has recently been ... END_OF_DOCUMENT_TOKEN_TO_BE_REPLACED

People in Arab countries have been talking more openly about sex and sexuality for some time now, especially on social media. And for the first time ever, they have the vocabulary ... END_OF_DOCUMENT_TOKEN_TO_BE_REPLACED

A prominent rights group in Egypt, the Arabic Network for Human Rights, is ending operations just as the country braces for a controversial NGO law. Is this the beginning of the ... END_OF_DOCUMENT_TOKEN_TO_BE_REPLACED

Moncef Marzouki was Tunisia's first democratically elected president after the fall of dictator Ben Ali. Today he is the most prominent critic of increasingly counter- ... END_OF_DOCUMENT_TOKEN_TO_BE_REPLACED

Asef Bayat, professor of Sociology at the University of Illinois, Urbana-Champaign, has been studying revolutions and how they affect people since 1979. In his recent book, " ... END_OF_DOCUMENT_TOKEN_TO_BE_REPLACED

Every year in December, the team at Qantara.de takes a look back at the articles that proved most popular with our readers. This year is no different. Here is a run-down of the ... END_OF_DOCUMENT_TOKEN_TO_BE_REPLACED
Author:
Sonja Hegasy
Date:
Mail:
Send via mail

END_OF_DOCUMENT_TOKEN_TO_BE_REPLACED
Social media
and networks
Subscribe to our
newsletter