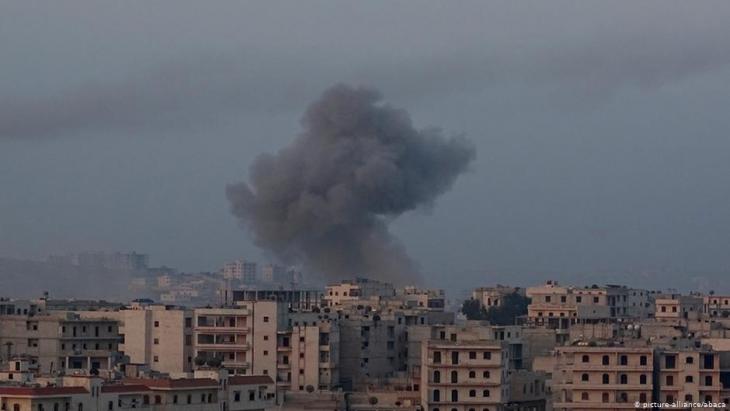 Middle East expert Kristin Helberg has published an authoritative book on Syria. In it, she explains why the conflict there is by no means over. In her home country of Germany, however, the Syrian debate is short on hard facts and more often than not clouded by populist repatriation fantasies. By Rene Wildangel

In late April 2019, posters started appearing as though from nowhere in various locations in Berlin. They announced an astonishing piece of news: "The war is over. Syria needs you."

The group responsible for the illegally-disseminated message was the right wing radical splinter group of the Identitarian movement. Its aim was to call for the deportation of Syrian refugees back to their country of origin. Using a language that seeks to conceal its misanthropic goals and latches onto a discourse that has already gained traction in Germany. After all, not only are the voices now tabling the idea of a return to Syria increasing in number, they are also not limited to the extreme right wing.

The latest push came from Interior Minister Horst Seehofer in the BILD newspaper: "As soon as the situation allows, we will carry out repatriations," he said. This was his response to reports about Syrian nationals returning to Syria for short trips. Editor Mohammed Rabie also claimed in BILD: "For me, those who travel to Syria on holiday are pro-Assad refugees; otherwise they wouldn't fly to Damascus or Latakia."

Populism that can have dangerous consequences for Syrians. For example for those who undertake a risky home visit to see sick relatives or bury their dead. 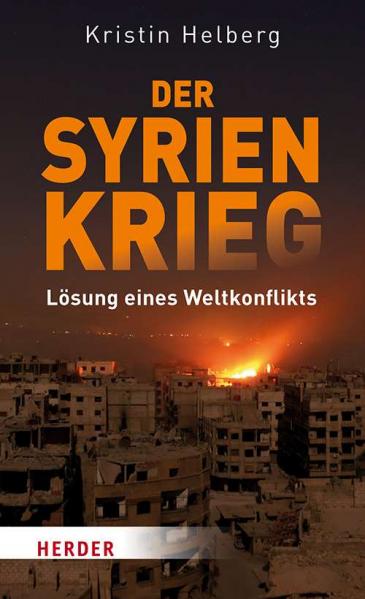 In her new non-fiction book, Helberg, a long-time observer of events in Syria, reveals how the Assad clan in Syria has secured power and cemented loyalty down the decades: with extreme brutality and a well-defined system of patronage

"The war appears to have reached a military conclusion, but does that mean it is over?" asks Helberg at the start of her book "Der Syrien Krieg. Loesung eines Weltkonfliktes" (The war in Syria. Resolving a global conflict) published in German in 2018.

Her unequivocal answer is no and the reasons she gives numerous: the persistence of the Syrian regime, the discord within the opposition and the many foreign interests at play. She analyses these reasons in detail, thereby providing the very facts necessary for objective debate. That this book was barely noticed in Germany speaks volumes: not a single publication found it worthy of review.

As someone who has observed the progress of this conflict over many years, Helberg makes it clear how the Assad clan in Syria has secured power and cemented loyalty down the decades: with extreme brutality and a well-defined system of patronage.

As well as the classic pillars of Syrian control such as party, military, intelligence agencies and business elites, the war has also facilitated the rise of new criminal networks: war profiteers guilty of serious felonies who have ruthlessly lined their pockets. And paramilitary forces deployed to fight opponents characterised by their particular proximity to the regime.

Helberg shows how the Syrian regime has adapted itself in its dealings with its own society and how it has demonstrated true mastery in the oppression of its opponents. This is especially true of the way in which the main religious denominations and ethnic groups are cleverly played off against each other by the regime.

But Syrian society was fractured long before the start of the current conflict. An already traditional hesitancy and fear when talking about political issues has been massively exacerbated yet again by the war, arbitrary persecution of individuals by the government, and the rise of jihadist groups at a local level.

Rightly, Helberg draws attention to the fact that due to omnipresent spies and the threat of retribution, uttering personal views on the government can be fatal. Levels of popular mistrust are greatest in areas that were temporarily under opposition control. Even in the traditional ancestral homeland of the Assad family, there can be no assumption of safety these days.

Germany's foreign policy is explicitly values-based. But what happens, Ralf Bosen asks, when democracy, the rule of law and human rights collide with the logic of trade and ... END_OF_DOCUMENT_TOKEN_TO_BE_REPLACED

No other Western poet was arguably so well-versed in the Koran or so fascinated by Islam as Germany's national hero, Goethe. In a new publication that examines all Goethe's ... END_OF_DOCUMENT_TOKEN_TO_BE_REPLACED

A deluge of books, movies, series and cover stories: ever since the events of 9/11, the West has seemed almost manically preoccupied with Islam. Yet this has rarely led to deeper ... END_OF_DOCUMENT_TOKEN_TO_BE_REPLACED

Twenty years after 9/11, the world is faced with the dual challenge of Islamophobia and anti-Westernism. Ahmet Kuru argues that Muslims in the West, well versed in both Western ... END_OF_DOCUMENT_TOKEN_TO_BE_REPLACED

Two decades after the attacks of 11 September 2001, the West faces the shattered debris of its failure – not only in Afghanistan, but also in Iraq, Syria, Libya and Yemen. What ... END_OF_DOCUMENT_TOKEN_TO_BE_REPLACED

Twenty years after 9/11, the United States is recalibrating its war policy. However, its assertions that the era of endless wars is over are a myth, writes Maha Hilal END_OF_DOCUMENT_TOKEN_TO_BE_REPLACED
Author:
René Wildangel
Date:
Mail:
Send via mail

END_OF_DOCUMENT_TOKEN_TO_BE_REPLACED
Social media
and networks
Subscribe to our
newsletter