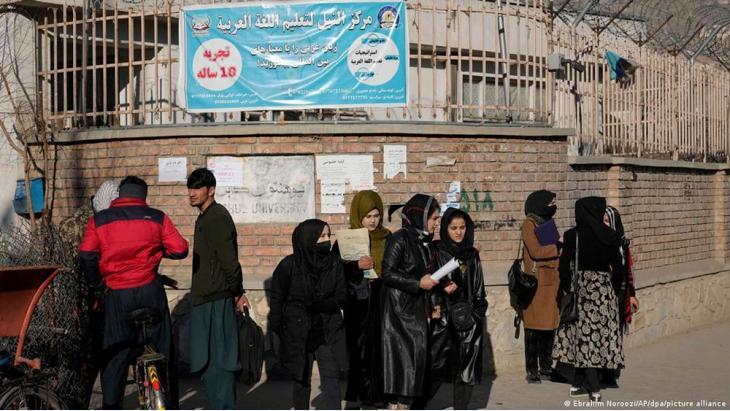 "Not our Islam!"
German imams condemn ban on university education for Afghan women

German imams have publicly expressed their solidarity with the women of Afghanistan. In a letter of protest, the clerics say that the Taliban regime's decree barring women from universities cannot be justified by Islam and is even "in fatal contradiction" to the religion

German imams have written a letter of protest condemning the Taliban decree banning women from attending university in Afghanistan. In a statement entitled "Not our Islam!", which the German Protestant Press Service (epd) has seen, 25 Muslim clerics emphasise that excluding women from universities is at variance with their religion. The German daily newspaper Rheinische Post first reported on the statement on 29 December.

"Preventing women from attending educational institutions or working and realising their full potential reinforces the structures that make these women dependent on the patriarchy. This is in fatal contradiction to Islam as we understand and teach it," the statement said. The imams went on to say that German politicians and civil society must take clear steps "to help women in Afghanistan get back their rights to education and freedom." Appeals alone, they said, were not enough.

On the initiative of the Münster-based Islamic theologian and imam Mouhanad Khorchide, the 25 clerics came together to form the association "Begegnung zwischen Imamen, Wissenschaft und Gesellschaft" (Meeting of imams, science, and society). 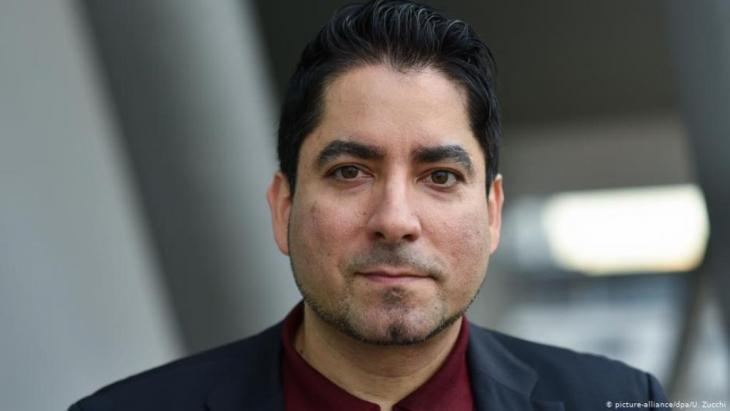 "Women should be encouraged to raise their voices, to stand up and say 'we no longer want to be treated as objects'," Mouhanad Khorchide, head of the Centre for Islamic Theology (ZIT) at the University Münster, said in an interview with DOMRADIO.DE

Education is a "religious duty for every man and every women"

In their statement, the German imams used their religion's vision of humankind to underpin their argument: "Islam, as we understand it, teaches that humans – regardless of whether they are male or female – are self-determined subjects willed by God." They went on to say that education helps create the conditions that allow the self-determination of each individual to evolve. They also pointed out that the Prophet Muhammad stressed that education is a "religious duty for every man and every woman".

The Taliban's interpretation of Islam, wrote the imams, paints a picture of the religion as "a message of tutelage and degradation of humans," adding "This is not our Islam." The imams wrote that reducing a woman "to an object of dependence or an object of sexual gratification for men" is a misogynous attitude they roundly reject.

The signatories of the statement appealed to the rulers in Afghanistan to "urgently refrain from misogynous and misanthropic actions in the name of Islam." They emphasised that they stood in solidarity with Afghan women but also with every women who demands her right to education and self-determination. (epd)

Since returning to power in Afghanistan, the Taliban have steadily eroded the rights and opportunities of women and girls, particularly their access to education. But Afghans are ... END_OF_DOCUMENT_TOKEN_TO_BE_REPLACED

Since seizing power in mid-2021, the Taliban have continued to restrict the rights of Afghan women and girls. At the end of 2022, they banned women from attending higher education ... END_OF_DOCUMENT_TOKEN_TO_BE_REPLACED

At the end of every year, the team at Qantara.de gives you a run-down of the ten most-read articles on the site over the past 12 months. Here is a quick overview of the stories ... END_OF_DOCUMENT_TOKEN_TO_BE_REPLACED

The "Weiter Schreiben" (Keep Writing) project promotes literature from war-torn and crisis-stricken regions and has, most recently, shone its spotlight on Afghanistan. Afghan ... END_OF_DOCUMENT_TOKEN_TO_BE_REPLACED

The Islamic Republic has been unable to quell the civil unrest that erupted three months ago, after Mahsa Amini died after being detained for violating hijab rules. Now the ... END_OF_DOCUMENT_TOKEN_TO_BE_REPLACED

Education for girls and women is still possible in Afghanistan, says Reinhard Eroes of the Kinderhilfe Afghanistan initiative. In interview with Elisa Rheinheimer, he talks about ... END_OF_DOCUMENT_TOKEN_TO_BE_REPLACED
Date:
Mail:
Send via mail

END_OF_DOCUMENT_TOKEN_TO_BE_REPLACED
Social media
and networks
Subscribe to our
newsletter