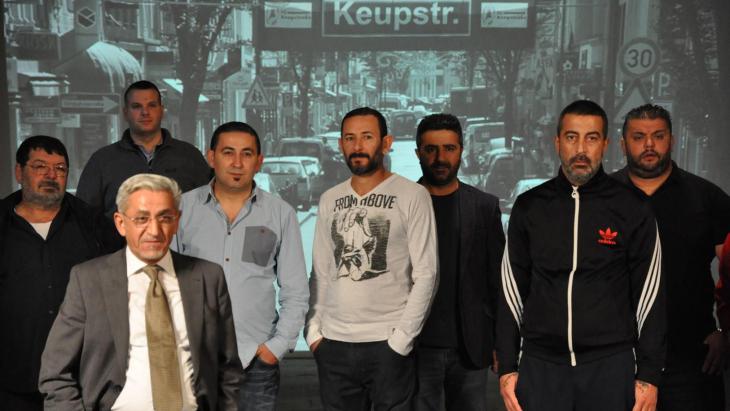 The bombers? The authorities soon decide the victims themselves must have been the perpetrators. An act of terror is ruled out from the outset, as Germany’s then interior minister, Otto Schily announced: "The findings our security authorities have made to date do not indicate a terrorist background, but point to a criminal environment." Police and investigators suspected conflicts between businesspeople of Turkish origin and mafia-like structures. Or even insurance fraud, suggested by the very first question – "Are you insured?" – asked by officers attending the scene.

For seven long years, the authorities stuck to their convictions – until 2011. That’s when it became clear that the "National Socialist Underground" (NSU) was responsible for the bombing.

Until that point, however, the victims from Keupstraße, a mainly Turkish shopping street in Cologne’s Mulheim district, were rendered criminals, with investigations against them continuing for seven years – even though they informed the police on several occasions of their suspicions that the bombers might come from the radical right.

Abdulla Ozkan, a customer in the hairdressing salon at the time of the attack, was also severely injured; he is one of the documentary’s main protagonists. He too was accused in police interrogations of being part of a criminal "bouncers scene". "We weren’t questioned like victims. They didn’t ask us if we needed anything, if we were medically OK, if we wanted a drink or anything like that. They were hard as nails – I was a suspect for them, not a victim," he says.

The long process of false accusations becomes horrifyingly clear when the director Andreas Maus quotes from the investigation files, to which he had access as a journalist. The quotes are presented plainly by actors against the backdrop of an old factory hall, sparely lit, the camera directly on the speakers. A stark device that concentrates the dialogues from the police files far away from the events on bustling Keupstraße, transfixing cinemagoers. With our present knowledge that it was right-wing radicals who wanted to kill as many passers-by as possible with their nail bomb, the questions and answers from the interrogations come across as almost cynical. Questions about private life are routine, harmless card games are blown up into accusations of gambling, other women are suggested, income from a family business is seen in a dubious light.

The police even had Yildirim followed by undercover investigators; after all, he cut the hair of "strong-looking men" in his salon. "They all pointed the finger at us," says Yildirim. The previously friendly Keupstraße neighbourhood became riven by mistrust and suspicion.

The film never emotionalises, never stages its own truths; it is these police questions that illustrate the failure of the German authorities – and the state as a whole – with no further comment necessary. Even Cologne’s then police president, Klaus Steffenhagen, makes a confident appearance on screen. Only to assure us, however, that he did not follow the investigations at the time and can therefore not make a statement on them: "I simply have no knowledge of the case" – an added dash of cynicism. 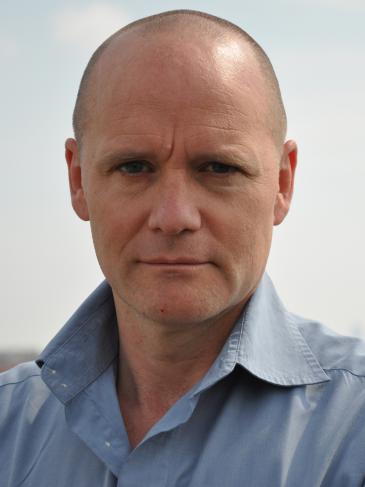 "Maus succeeds in regaining the deeply shaken trust of the victims, so as to assemble the many pieces of the NSU jigsaw. Not only that – he gives the victims an opportunity to reflect anew on screen, to discuss and bear witness," writes Tabeling

The director and experienced journalist Andreas Maus resurrects 2004’s TV pictures and hectic headlines, interrupted by nails falling in slow motion, used repeatedly as a scenic element. These inserts are symbolic of the wounds left by the nails to this day. They are still buried deep in the victims’ flesh, not only wounding body and soul, but also symbolising profound disappointment, powerlessness and for some, like Abdulla Ozkan, a lack of basic rehabilitation and support for dealing with the long-term effects. "We’re second-class victims," says Ozkan.

The structural mistakes in the investigation and the prejudice at play are a slow and cruel illustration of this failing. One victim puts it very clearly in the film: "There were two bombs: one blew nails at us when it exploded and the other was the justice and legal system that didn’t work."

Only years later, once it became clear who was behind the attack, did the whole country seem to stand behind the victims. There was the "Birlikte Festival" for example, held in Cologne on the tenth anniversary of the bombing, in the summer of 2014. Seventy thousand people, including local and national politicians and celebrities, came together for media-friendly solidarity rallies under the motto "Stand Together".

Maus documents this aspect too from a distance, uncommented, letting the footage speak for itself. Promises are made, changes pledged, the victims and the hairdressing salon, forgotten for ten years, suddenly find themselves almost celebrities in the limelight as the media and politicians flock to the neighbourhood, looking awkwardly staged at times. With the words "Hello, here I am," a smiling federal president turns up for a photo opportunity with the NSU victims in the crowded salon.

Maus’s important documentary performs urgently needed political education work, probing the open wound, where the authorities and the state have failed. And it shows what that failure does to people who have been integrated into German society for decades, fall victim to German terrorists and have to live with the situation without a voice.

Maus also succeeds in regaining the deeply shaken trust of the victims, so as to assemble the many pieces of the NSU jigsaw. Not only that – he gives the victims an opportunity to reflect anew on screen, to discuss and bear witness.

He didn’t want to promise justice with the documentary, Maus said, but the film not only leaves many questions unanswered, such as why the failures of the German state have apparently had no consequences. It also leaves the audience with the oppressive feeling that the "coiffeur from Keupstraße" is exemplary of many mistakes made on a small and large scale – without ever having been systematically investigated.

Home
Print
Newsletter
More on this topic
NSU trial against right-wing terrorism in Germany: Building up new trustTurkish victims of the NSU murders in Germany: A daughter demands justiceRacism in Germany: Time to talk about racism
Related Topics
Migration in Germany, Muslims in the West, NSU trial, Rule of law, Xenophobia
All Topics

Sudanese protesters have been calling for the removal of German diplomat Volker Perthes from the UN mission to the country. Despite the fractious nature of post-dictatorship ... END_OF_DOCUMENT_TOKEN_TO_BE_REPLACED

We are in favour of human rights. But One Love armbands are self-righteous and ignore some fundamental issues. Stefan Buchen examines the debate surrounding the World Cup in Qatar END_OF_DOCUMENT_TOKEN_TO_BE_REPLACED

Education for girls and women is still possible in Afghanistan, says Reinhard Eroes of the Kinderhilfe Afghanistan initiative. In interview with Elisa Rheinheimer, he talks about ... END_OF_DOCUMENT_TOKEN_TO_BE_REPLACED

In Doha, Arabs from Morocco, Tunisia, Egypt and Algeria are gathering to celebrate the first ever FIFA World Cup to be held on Arab soil. The criticism from Europe? Over the top, ... END_OF_DOCUMENT_TOKEN_TO_BE_REPLACED

Canan Topcu came from Turkey to Germany as a child. In her essay, she describes how bothered she was by the racism she encountered in her country of origin when she travelled ... END_OF_DOCUMENT_TOKEN_TO_BE_REPLACED

All organisers use major sporting events like this year’s FIFA World Cup in Qatar primarily to advertise their country and promote a slick public image. This is not something we ... END_OF_DOCUMENT_TOKEN_TO_BE_REPLACED
Author:
Petra Tabeling
Date:
Mail:
Send via mail

END_OF_DOCUMENT_TOKEN_TO_BE_REPLACED
Social media
and networks
Subscribe to our
newsletter