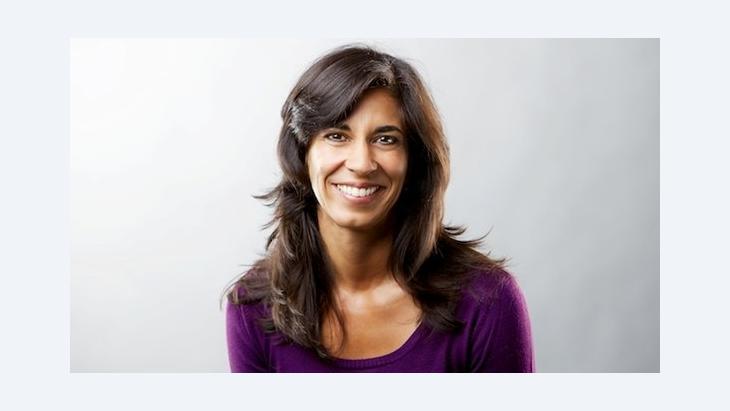 The trial of an alleged member of the neo-Nazi terrorist group NSU at a regional court in Munich is not just any trial. It will provide a signal for the ethnic minorities in Germany, says Sheila Mysorekar, as to whether they feel they will have a secure future in the country

It was about time. The trial of the neo-fascist terrorist Beate Zschäpe is about to begin, on May 6, at long last. After a decade-long killing spree, with murderers who executed themselves, finally, things shall be clarified.

A clarification of facts about the actual circumstances of the crimes. Truth about the murderer – also the female, surviving one – the accomplices, the silent confidants. Truth about the political context, which still exists. Truth about the more than dubious role of the authorities concerned, which were responsible for solving the crime, but apparently were rather supporting the offenders than shedding light on the offence. Truth about all these conspicuous coincidences, which helped the Zwickau terror cell to carry on with their serial murder for ten years: shredded documents, informers who warned suspects, federal undercover agents who doled out cash to neo-fascists without even accounting for this. 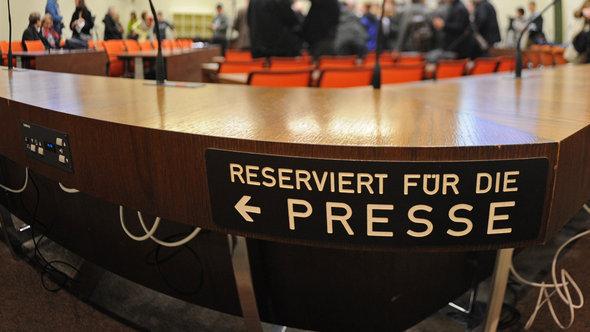 The start of the trial looking into the series of alleged neo-Nazi killings will start later than planned. The court in Munich postponed the start on 15 April. The case will now be heard on 6th May, in order to let the court deal first with a dispute over media access to the courtroom

And, more importantly, justice shall be done, by means of a verdict about the surviving perpetrator, Beate Zschäpe. Punishment for the guilty, sentences for their accomplices, helpers and confidants, disclosure of the extreme right-wing networks and their connections to politics and authorities. And also as part of doing justice: drawing the consequences for authorities like police, federal agents and so on, who ignored traces hinting at the fact that racist crimes had been committed, and criminalised the victims instead.

Crisis of the rule of law

Given a racially motivated serial murder, asking for a solution of the crime and ensuing justice is definitely not over the top, and still: the expectations are pitched too high. This trial is supposed to achieve, compensate and make up for everything that has been missed out on, all errors of the past. This is impossible. Years of idleness of the authorities in charge, racially motivated suspicions of the victim's families, the cover-up of mistakes by the police and the federal authorities, the prejudgment about the victims by the press – all this has caused a deep crisis on the side of ethnic minorities in Germany.

Their faith in Germany's rule of law used to be strong, especially among Turkish-origin immigrants who still remembered Turkey under military rule – but this confidence is deeply shaken. Only time will tell how deep the rifts run. There is the impression that German police takes murders of immigrants lightly.

This is not an irrational feeling but a logical conclusion that anyone will draw who looks at the messy investigation and systematic criminalisation of the victims. It is extremely important that this trial uncovers the long-awaited truth about the NSU killings and that justice will be done. But a trial alone cannot generate new faith in German rule of law and the German justice system.

Protection of life and limb

Regarding the symbolism of this all, a lot can be balanced out. Flaws and failures of the past cannot be undone, but the trial could become a proof of good intentions to manage these issues better in the future. In order to achieve this, the court has to be aware of the political dimensions of this case. This, however, seems not to be the case, considering the missing sensibility of the Munich court regarding the accreditation of foreign journalists for the trial. 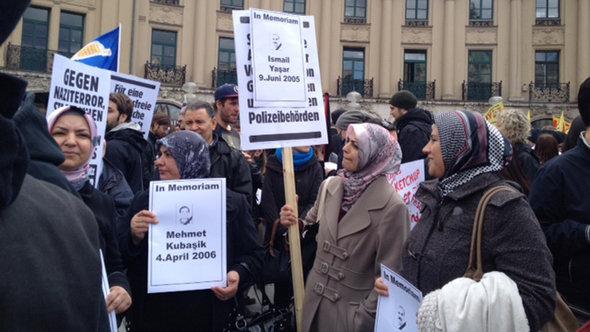 Migrants' confidence in Germany's rule of law is deeply shaken, writes Sheila Mysorekar. But, she says, "the trial could become a proof of good intentions to manage these issues better in the future"

​​Of course, you can run a textbook approach. Sure enough, a court should be independent and not bow to public or political pressure. But a court should also be aware of the political importance of certain trials and consequently consider certain measures – well in advance, not just after the blunder has been committed. Did it really come as such as surprise for the Munich courts that Turkish media wanted to follow the trial on site? Why wasn't it possible to react to the international critique, instead of giving preference to bureaucratic procedures, over the concerns of ethnic minorities?

This is not a run-of-the-mill trial. It is a political lawsuit, but not only because it concerns neo-fascists who murdered randomly Turkish and Greek immigrants for no other reason than deep-running racism. It's a political trial in particular because here, in this case, ethnic minorities will be able to tell whether they are safe and sound in Germany.

Whether their life is safeguarded beyond doubt. Whether not only the perpetrators will be punished, but also their helpers, and furthermore those who let this serial murder simply happen, over a decade: Police who were blind on the right eye. Civil servants who shredded important files. Authorities that planted well-paid informers within the far-right scene.

This trial is not only, and not even mainly, about the issue whether Beate Zschäpe is a murderer or not. It is a signal to ethnic minorities in Germany: In future, we can feel safe again. Never mind which ethnic background or colour you have, the German state safeguards your life, like for any other citizen. In order to show this, this trial has to be transparent, fair, executed by rule of law, but also with political instinct. And all – but really all! – individuals responsible for these crimes have to be sentenced.

This is also a signal to the international community: Whenever neo-fascists are making trouble in this country, German rule of law will persecute them and their supporters, and take action with all severity. No other message should be possible in Germany.

Sheila Mysorekar grew up in India and Germany. As a journalist, she has worked in Jamaica, India, the US, and several countries in South America. For eleven years, she worked as a correspondent for Germany's national broadcaster ARD in Argentina. She is the author of many books, and the chairwoman of the organization "Neue Deutsche Medienmacher" (New German Media Professionals).

Award-winning poet Dincer Gucyeter’s debut novel is a tour de force through the German reality he experienced as an artist and son of Turkish immigrants, written with an unsparing ... END_OF_DOCUMENT_TOKEN_TO_BE_REPLACED

Sudanese protesters have been calling for the removal of German diplomat Volker Perthes from the UN mission to the country. Despite the fractious nature of post-dictatorship ... END_OF_DOCUMENT_TOKEN_TO_BE_REPLACED

We are in favour of human rights. But One Love armbands are self-righteous and ignore some fundamental issues. Stefan Buchen examines the debate surrounding the World Cup in Qatar END_OF_DOCUMENT_TOKEN_TO_BE_REPLACED

Education for girls and women is still possible in Afghanistan, says Reinhard Eroes of the Kinderhilfe Afghanistan initiative. In interview with Elisa Rheinheimer, he talks about ... END_OF_DOCUMENT_TOKEN_TO_BE_REPLACED

In Doha, Arabs from Morocco, Tunisia, Egypt and Algeria are gathering to celebrate the first ever FIFA World Cup to be held on Arab soil. The criticism from Europe? Over the top, ... END_OF_DOCUMENT_TOKEN_TO_BE_REPLACED

Canan Topcu came from Turkey to Germany as a child. In her essay, she describes how bothered she was by the racism she encountered in her country of origin when she travelled ... END_OF_DOCUMENT_TOKEN_TO_BE_REPLACED
Author:
Sheila Mysorekar
Date:
Mail:
Send via mail

END_OF_DOCUMENT_TOKEN_TO_BE_REPLACED
Social media
and networks
Subscribe to our
newsletter