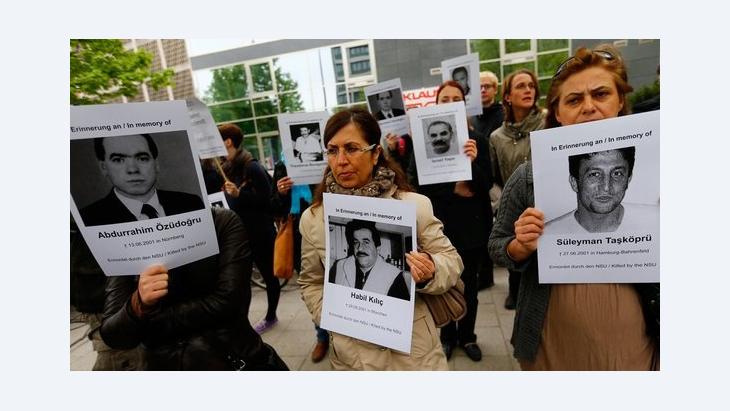 NSU Trial in Munich
A Thoroughgoing Investigation and Justice

﻿A trial under strict security precautions has begun that will deal with the crime wave committed by the neo-Nazi terrorist group "National Socialist Underground". The families of the victims are hoping that the accused, Beate Zschäpe, will finally break her silence and take a stand on the charges. Details by Claudia Mende

A trial under strict security precautions has begun that will deal with the crime wave committed by the neo-Nazi terrorist group "National Socialist Underground". The families of the victims are hoping that the accused, Beate Zschäpe, will finally break her silence and take a stand on the charges. Details by Claudia Mende

On Monday (6 May), the trial of Beate Zschäpe and four other accused began in the Munich main regional court. Beate Zschäpe faces charges of complicity in the crimes of the "National Socialist Underground", the neo-Nazi terrorist group that killed ten people in an unprecedented murder wave in a number of large German cities between 2000 and 2006. Now, the families of the victims are hoping for a thoroughgoing investigation into how this could have come about.

Over the past few weeks, the criminal trial, which is one of most important ever to take place in Germany, was overshadowed by a dispute concerning the admission of journalists. As the courtroom is small, the Munich main regional court initially provided no places for Turkish media.

Following a complaint to the German constitutional court by the Turkish newspaper "Sabah", the Munich court was required to provide seating for Turkish journalists to report on the trial. The start of the trial was thereby postponed to allow for a new accreditation process. 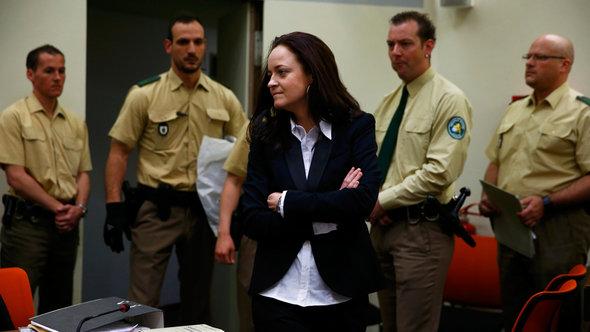 Neo-Nazi terrorism on trial: The main defendant, Beate Zschäpe, faces charges of complicity in the crimes committed by the "National Socialist Underground" neo-Nazi terrorist cell. Also facing charges are four suspected accomplices. Co-plaintiffs include the approximately 80 relatives of the victims and others who have suffered at the hands of the terrorists. The trial is regarded as one of the most important in post-war German history

After the dispute concerning procedural matters, relatives of the victims and their lawyers are hoping that key issues will finally be addressed. The families have experienced an enormous burden with the postponement of the trial. They now have very high expectations that the trial will clear up many of the unresolved questions about the right-wing murder spree.

A day before the start of the trial, seven lawyers representing a total of 70 co-plaintiffs appealed to the public in a statement demanding "maximum" clarification. Beate Zschäpe has been charged with complicity in the murders of nine immigrants and a policewoman, as well as with arson and two bomb attacks in Cologne.

Many of the details of these racially motivated crimes remain unclear. Due to numerous failures, the investigating authorities at the state and federal level failed for ten years to recognize that right-wing extremists were responsible for the murders. It remains unclear if the NSU terrorists received assistance from local sympathisers and support networks in carrying out their crimes.

It is similarly unclear how the victims and the crime scenes were chosen. The seven lawyers of the co-plaintiffs want the court to examine the role of investigating authorities and intelligence agencies in the emergence of the neo-Nazi terrorist group and the dubious role played by informants to German government intelligence agencies. In their statement, they stressed that it is difficult to comprehend how the NSU "consisted of only three particularly dangerous right-wing extremists".

The big question is if this court case will truly succeed in providing a comprehensive explanation of the circumstances and the background to the NSU murder spree. The main defendant, Beate Zschäpe, has until now remained defiantly silent. Her three assigned defence lawyers have already announced that she will continue to maintain her silence throughout the case. This is her legal right under the code of criminal procedures, yet it is difficult to bear for the families of the victims. 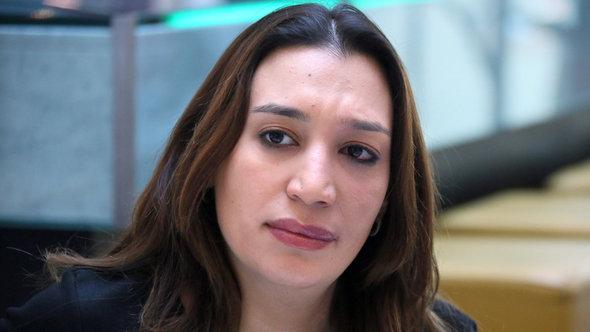 A difficult endurance test for the victims of right-wing extremists: Semiya Simsek was fourteen years old when her father was shot to death. It only emerged eleven years later that he was the first murder victim of the three "National Socialist Underground" (NSU) neo-Nazi terrorists

Angelika Lex, lawyer of the widow of Theodoros Boulgarides, the Greek victim who was murdered in Munich, says that the main concern of her client is not seeing Beate Zschäpe getting the maximum possible sentence. Rather, she wants to finally know why her husband fell victim to the NSU.

For years, investigators simply did not pursue available evidence. Otherwise, she says, the murder spree could have been ended far sooner. "His death could have been prevented," says the lawyer. The manner in which the investigations were conducted and the way in which the relatives of the Turkish and Greek victims were treated by the authorities has lead to a "considerable loss of faith in the German legal system".

Failure of the state

According to the lawyer, the family members were never regarded as victims, but instead were constantly perceived as suspects. They were kept under observation and screened to see if they had connections to the drug scene or red-light districts. This approach had far-reaching consequences for family members and posed serious obstacles in their ability "to deal with their grief and come to terms with events". They still suffer, because no one is willing to personally take responsibility for the failure of the state.

Kerim and Semiya Simsek, children of the murder victim Enver Simsek from Nuremberg, are pleased that the trial can now finally begin. The postponement of the start of the trial proved to be a great burden, as all their energies were focused on the event. "They have to summon up this strength and energy once again," explained their lawyers, Stephan Lucas and Jens Rabe.

The Simsek siblings see it as vital that Beate Zschäpe talks during the trial, said Stephan Lucas yesterday in Munich. This is "the very least that this woman can do for us now". They hope that the accused will break her silence and take a stand on the charges brought against her. As co-plaintiffs in the case, Semiya and Kerim Simsek also want to raise the issue of the failure of the German security services.

"We expect that the court allows us to raise these questions," declared the Simseks' lawyers and appealed to the regional court to show greater sensitivity and humanity towards the victims. The Simsek family regarded as "arrogant" the manner in which the court handled the issue of accreditation for Turkish media. According to the Simseks, the goal of the trial should not just be to issue a binding verdict, but to reach a verdict that enjoys broad acceptance. Only then will the victims experience a tangible sense of justice.

Home
Print
Newsletter
More on this topic
NSU Trial against Right-wing Terrorism in Germany: Building up New TrustInterview with Kenan Kolat: "We Need an Open Debate about Institutional Racism''Anders Behring Breivik and Islamophobia in Europe: The Capitulation of Mainstream Politics
Related Topics
Integration in Germany, Islam in Germany, Islamophobia, Muslims in the West, NSU trial
All Topics

Algeria‘s regime is again cracking down on anti-fracking activists and the unemployed in the country‘s south. Yet EU countries remain keen to scale up their energy cooperation ... END_OF_DOCUMENT_TOKEN_TO_BE_REPLACED

Bachtyar Ali sends the hero of his latest novel – "Mein Onkel den der Wind mitnahm" – literally flying. Jamshid is so thin after his years as a political prisoner that a gust of ... END_OF_DOCUMENT_TOKEN_TO_BE_REPLACED

For a century, the Kurds and other minorities in Turkey have been subject to state repression. With his dissertation "The Kurdish Question in Turkey", political analyst Ismail ... END_OF_DOCUMENT_TOKEN_TO_BE_REPLACED

Anti-Semitic motifs have no place at Germany’s documenta art show or anywhere else in the world, stresses Meron Mendel, director of the Anne Frank Educational Centre in Frankfurt ... END_OF_DOCUMENT_TOKEN_TO_BE_REPLACED

A new exhibition, "Syria – Against Forgetting", at Cologne’s Rautenstrauch-Joest-Museum focuses on Syria's artistic and cultural heritage and pays tribute to the country before ... END_OF_DOCUMENT_TOKEN_TO_BE_REPLACED

Madrid's about-face on the Western Sahara conflict has enraged Algeria. Trade relations have been frozen unilaterally and a cut in gas supplies to Europe could be in the pipeline ... END_OF_DOCUMENT_TOKEN_TO_BE_REPLACED
Author:
Claudia Mende
Date:
Mail:
Send via mail

END_OF_DOCUMENT_TOKEN_TO_BE_REPLACED
Social media
and networks
Subscribe to our
newsletter