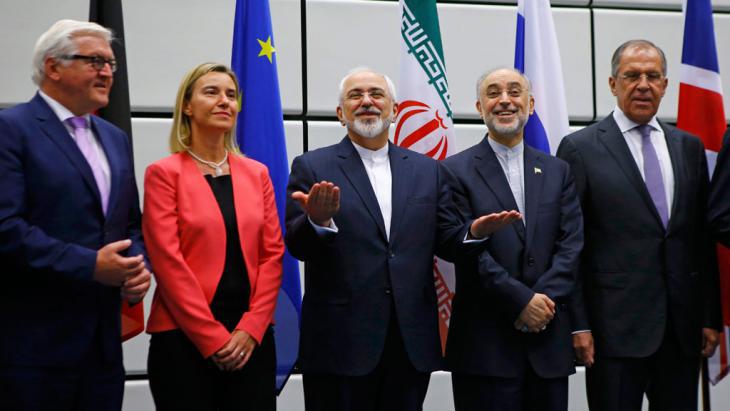 The US and Iran have overcome their enmity. This opens the door to the settlement of a number of conflicts in the Middle East. A commentary by Andreas Zumach

The agreement that has been reached on Iran's nuclear programme after over 12 years of negotiations is a major historic breakthrough. The use of nuclear technology in Iran will now be subject to extremely far-reaching restrictions and international controls for the long term of 25 years. It is therefore ensured that, at least for the next quarter-century, Tehran will be unable to operate a secret programme for developing nuclear weapons. At the same time, the gradual lifting of sanctions will finally release Iran from its international isolation.

The breakthrough in Vienna became possible because at last, those forces in the political elites of the two main adversaries, the US and Iran, that want to overcome the deep enmity that has reigned between the two major rivals ever since the Islamic Revolution of 1979 succeeded in pushing through their agenda. They had come to the realisation that the normalisation of relations between the US, which is still a world power, and Iran, which is in some respects the most important regional power in the conflict-ridden and resource-rich triangle made up of the Middle East, the Caucasus and Central Asia, is in the best interests of both sides.

Taking tactical consideration of both domestic and foreign opponents of any rapprochement between the two countries, both the Obama administration and the Iranian leadership have been at pains to stress that the agreement deals only with resolving the nuclear dispute and does not have any further political implications. Future developments will hopefully soon refute those assertions. 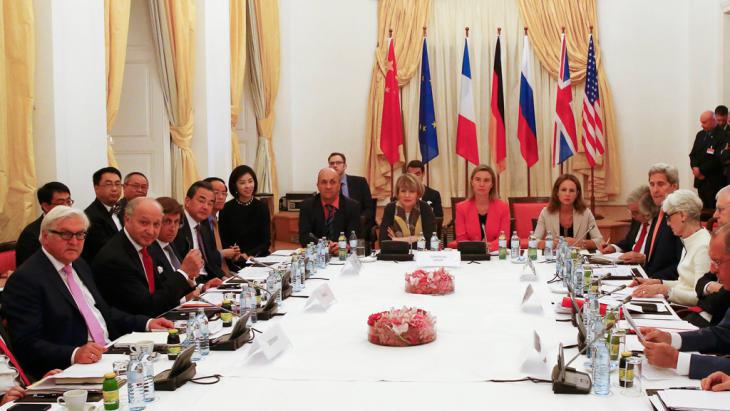 Tough and protracted negotiations: the international negotiations relating to the Iranian nuclear programme lasted well over a decade. On Tuesday came the announcement that a breakthrough had at last been made: Iran and the P5 1 countries reached an historic agreement that will see Iran restricting its nuclear activities in return for a gradual lifting of sanctions

The nuclear agreement at least opens the door for Washington and Tehran to work together on the de-escalation and resolution of various conflicts in the Near and Middle East.

Their co-operation is most urgently needed in putting an end to the deadly civil war in Syria – if for humanitarian reasons alone. Also desirable would be a common political strategy adopted by the US and Iran to fight "Islamic State", instead of their current military co-operation in Iraq, which has been denied by both sides. And last but not least, co-operation between the US and Iran would also enable a just and lasting solution of the Israeli–Palestinian conflict. The creation of a zone free of nuclear weapons and other weapons of mass destruction in the Near and Middle East would then finally promise genuine political prospects for the future.

The "mother of all lobby battles" against the agreement

If the nuclear agreement and its implementation also ease tensions between the leaders in Tehran and their former arch-enemy abroad, this will also open the domestic stage for the democratic opposition in Iran, with opportunities for political reform and an improvement in the disastrous human rights situation.

However, the deal is not quite done and dusted just yet. Israel's Prime Minister Benjamin Netanyahu and Republicans in the US Congress who are fundamentally opposed to any agreements with Iran have already announced that they will be launching "the mother of all lobby battles" over the next two months in an effort to prevent the passage of the nuclear treaty.

Opponents of the deal are likely to receive massive support in their endeavour from the dictatorship that is the Saudi royal family, which fears that a normalisation of relations between the US and Iran will jeopardise their own privileged relationship with the governments in Washington, Berlin and other Western capitals, who inexplicably still see Saudi Arabia as their most important ally in the Middle East region despite the country's well-known support for "Islamic State" and other Sunni terrorist organisations. The hardliners in Iran will also do their best to torpedo the agreement – some for ideological reasons and others because they have profited from the economic sanctions imposed on Iran in recent years.

Should the united opponents of the nuclear agreement in Washington, Tel Aviv, Riyadh and Tehran be successful, even more destabilisation and war threatens to engulf the Near and Middle East.

Andreas Zumach has been UN and Switzerland correspondent for the German daily newspaper, "taz" since 1988. Based in Geneva, he also works as a freelance correspondent for other print media, radio and television stations in Germany, Switzerland, Austria, the US and the UK.

Sufis today are under attack from fundamentalists and modernists alike. At the same time, a new form of Sufism is emerging in the West. By Marian Brehmer END_OF_DOCUMENT_TOKEN_TO_BE_REPLACED

The devaluation of the Egyptian pound combined with rising food prices is taking its toll on Egypt. More and more people are slipping into poverty. Karim El-Gawhary reports from ... END_OF_DOCUMENT_TOKEN_TO_BE_REPLACED

Since returning to power in Afghanistan, the Taliban have steadily eroded the rights and opportunities of women and girls, particularly their access to education. But Afghans are ... END_OF_DOCUMENT_TOKEN_TO_BE_REPLACED

The book "The Invention of the Maghreb: between Africa and the Middle East" prompts us to review basic terminology. This includes terms that we use almost every day as if they are ... END_OF_DOCUMENT_TOKEN_TO_BE_REPLACED

Tunisia has been going through a severe economic and political crisis in recent years. More than one in three young people there are unemployed. For many skilled, qualified and ... END_OF_DOCUMENT_TOKEN_TO_BE_REPLACED

At the end of every year, the team at Qantara.de gives you a run-down of the ten most-read articles on the site over the past 12 months. Here is a quick overview of the stories ... END_OF_DOCUMENT_TOKEN_TO_BE_REPLACED
Author:
Andreas Zumach
Date:
Mail:
Send via mail

END_OF_DOCUMENT_TOKEN_TO_BE_REPLACED
Social media
and networks
Subscribe to our
newsletter