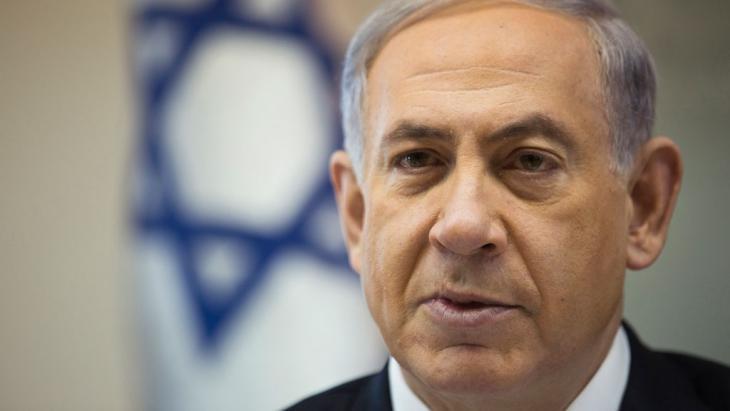 Netanyahu down a diplomatic cul-de-sac

Israel's head of government has lambasted the framework agreement with Iran concerning Tehran's nuclear programme. He is convinced that the deal is a threat to Israel's security. But he is wrong, says Bettina Marx

The seven days of the Jewish Passover usually mark a tranquil period in the political life of Israel – comparable with the Easter holidays in Germany. Not so this year. The Israeli Prime Minister did not have much of a chance to rest during this particular holiday. He is deeply concerned about the security of his country, because he fears that the nuclear deal with Iran represents a direct threat to the existence of Israel.

For this reason, he is trying to derail the framework agreement. As Benjamin Netanyahu said in the many interviews he gave to a series of US broadcasters, he's trying to "kill" a bad deal. His demeanour during these interviews appeared to be that of someone under stress, upset and aggressive. If the sanctions against Tehran are lifted and Iran allowed to retain some of its nuclear capabilities, Netanyahu predicts that this will trigger a nuclear arms race in the region. A Middle East riddled with nuclear traps would be a nightmare for the entire world, he said.

A nuclear-armed Middle East would indeed be a hugely threatening scenario, not just for Israel, but for the whole world. It hardly bears thinking about what dictators who can only hold on to power with violence and repression could do with such weapons. And it is even less appealing to imagine what would happen if a murderous terrorist organisation got hold of fissile material or – worse still – the key to the nuclear arsenals potentially held by a toppled ruler.

For the small nation of Israel, which perceives itself as a democratic outpost of the West in a hostile and ruthless environment – a villa in the jungle, as the former Israeli Prime Minister Ehud Barak once put it – this truly is a nightmare scenario that could cause many a sleepless night. 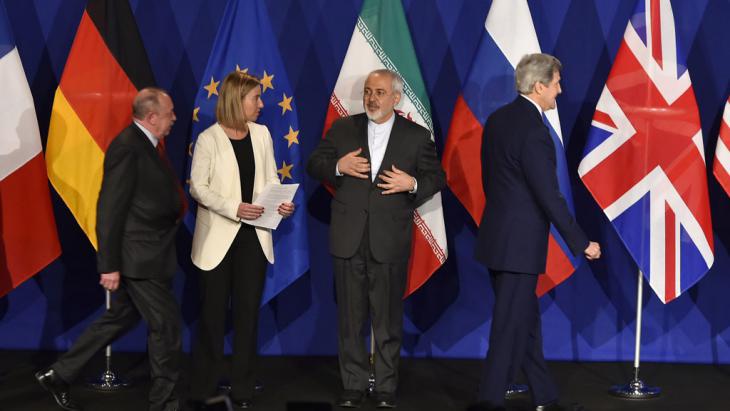 Co-operation instead of confrontation? "Instead of putting obstacles in their way, Israel should welcome the fact that the five veto powers of the UN Security Council plus Germany are working so intensively to defuse the Iranian threat – also and not least for the sake of the security of Israel," writes Bettina Marx

But this is exactly the kind of scenario that the framework agreement with Iran seeks to prevent. Iran will only be allowed to acquire nuclear energy for peaceful purposes. But this is not enough for the Israeli government. It is demanding that Tehran recognises Israel's right to exist, a demand that US President Barack Obama has already overruled. With his confrontational stance, Netanyahu is on thin ice.

Israel is the only state in the Middle East with nuclear weapons. It is thought that up to 300 nuclear warheads are stored in its arsenals. The exact number is not known, as Jerusalem did not sign up to the nuclear non-proliferation treaty and does not allow any snap inspections of its nuclear sites. In taking this course, Israel has laid the foundations for the nuclear arms race it is now trying to stop.

A political about-turn is essential

This is why it is now time to steer a different political course and focus on co-operation and understanding with neighbouring countries. After all, other nations in the region are worried about the prospect of a nuclear Iran too. Jerusalem should communicate with and seal alliances with these nations. Israel has no chance of survival in the Middle East as a villa in the jungle, alone against the rest – and certainly not if oppressed and desperate neighbours are cooped up in the cellars of this villa, neighbours who rebel against the head of the household.

For this reason, the Israeli government should change course and first resolve the conflict with the Palestinians as quickly as possible. This is the prerequisite for an end to the progressive diplomatic isolation of the nation.

In addition, Netanyahu should abandon his confrontational stance towards the US and restore the close, positive co-operation with Washington that previous governments have maintained. The nuclear deal with Iran would be a good opportunity in this regard.

Instead of putting obstacles in their way, Israel should welcome the fact that the five veto powers of the UN Security Council plus Germany are working so intensively to defuse the Iranian threat – also and not least for the sake of the security of Israel. His frantic attempts to torpedo the agreement are insulting to the US and Israel's other partners in the negotiations. But above all else, they are damaging to the nation of Israel itself.

No other Western poet was arguably so well-versed in the Koran or so fascinated by Islam as Germany's national hero, Goethe. In a new publication that examines all Goethe's ... END_OF_DOCUMENT_TOKEN_TO_BE_REPLACED

A deluge of books, movies, series and cover stories: ever since the events of 9/11, the West has seemed almost manically preoccupied with Islam. Yet this has rarely led to deeper ... END_OF_DOCUMENT_TOKEN_TO_BE_REPLACED

Two decades after the attacks of 11 September 2001, the West faces the shattered debris of its failure – not only in Afghanistan, but also in Iraq, Syria, Libya and Yemen. What ... END_OF_DOCUMENT_TOKEN_TO_BE_REPLACED

Following the Taliban's power grab, members of the Hazara minority fear they will be targeted. Those who can, escape. Others have joined the armed opposition. But for many, there ... END_OF_DOCUMENT_TOKEN_TO_BE_REPLACED

One thing the regime in Tehran has in common with the Taliban is that they both dislike the USA. But apart from that, Tehran has a number of issues with its neighbour, writes ... END_OF_DOCUMENT_TOKEN_TO_BE_REPLACED

Although the United States clearly could have done a better job of managing its departure from Afghanistan, the tragedy playing out this month has been 20 years in the making. ... END_OF_DOCUMENT_TOKEN_TO_BE_REPLACED

Comments for this article: Netanyahu down a diplomatic cul-de-sac

Netanyahu down a diplomatic cul-de-sac

In large part Netanyahu's apparent fixation with the Iran nuclear issue is just a cover for the occupation and theft of land not to mention the added benefit of not paying Iran billions in pipeline compensation it owes them. It is Israel that imprisons millions of Palestinians under a violent occupation not Iran. It is Israel through the voice of Sheldon Adelson in Tel Aviv last year that said Northern Iran and Tehran should have nuclear bombs dropped on them and the silence from the Israeli government was deafening it was not Iran that said this. Adelson is probably the most influential Jew in the world and Netanyahu's private banker. So here we are talking about Iran which suites Netanyahu fine and means we are not talking about the occupation and the ongoing land theft.

Could be a Marx comedian or a Marx communist - either way this feminojournoshmourno gets the Chamberlain award for 2015!

END_OF_DOCUMENT_TOKEN_TO_BE_REPLACED
Social media
and networks
Subscribe to our
newsletter