A Maze of Contradictions

The US administration will miss its self-imposed deadline of January 22, 2010, to close the Guantánamo Bay prison, as President Barack Obama himself has admitted. It looks like the US is sliding back to its bad old habit of lawlessness. A commentary by Balakrishnan Rajagopal 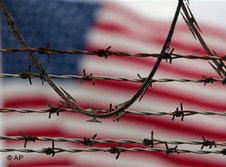 At the beginning of his administration, Barack Obama issued a directive to shut down Guantánamo in January 2010. He later conceded that his deadline will not be met

​​Concerning Guantánamo, the Obama administration is caught in a maze of contradictions. Four aspects are noteworthy in particular.

First, in spite of its promise to close the camp, the administration continues to assert its right to hold some detainees indefinitely without trial or charge, arguing that it considers these people dangerous. This ambiguity is harmful. From a human rights perspective, the root problem with Guantánamo is that people are deprived of their liberty indefinitely without legal review. As long as the administration holds on to this policy, it will obviously need some kind of detention facility, whether in Guantánamo or elsewhere. The issue then is not Guantánamo, but the unlawful detention policy.

Second, Obama did not change his predecessor's policy of arrogating to the US some kind of "global right to arrest". The administration feels justified to capture any person in any country, provided it suspects him or her of engaging in – or supporting – terrorism.

In international law, there is no basis for such sweeping extra-territorial authority. At very least, the areas where a foreign government might be entitled to such action would have to be defined according to the Geneva laws of war. If Obama really wanted the "new beginning" he promised in Cairo in June, he should have outlawed this unlawful global practice of arresting people, which, in itself, implies a need for Guantánamos. 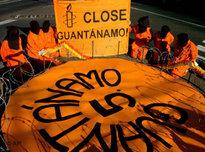 ​​Third, the Obama administration has retained the policy of rendition, including by the CIA. Rendition means that individuals are handed over to other countries, which then torture and commit other abuses. Rendition leads to torture, which is absolutely prohibited under international law. Obama's fine rhetoric on prohibiting this kind of crime rings hollow in view of rendition not being discontinued.

This policy has not been the topic of serious public debate in the USA, even though an Italian court dealt it a hard blow in November, when it convicted 23 agents of the CIA for kidnapping a Muslim cleric in Milan in 2003 and transferring the man to Egypt.

Finally, Obama's Guantánamo policy is tied up with its policy towards the use of military commissions. The Bush administration had drafted the Military Commissions Act to bypass the regular judiciary. In 2008, the US Supreme Court ruled that all detainees in Guantánamo have the right to appeal to the US judiciary to check whether they are rightfully being held captive.

The same judgment, however, did not outlaw military commissions as an alternative to formal US courts. So the Obama administration has revised the Military Commissions Act, seeking to make it better. This policy is legally schizophrenic, however, because it is based on a two-track justice process. 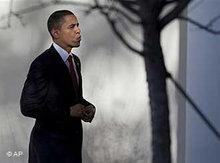 "Obama's fine rhetoric rings hollow": worries are growing that the 44th President of the United States may not be a transformational president in human rights terms after all, writes Rajagopal

​​While some suspects will be prosecuted before federal courts, others will be tried before military tribunals. It really does not make any difference that these people are no longer called "unlawful enemy combatants" but have become "unprivileged enemy belligerents" in administration parlance. The fact that only non-US citizens will be brought to trial before military commissions will offend public opinion worldwide and lead to charges of unfairness and double standards.

Instead, the administration could have simply decided to bring all civilians before federal courts, if it had evidence against them, while prosecuting armed combatants under the regular system of military justice.

President Obama inspired hope, not only among many human rights campaigners, because he pledged to correct the mistakes of his predecessor. Now worries are growing that he may not be a transformational president in human rights terms after all, despite his best intentions. That he defended a right to wage "just wars" in his Nobel acceptance speech last month was certainly not an encouraging sign.

Balakrishnan Rajagopal is professor of law and development, director of the Programme on Human Rights and Justice as well as interim head of the International Development Group at MIT.

Roger Willemsen's 'Guantanamo Speaking'
Back to the Dark Ages: Open Season on Prisoners
In his book "Guantanamo Speaking", Roger Willemsen lets former inmates in the American prison camp have their say – creating a comprehensive document of an era stained by the perfidy of degrading interrogation techniques, humiliation and torture. By Martin Gerner

Poems from Guantanamo
"Will Ya Ever Go Jihad Again?"
The book "Poems from Guantanamo" is a phenomenon: out of thousands of poems written by the detainees, 22 made it past the US censors. Now it's clear that the Islamists have also arrived on the Modernist poetry scene. By Stefan Weidner

END_OF_DOCUMENT_TOKEN_TO_BE_REPLACED
Social media
and networks
Subscribe to our
newsletter