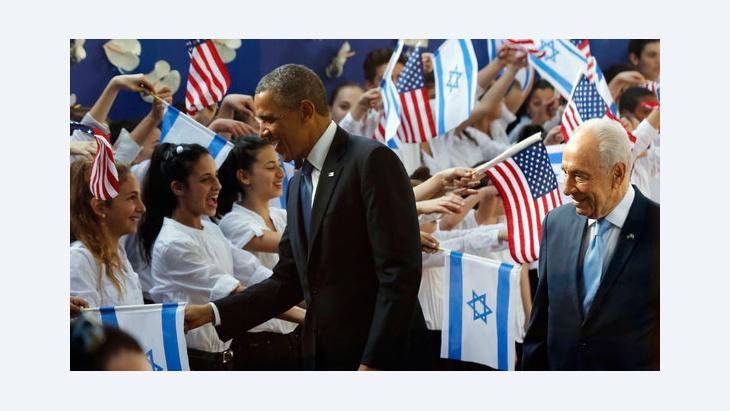 Obama's Visit to the Middle East

Winning Peace through Hearts and Minds

Following his recent visit to the Middle East, US President Barack Obama was heavily criticised for his praise of Israel and his clear commitment to the country's security. Alon Ben-Meir argues that Obama has to win the trust of Israelis before progress can be made in the peace process. He also says that both sides have to live up to their responsibilities, make painful concessions and change their public narratives in order to reach a viable solution

Much has been said about President Obama's journey to the Middle East but little about the substance and the implications the visit might have. I believe that if the president was set to win the hearts and minds of the Israelis, he certainly made considerable strides toward that end.

Unfortunately, most Palestinian commentators misread the implications of the visit to Israel and to the Palestinians in particular. They failed to understand that even the president of the United States cannot exact the necessary concessions from the Israelis to advance the peace process unless he earns their trust and makes them feel confident that the US will always remain committed to their national security.

The many Palestinians who criticised President Obama for showering the Israelis with lavish praise and for his unfettered commitment to Israel's security seem to miss the central point that he wanted to convey and expected to achieve.

To suggest the president "spent three days in Israel and almost as many hours in [the West Bank]" to presumably explain where the president stands and what are his priorities, as was observed by The Economist's N.P. under the title "A fleeting visit", is simplistic and completely out of touch. That Obama's visit "was an insult to the Palestinian people on every count" was another cynical assessment by Ghada Karmi of Al Jazeera.

The trip does not have a diminishing return, as Osama Al Sharif observed in his Arab News comments, or that "it did significant damage to America's ability to play the role of honest broker between Israelis and Palestinians if negotiations ever begin," as was proclaimed by MJ Rosenberg (not a Palestinian) in his Huffington Post column. 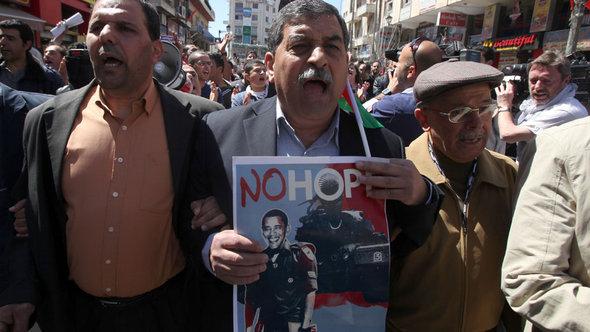 The chilly welcome following the warm embrace: the welcome Obama received in the West Bank was much cooler than the one he had previously received in Israel. According to Alon Ben-Meir, most Palestinian commentators misread and misunderstood the intentions and implications of the American president's visit

The truth of the matter is that even without the observation from Ismail Mahmoud Rabah that Obama's visit had "crucial implications for the approaching end of the Israeli Occupation", criticism of the trip was almost entirely misperceived, and here is why.

Regardless of the fact that the Obama administration has provided Israel with more financial and military aid and political support while extending unprecedented cooperation on countless levels than any of its predecessors, the Israelis generally distrusted President Obama.

They recalled his speech in Cairo in June 2009, which they interpreted as being one-sided in favour of the Palestinians, and they recollected with dismay that he travelled three times overseas during his first term, visiting two Arab and two Muslim states while skipping Israel.

In addition, they resented the fact that he placed undue pressure on Israel to freeze settlement construction without demanding specific counter-measures from the Palestinians.

His critics are dead wrong in their assessments of the president's intentions and the approach he took toward the Israelis during his visit to Israel, Palestine and Jordan. His expressed purpose was to win the hearts and minds of the Israelis because he knows that any concessions he can secure on behalf of the Palestinians depends on how much the Israelis trust him and how confident they feel that the US will watch Israel's back in a moment of real need. 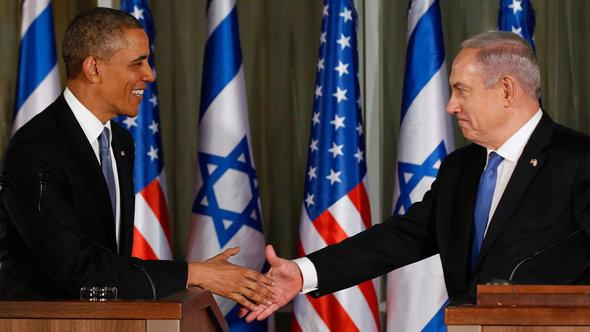 Although he has already visited two Arab and two Muslim states since becoming president over four years ago, this was Obama's first visit to Israel. Moreover, relations between Obama and Netanyahu have not always being cordial. He used the visit to pledge America's unwavering commitment to the security of the Jewish state, to remind Israel of its obligations and to appeal directly to the people of Israel

Appealing directly to the people

The president also knows only too well that he must engage the Israeli public in the search for peace and make them understand the hazards of continuing occupation – that time is dangerously running out and they can no longer remain complacent.

For this reason, he went over the head of Prime Minister Netanyahu and appealed directly to the Israeli public, especially the young, to take the lead, emphasising that "governments respond to the popular will" and they must now make their voice heard.

He implored the young Israelis to put themselves in the Palestinians' shoes, who have been stripped of their dignity, and "look at the world through their eyes." "It is not right to prevent Palestinian from farming their lands," he emphatically stated, "or to displace Palestinian families from their home. Neither occupation nor expulsion is the answer."

He passionately stated that "Israel must also live up to its obligations to ensure that Palestinians can live, and work, and develop their society. And just as it devastates Palestinian families, the continuing humanitarian crisis in Gaza does not serve Israel's security; neither does the continuing lack of opportunity in the West Bank.

This is what the Israelis need to hear, provided it is said in the context of the United States' incontestable commitment to guard Israel from outside threats, especially from Iran, and their trust in him. The Palestinians must remember that President Obama could hardly wring one meaningful concession from the Israelis during his first term as long as he was perceived as an antagonist and unsympathetic to their concerns. 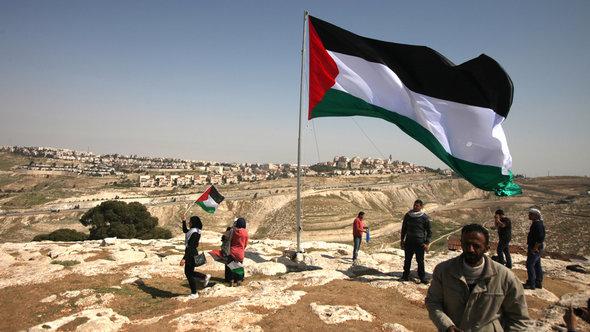 Alon Ben-Meir feels that if new life is now to be breathed into the Middle East peace process, Obama must exert equal pressure on both Israel and Palestine to "begin changing their public narrative on the conflicting issues that separate them". Two critical issues are the "right of return" of Palestinian refugees and the expansion and construction of Jewish settlements

Exerting pressure on both sides

Just as Obama sought to change the Israelis' perception of himself and successfully touched the hearts and minds of the Israeli multitude, his administration must now focus on its renewed peace efforts to which he committed.

Other than insisting on the resumption of negotiations between Israeli and Palestinian officials, he must exert equal pressure, though quietly, on both sides to begin changing their public narrative on the conflicting issues that separate them.

Two critical conflicting issues, the "right of return" of the Palestinian refugees and the continuing expansion and building new settlements, should top the agenda to provide mutually acceptable solutions which require a drastic change in the Israelis' and Palestinians' respective public perception.

The Palestinian Authority President Mahmoud Abbas cannot possibly speak about a real prospect of a two-state solution while he continues to preach the gospel of the "Right of Return", which is utterly unacceptable to the Israelis as it will wipe out Israel's national Jewish identity overnight.

This issue cannot be resolved only at the negotiating table without first preparing the Palestinian public to accept that the right of return can be exercised only through resettlement of the refugees in their own homeland – the West Bank and Gaza – or the compensation of those who elect to remain in their current country of residence.

Prime Minister Netanyahu too cannot be serious about a two-state solution as long as he continues to insist on the expansion of old and the building of new settlements in the name of national security, which "violates previous agreements and undermines efforts to achieve peace." 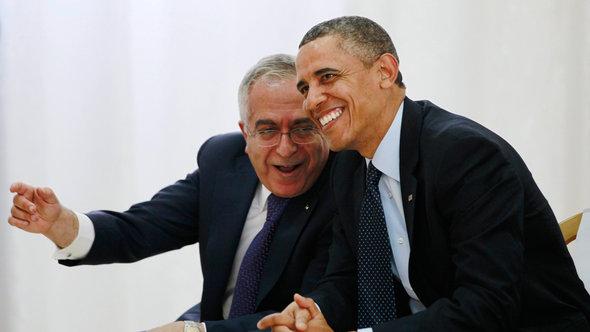 Despite the feel-good atmosphere that dominated his visit to Israel, it was not pro-Israel all the way: in a keynote speech to Israeli students, Obama said that continued settlement activity was "counterproductive" to peace, adding that the Palestinians had a right to self-determination and urging Israelis to look at the world through Palestinian eyes

If President Obama believes, as I do, that governments listen to the will of the people, then Israeli and Palestinian public perceptions must first change on these fundamental conflicting issues and about each other.

This is a moment in time that neither the Israelis nor the Palestinians can afford to squander because the passage of time will acutely undermine their ultimate national interests and make the conflict ever more intractable and increasingly perilous.

No one, however, should expect current officials on either side to change voluntarily their narrative in order to induce a change in their respective public perceptions. On the contrary, Israeli and Palestinian governments alike have used the prospect of a two-state solution for public consumption only while continuing to pursue policies that torpedo any possibility of such an outcome.

Here is where the role of the US becomes crucial. As much as Obama needs to press Israeli and Palestinian officials to resume formal peace talks, he must simultaneously exert tremendous pressure to change their public narrative and stop misleading their publics about the requisites for peace based on a two-state solution that he so ardently advocated.

If President Obama did not privately counsel Netanyahu and Abbas during his visit to do just that, he should do so now. Without public support, peace negotiations will go nowhere and an Israeli–Palestinian peace will remain a pathetically self-consuming illusion.

Alon Ben-Meir is a professor of international relations at the Center for Global Affairs at NYU. He teaches courses on international negotiation and Middle Eastern studies.

Palestine is disappearing. From the international agenda, from the map, as a concept. The filmmaker Elia Suleiman from Nazareth reacts in the only possible way: using the language ... END_OF_DOCUMENT_TOKEN_TO_BE_REPLACED

As we digest the details of Donald Trump's Vision for Peace, we need to ask ourselves just one question: does this draft guarantee an Israeli and a Palestinian baby born today ... END_OF_DOCUMENT_TOKEN_TO_BE_REPLACED

As expected the Trump administration released its Israeli-Palestinian peace blueprint on Tuesday, a plan that ignores the Palestinians at the expense of lasting peace. Middle East ... END_OF_DOCUMENT_TOKEN_TO_BE_REPLACED

Beyond the latest crisis with Iran, current U.S. Middle East policy is nothing if not chaotic. Many fear that the Trumpian approach could irreparably damage future U.S. ... END_OF_DOCUMENT_TOKEN_TO_BE_REPLACED

At the suggestion of his Arab students, Israeli psychologist Ofer Grosbard created the project "Quranet", which uses texts from the Koran to solve educational problems in schools ... END_OF_DOCUMENT_TOKEN_TO_BE_REPLACED

Contemporary artist Mona Hatoum is one of those figures whose presence in western capitals stimulates much attention and critical writing, while her exhibitions in Arab cities ... END_OF_DOCUMENT_TOKEN_TO_BE_REPLACED
Author:
Alon Ben-Meir
Date:
Mail:
Send via mail