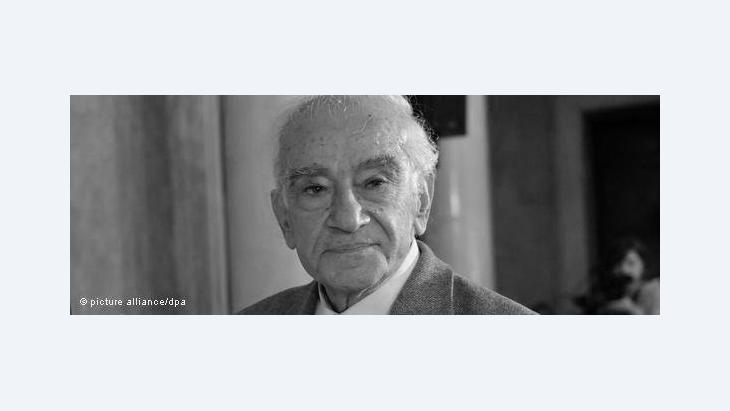 The Advocate of Lyrical Attentiveness

﻿The renowned Lebanese poet Fuad Rifka died last Saturday at the age of 80. Alongside Adonis and Mahmud Darwish he was one of the great revivers of Arabic poetry, yet among those of his own generation he remained unique until the end. An obituary by Stefan Weidner

Fuad Rifka's primary literary influence was not the English or French canon, but the German. In the late 1950s he arrived at the University of Tübingen to study philosophy, and gained his doctorate there in 1965 on the subject of Heidegger's aesthetics.

His numerous translations were the first to acquaint Arab readers with the poetry of Hölderlin, Rilke and Trakl, writers who also influenced Rifka's own work. 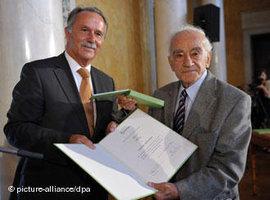 The poet and translator Fuad Rifka, born in Damascus in 1930, was awarded the German Order of Merit in 2005 and the Goethe Medal in 2010

​​This background seems to have made Rifka's poetry particularly well suited to translation into German. There are four volumes of his work available here, including Das Tal der Rituale [The Valley of Rituals], published by Straelener Manuskripte, and the Tagebuch eines Holzsammlers [Diary of a Wood Collector] by Heiderhoff Verlag.

Rifka's poetry is far removed from the bombastic rhetoric of many other Arab poets of his generation. He was always an exponent of quiet observation, an advocate of lyrical attentiveness who combines profundity and simplicity in texts that are immediately intelligible: October: / birds migrate, / faithful boughs wave, / their leaves in the wind / are tears. (from the poem 'Painting')

Influence on the younger generation

Since the 1990s, German readers have also come to know Rifka's work. He was often invited to give readings in Germany, and was a corresponding member of the Deutsche Akademie für Sprache und Dichtung [German Academy for Language and Poetry]. Last year, already apparently in ill health, he was awarded the Goethe Medal for the mediation of German literature abroad at a ceremony in Weimar.

Numerous obituaries across the Arab world have paid tribute to his remarkable literary stature. The fact that he was an outsider in his own generation made his work all the more influential for younger poets, who were striving to develop a new, unpretentious language and style. Rifka's poetry will continue be read for many years to come, both in Arabic and in German.

Libyan political analyst Faraj Alasha argues that the Berlin conference on the Libyan war did nothing to change the fact that there is no political solution to end the war raging ... END_OF_DOCUMENT_TOKEN_TO_BE_REPLACED

As COVID-19 sweeps across the globe, it is forcing religions to adapt and take action to prevent infection. But experts warn against using the crisis to fuel conspiracy theories. ... END_OF_DOCUMENT_TOKEN_TO_BE_REPLACED

Germany continues to believe in the fiction that palm oil obtained from South East Asia to blend with diesel fuel is ecologically sound and climate-friendly. But that belief is ... END_OF_DOCUMENT_TOKEN_TO_BE_REPLACED

On their fourth CD "Irade" (willpower), Masaa has left its piano sound behind, yet continues with its new guitarist to pursue a path that bridges jazz improvisation and Arabic ... END_OF_DOCUMENT_TOKEN_TO_BE_REPLACED

The parties at the centre of Germany's political landscape have often exhorted citizens to distance themselves from the right-wing AfD party. And yet, Europe's response to what is ... END_OF_DOCUMENT_TOKEN_TO_BE_REPLACED
Author:
Stefan Weidner
Date:
Mail:
Send via mail

END_OF_DOCUMENT_TOKEN_TO_BE_REPLACED
Social media
and networks
Subscribe to our
newsletter