The Algerian philosopher and reformist thinker Mohammed Arkoun, a man who crossed cultural borders and paved the way for new readings of Islam, died in Paris at the age of 82 on the evening of 14 September 2010. A key figure of con-temporary Islamic thought has left the stage. An obituary by Ursula Günther 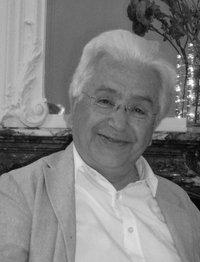 ​​ With the death of Mohammed Arkoun we have lost an important voice. A voice that challenged its listeners, regardless of their faith, to change their perspectives, confronted them with their own shadow areas of the unthought and posed long overdue questions.

Mohammed Arkoun was born into a traditional extended family in Taourirt-Mimoun in the Great Kabylia in February 1928. As a Berber in colonial Algeria, he was doubly and painfully marginalised from an early age, initially speaking neither the language of the colonial rulers nor that of the Koran.

Thanks to an uncle, he attended a collège run by the White Fathers, completed his schooling in Oran and started a degree in Arabic literature in Algiers, to which he added law, philosophy and geography. He wrote his agrégation in Arabic language and literature at the Sorbonne, followed by a doctorate on Miskawaih in which he proved the existence of an Arab humanism.

After concentrating on the classical period of Islamic history, he switched his focus to questions of contemporary Islam. Initially a professor of the history of Arab thought in Paris Vincennes, he accepted a chair at the Sorbonne Nouvelle in 1980. There, he was the director of the department of the history of Arab and Islamic thought and editor of the magazine Arabica, expanding its spectrum greatly.

Taking emeritus status in 1993 far from put a stop to his activities; he accepted numerous invitations to European and American universities and institutions as a visiting professor. He was particularly involved with the Institute for Ismaili Studies in London, both by holding regular seminars and guest professorships and as a member of the board of governors. His work earned him numerous awards and honours.

Mohammed Arkoun was concerned with nothing less than rethinking Islam as a cultural and religious system. His critique of Islamic reason took place with the aid of radical changes of perspective, linked with a call for plurality of meaning, even if this were to entail the end of clearly defined and unified truths. 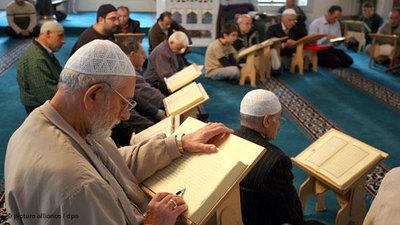 As Mohammed Arkoun began to consider how one might rethink Islam in the contemporary world, his questioning provided a counterpoint to the predominant interpretations of both the Muslim world and the non-Muslim West

He achieved these so urgently required changes of perspective by applying both modern findings of the social sciences and humanities and their methods to the study of Islam, adding to and extending them by his own concepts. This took place very early on, i.e. in parallel to the formation of the major academic movements of the twentieth century such as structuralism, semiotics, structural anthropology, discourse analysis and postmodernism.

With this very unconventional approach, he left the partly self-imposed methodical ghetto of Islam studies and drew up counter-strategies, which were not always well received, however. Examples are his interest in an applied form of Islam studies or the theoretical concepts of Koranic and Islamic reality, the societies of the book, the unthought and the unthinkable. These ideas had a lasting effect on his approach to the Koran. He transposed the analytical category of the imaginaire developed by the Annales school at a very early point to societies strongly influenced by Islam and Islamic thought, refining it more and more.

The world of Arkoun's ideas and the concepts that he developed and shaped ever more clearly in the course of his academic career are complex and complicated. The best comparison might be the metaphor of a rhizome or the never-ending starred pattern of Moresque faience: a tightly woven network of aspects constantly branching off, their actual root becoming more and more difficult to identify as they continue to branch off and create new connections.

The rhizome in particular represents the paradigm shift that Arkoun regarded as absolutely necessary: a holistic rather than dualist approach, diversity rather than uniformity. This corresponds to his integrative approach: the whole idea can only flourish within a radical plurality of meaning and multiplicity of layers.

Mohammed Arkoun was not only a sharp-witted intellectual and humanist from the depth of his heart, with a subtle sense of humour. He was also a passionate, charismatic speaker and a dedicated teacher. He felt a part of all that is capable of opening up new links to intelligence, as he put it, and saw himself as "an intellectual in revolt".

May his idea that thoughts develop a life of their own prove right, continuing to take effect beyond the walls of cognitive demarcations and dominant ideologies.

Qantara.deMohammed ArkounA Modern Critic of Islamic ReasonInitially considered to be either an Islamist thinker or an all-too-liberal critic of Muslim traditions, Mohammad Arkound is now gaining a reputation as one of the Islamic world's most important modern thinkers, writes Burhan Schawi Obituary: Nasr Hamid Abu ZaydPioneer of Progressive Interpretations of the KoranThe internationally renowned Egyptian Koran expert Nasr Hamid Abu Zayd was one of the leading Islamic reformist thinkers of our time. His discourse analytical study of the Koran paved the way for a contemporary understanding of Islam. Abu Zayd recently passed away in Cairo at the age of 66. Loay Mudhoon looks back on the life of this important man DossierReformist IslamWhat possibilities does Islam offer for the reform and democratisation of modern Muslim societies? Qantara.de presents the opinions and initiatives of renowned thinkers from the Islamic world.

END_OF_DOCUMENT_TOKEN_TO_BE_REPLACED
Social media
and networks
Subscribe to our
newsletter