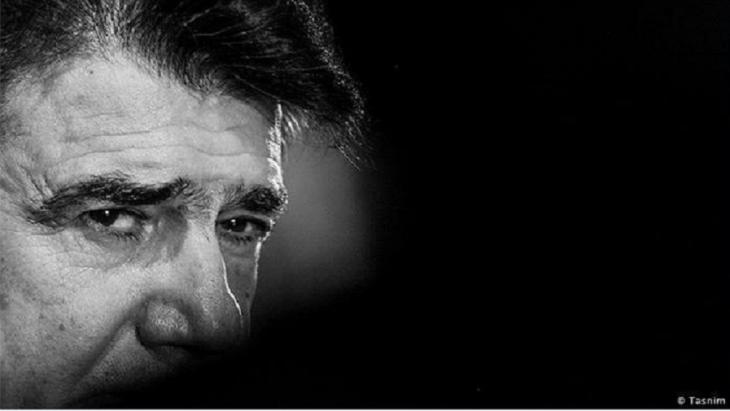 Mohammad Reza Shajarian, the great singer of Persian music, has died at the age of 80. With his passing, the world has lost an outstanding talent and consummate artist. By Stefan Buchen

“The Bird of Dawn...we want The Bird of Dawn!” Hearing this chant issuing from eighty-year-old throats was quite an experience. In a tone somewhere between anxious doubt and joyous expectation, it echoed through the Cologne Philharmonie, the Royal Festival Hall in London and the Town Hall Theatre in New York.

The insistence with which these aged throats demanded “The Bird of Dawn” might have made you worry that the bird’s voice could perhaps fail him. For decades, this fear was completely unjustified: no one can remember the master closing a concert with anything but “The Bird of Dawn”. At the end, the master always called on the creator, on supra- and sublunary nature, to let the “dawn bird” out of its cage.

And the dawn bird was never so “heartless” as to refuse to unfurl his wings, come out and sing the “Melody of the Freedom of Men”. This encore crowned the ceremonial act, lifted the audience’s spirits once again and released them with “fresher flames of hope” back into the corridors of exile or the everyday struggles of their homeland.

Those who never experienced this ritual must also try to understand what the death of the singer Mohammad Reza Shajarian signifies. It brings deep mourning to a nation whose homeland is despairing over the difficult path to modernity, while its people are also scattered across all four corners of the globe. Shajarian held them all together.

No one could resist his charisma. He helped shape people’s identity. He offered a resonance chamber for cultural memory. His clear, piercing voice pointed the way to the origin of his country’s art, to Khidr’s spring, if you like. He was a legend long before his death. Mohammad Reza Shajarian died last Thursday in Iran, at the age of 80, following a long illness.

Persia defines itself via its art and aesthetics, just as the Germans once did before the political and moral ruptures of the 20th century. Shajarian was the representative of Persian art who rose above everyone and everything. He was known simply as “Ostad”, “Master”.

Shajarian achieved that high rank through his voice and his singing technique. Talent, hard work and a natural physiognomy worked together to produce a unique tenor. And Shajarian placed it utterly at the service of classical Persian music. He collected its melodies, forms and sequences and refined them. He worked with the best instrumentalists

Mourad al-Marouai was just nine when a landmine killed him on a beach in war-torn Yemen, a tragedy that will haunt his family forever. After a swim, the little boy "suddenly ... END_OF_DOCUMENT_TOKEN_TO_BE_REPLACED

This year’s Morgenland Festival opened with the premiere of Kinan Azmeh’s musical theatre piece, “Songs for Days to Come”, based on fifteen poems by contemporary Syrian poets. ... END_OF_DOCUMENT_TOKEN_TO_BE_REPLACED

Rumi's poems, though generally stripped of their Islamic symbolism, are hugely popular around the world. Yet Islamic mysticism is still very much at the heart of these verses. ... END_OF_DOCUMENT_TOKEN_TO_BE_REPLACED

The Ukraine war is changing the global geopolitical landscape. Ali Khamenei, Iran's most powerful man, is already cosying up to Russia in anticipation of a harsh post-war reality ... END_OF_DOCUMENT_TOKEN_TO_BE_REPLACED

Analyst Iyad El-Baghdadi examines the ongoing tensions between the United States and the two Gulf states – Saudi Arabia and the UAE – and their geopolitical implications in ... END_OF_DOCUMENT_TOKEN_TO_BE_REPLACED

The Ukraine war has seen energy prices spike with oil producers in the Middle East making more money than ever. But will it put the brakes on long-planned reforms to diversify oil ... END_OF_DOCUMENT_TOKEN_TO_BE_REPLACED
Author:
Stefan Buchen
Date:
Mail:
Send via mail

END_OF_DOCUMENT_TOKEN_TO_BE_REPLACED
Social media
and networks
Subscribe to our
newsletter