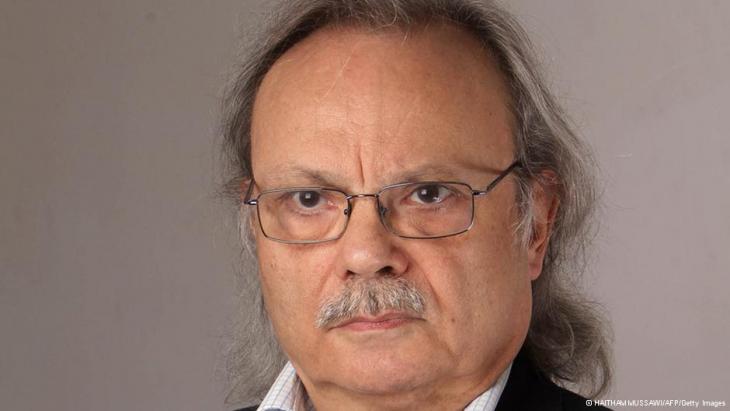 Obituary: Lebanese poet Ounsi el-Hage
One of the founders of Arab surrealism

Last month, the Lebanese poet Ounsi el-Hage died at the age of 77. Alongside Adonis and Mahmoud Darwish, he was one of the pioneers of modern Arabic poetry. An obituary by Suleman Taufiq

"I will not be amongst you,
As a sparrow's feather in the gentle spring
Will crown my head.
The trees of coldness will embrace me.
A woman from far away will weep for me.
Her weeping is as beautiful as my life."

This poem by Ounsi el-Hage was a poetic farewell, its radicalism clearly marking the change in this Arabic poet's position over the course of his literary career.

Ounsi el-Hage's name has been linked with modernism in the Arab world since the 1960s. Born in Beirut in 1937, his mother died when he was seven years old, a loss that left a wound in him that ran through his entire oeuvre and life. As he said. "At first, I was reserved and lonely. All I remember is brief moments from this period: a boy occupied with his own thoughts and inner voices. Many things others find normal are abhorrent to him. A boy who is loved and at the same time consumed by fears."

Ounsi el-Hage loved to spend his nights living, writing and reading. He slept during the day, evading the noisy, hectic daylight hours. "There is a mistake in my life, and the continuation thereof is also a mistake," he once commented. 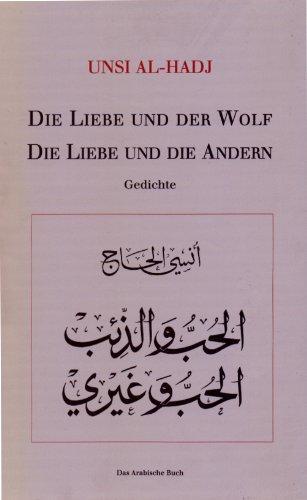 Poetry as a universal experience: according to Suleman Taufiq, Ounsi el-Hage introduced new terms, metaphors and images to the language of poetry

Although he began writing poetry at an early age, his first volume, "Lan" (Never), was not published until 1960. The book caused a sensation at the time, not only because of the poems, but above all because of El-Hage's preface, which described the genre of prose poetry newly introduced to Arabic literature. The volume turned the entirety of contemporary Arabic poetry on its head.

The reason: in terms of language and content, El-Hage broke all conventions of importance in Arabic culture. The publication of these free poetic texts, openly disregarding centuries-old traditions and countering them with poetry oriented directly to the individual's experiences, prompted a commotion in Arabic literature that is hardly conceivable today.

El-Hage began his career as a journalist at the "Al-Hayat" newspaper in 1956 and moved on to "Al-Nahar", Lebanon's largest daily newspaper, where he was editor-in-chief until October 2003. He translated many French surrealist writers, including Breton and Artaud. In the 1960s, he initiated the Lebanese avant-garde theatre movement, translating many plays into linguistically exciting stage versions, among them works by Ionescu, Arrabal and Camus. He lived the final decades of his life in Beirut.

Ounsi el-Hage is considered perhaps the only surrealist in modern Arabic poetry. His work is hugely provocative, repeatedly returning to a meditation on love. In his poetry, the figure of the woman is "the land of words and their space."

He was one of the co-founders of the legendary journal "Shi'r" (Poetry) along with Adonis, Yusuf al-Khal and Fuad Rifka. The journal aimed to discover and foster new poetic places and talents. It took the standpoint that the poet has to adopt in his or her work a position on our existence, on God, language, civilisation, death, time and all important questions in life.

The journal gave El-Hage an opportunity to publish his poems, which was not possible elsewhere. He once said on the subject, "Without 'Shi'r', I would never have become a poet." His friend and colleague, the Syrian poet Adonis, said of him that he was "the most original of us all."

Unlike his colleagues at "Shi'r", however, Ounsi el-Hage preferred to keep to the background, rarely making public appearances. Nevertheless, his articles, essays and poems became known beyond the boundaries of the Arab world. 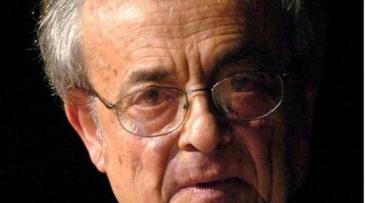 Today, there are many who try to emulate him. He developed new aesthetic approaches previously unusual in Arabic poetry, which many literary critics and writers considered a provocation. And he gave the language of poetry new terms, metaphors and images that had rarely been used and read before he came along. Ounsi el-Hage was a proponent of the view that literature knows no boundaries, which meant that he vehemently rejected all restrictions on form and content previously common to Arabic literature.

Poetry as a universal human experience

For him, poetry was not something to be done as the occasion arose, not a matter of description, nor something meant to capture a fleeting moment or express a specific ideological or political opinion. For Ounsi el-Hage, poetry was a universal human experience, a timeless phenomenon: "Every tremor a poet triggers in someone creates a new person."

What was new about his poetry was that the poet was not a mouthpiece for another or a slave of fixed traditions, but an individual person possessing his own ideas about existence and capable of changing his life of his own accord.

The civil war in Lebanon struck him dumb. While it lasted, he wrote only essays. "I have no homeland," he once said. The homeland of Lebanon only existed for him in the past. After that, he lived "in the land of the second origin, beyond the end."

Ounsi el-Hage was known for his notes and thoughts on human life, thoughts on love, death, fear, dreams, loneliness, belief and disbelief, eroticism, hope or hopelessness. In one of his poems, he wrote:

"Tell me this is my appointment, give me the gift of time,
Everyone will have time, only patience,
Have patience until I have gathered up my prose.
Your visit comes in haste, yet my journey is long.
Your gazes are like lightning flashes, and my pages are scattered.
Summer is your love, and my love is the earth."

November 2022 sees the Arab world firmly in the spotlight with the COP27 in Egypt and the FIFA World Cup in Qatar. Public trust in MENA governments is weak, thanks to their ... END_OF_DOCUMENT_TOKEN_TO_BE_REPLACED

"You are not my guide... I am the compass. Iranian women have spoken, freed themselves, and unleashed a revolution despite smelling death. They have cut their braids in anger; ... END_OF_DOCUMENT_TOKEN_TO_BE_REPLACED

In “The Wrong End of the Telescope”, Rabih Alameddine draws us away from the headlines and into the personal story of one individual. Mina is complex, compelling and very real. By ... END_OF_DOCUMENT_TOKEN_TO_BE_REPLACED

How are comic book artists in the Arab world responding to the political situation in the region? Lena Bopp talks to illustrators Lina Ghaibeh and George Khoudry about young ... END_OF_DOCUMENT_TOKEN_TO_BE_REPLACED

The clashes in Baghdad between supporters of Muqtada al-Sadr and pro-Iranian militias show that an intra-Shia power struggle is in full swing. An analysis from Cairo by Karim El- ... END_OF_DOCUMENT_TOKEN_TO_BE_REPLACED
Author:
Suleman Taufiq
Date:
Mail:
Send via mail

END_OF_DOCUMENT_TOKEN_TO_BE_REPLACED
Social media
and networks
Subscribe to our
newsletter