Pioneer of Progressive Interpretations of the Koran

The internationally renowned Egyptian Koran expert Nasr Hamid Abu Zayd was one of the leading Islamic reformist thinkers of our time. His discourse analytical study of the Koran paved the way for a contemporary understanding of Islam. Abu Zayd recently passed away in Cairo at the age of 66. Loay Mudhoon looks back on the life of this important man 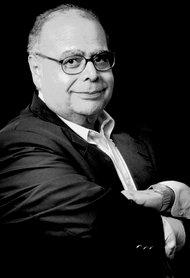 "If the message of Islam is to be valid for all humanity, regardless of place and time, a variety of interpretations is unavoidable," said Nasr Hamid Abu Zayd

​​ In 1880, Lord Cromer, Britain's Consul-General in Egypt, said that a "reformed Islam is Islam no longer." Representatives of the traditional Islamic establishment in most Islamic countries and Islamic communities in the West are unlikely to find much fault with this famous dictum. After all, for them – and for most devout Muslims – Islam is fundamentally perfect and cannot be "reformed".

Nevertheless, since the dawn of the Islamic era, there have always been attempts to reform or renew the religious discourse in Islam.

The Egyptian literary scholar and Koran expert Nasr Hamid Abu Zayd made repeated references to these reform attempts throughout the course of his life. Abu Zayd pointed to the fact that the very first intellectual exertions of the Muslim community focused on the interpretation of the Koran; after all, he reasoned, the Muslim holy book appealed to humankind's thirst for knowledge.

He also pointed out that the few reformers that did exist turned their attention to a critical view of the principles of Islam rather than the search for new academic approaches to Islam's holy scriptures.

Revelation as a process of communication

But the Egyptian linguist and Koran expert Abu Zayd did just that. What's more, he applied linguistic methods relating to communication to the Koran.

According to Abu Zayd, there is a transmitter and a receiver in every communication situation. Moreover, in order for a message to be received by the receiver, the transmitter has to encode it and the receiver to decode it accordingly. Said Abu Zayd: "The revelation is the communication process, the channel through which the Word of God was given to Muhammad."

​​ Abu Zayd never disputed that the Koran was revealed by God. However, he considered the Muslim holy book to be more than just "what God said" because it also had a human aspect, the Arabic language. As far as he was concerned, this aspect was actually a product that reflects the values and norms of Arab culture at the time. This is why he considered the Koran to be the result of a 23-year communicative exchange.

He used modern hermeneutics to elucidate this communicative process and, in so doing, highlighted the role played by humans in the genesis, interpretation and, above all, implementation of the Koran text in practice.

Writing the history of the Koran

Through both his efforts to release Islam from the grip of traditionalist and legalistic interpretation and his own interpretation – which focused on the requirements of modern society and its normative achievements such as democracy, the rule of law, and human rights – Abu Zayd opened the door to a contemporary and more flexible approach to the Koran.

Abu Zayd explained it thus: "We comprehend the text of the Koran as a cultural product in its historical genesis and, at the same time, as the generator of a new culture in history. However, the generation of a culture through the text only happens via the reception of the text of the Koran by the Muslims, who, for their part, are reliant on their own perspectives and attitudes. If we understand this, we can conclude that this culture, which the Muslims themselves created, is a culture related to a certain time that we can critically analyse and understand." 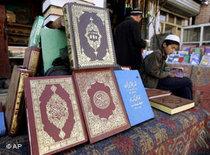 For Abu Zayd, the Muslim holy book was more than just "what God said"; it also had a human aspect: the Arabic language

​​ Abu Zayd paid a very high price for this theory: not only was he treated with hostility in his native Egypt, he was also charged with apostasy before a court of law and his marriage to the Romanist academic, Ibtihal Younis, was declared null and void – an unprecedented farce.

Even at the time, it was clear that it was not his academic writings on Koranic exegesis that had enraged his opponents, but his involvement in politics.

In 1992, Abu Zayd attacked the institutionalised "state Islam" of Mubarak's government in his book The Criticism of Religious Discourse. According to Abu Zayd, this "state Islam" was "no better than the extremists' interpretation of Islam, because both insist on their monopoly of the absolute truth."

Abu Zayd had to leave his native land because of the threats against his life. Together with his wife, he went into exile in the Netherlands where he latterly held the chair in Humanism and Islam at the University of Utrecht.

This modest Islamic scholar refused to be discouraged by hostility and attempts to sully his reputation and believed in the healing change in Islam right up until the end of his life: "Yes, I am a victim. But I am also a witness to the changes that are taking place, in spite – as in my own case – of all the terrible things that have happened. The famous Arab-Spanish philosopher Averroes was condemned. Nevertheless, his ideas have spread throughout the West," said the optimistic scholar in his last interview with Qantara.de.

One can only hope that the gaping hole left by Abu Zayd in the debates about the reform and modernisation of Islam can at least be partly filled by his many students.

The Life of Muhammad
In Search of the Historical Evidence
There has been no shortage of books on the Prophet Muhammad recently. Katajun Amirpur has been taking a closer look at two of them: one by Islamic Studies professor Tilman Nagel, the other by the great Islamic philosopher, Nasr Hamid Abu Zaid

Heresy in Islam
Islamic Justice as Injustice
On 14 February 1989 a fatwa was imposed on Salman Rushdie. But the tool called takfir, or "declaring someone a heretic" has since then be applied frequently to eliminate political opponents, says Katajun Amirpur, scholar of Islamic Studies

END_OF_DOCUMENT_TOKEN_TO_BE_REPLACED
Social media
and networks
Subscribe to our
newsletter