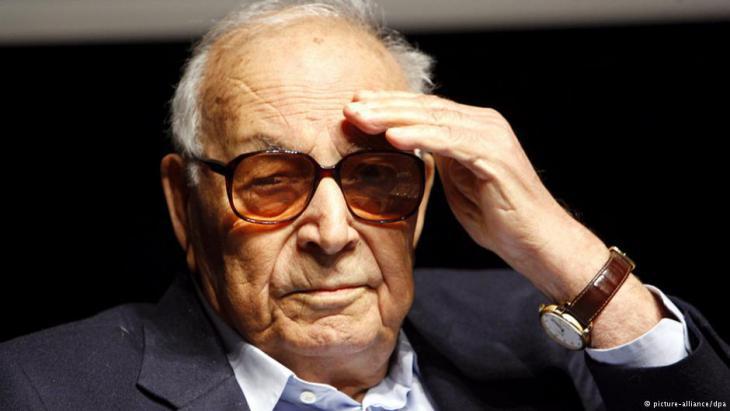 He was one of the most important voices in contemporary Turkish literature. All his life, Yasar Kemal campaigned for human rights and peace. Now the well-known author has died. An obituary by Sabine Damaschke

He lived to over 90 years of age: a long time for a man who so often had to fight for survival, grew up in poverty and was jailed several times. Yasar Kemal never knew exactly how old he was. He was probably born in October 1923, when Turkey was proclaimed a republic. It was only years later that his presumed date of birth was recorded at a registry office.

Yasar Kemal grew up in Hemite, a small village in eastern Anatolia. This plateau between the Mediterranean and the Taurus Mountains later became the setting for many of his novels. Anatolian storytellers, who took their tales from village to village, made a big impression on the young Kemal. He was composing poetry before he learned to read or write, he later said. He was the only child in his village to attend school.

During his childhood, Kemal was dogged by misfortune. When he was just five years old, his father was murdered in a mosque. The young Yasar also lost an eye in an accident. He kept his family above water by working as a farm labourer, shepherd and tractor driver. Finally, he became a street writer, writing letters, petitions and documents for the peasants. He also started collecting old stories, epic poems and elegies.

Literature in the language of the peasants 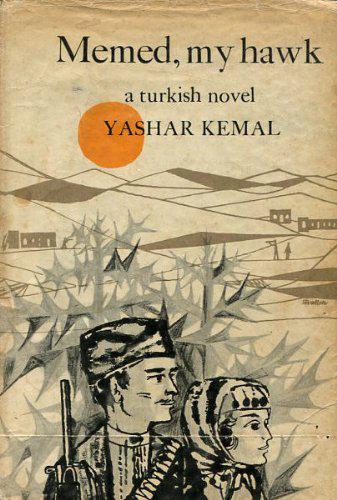 The book that made Yasar Kemal famous worldwide, "Memed, My Hawk", was a Turkish Robin Hood saga

"I was a small, slight boy in black bloomers with yellow exercise books in my hand, who wrote down everything that people sang," Yasar Kemal once said. He later fled to Istanbul for political reasons and published his first stories and reports there in 1951. Using the language of the peasants, he wrote about life in the country, with its poverty, hunger and the oppression of the peasants by big landowners. He quickly became famous: no one in Turkey had ever written literature like this before.

When his first novel, "Memed, My Hawk" appeared, Yasar Kemal suddenly achieved international fame. This modern Robin Hood saga transfers the story to the plains of Cukurova in south-eastern Turkey, where the robber and rebel Memed fights against the major landowner Abdi Aga. The novel was translated into more than 40 languages. Kemal wrote three sequels featuring this protagonist, who took a stand against exploitation and oppression.

Less well known are the writer's other books, which number more than 40. Many of them take the Turkish government to task. He championed the rights of the Kurds and declared himself a socialist, for which he was prosecuted, tortured and imprisoned several times. 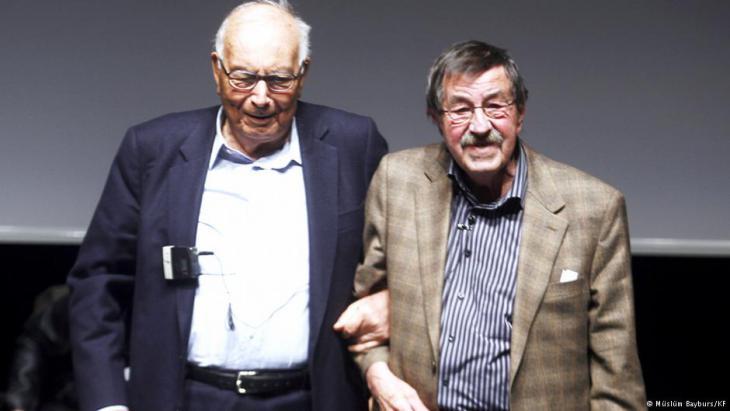 Two grand old men of Turkish and German literature and two close friends: Yasar Kemal (left) and Gunter Grass. In 1997, Kemal received the renowned Peace Prize of the German Book Trade. Grass gave a speech in his honour at the ceremony

Outside Turkey, by contrast, Kemal received much recognition for his political activism and his literature. He was first nominated for the Noble Prize for Literature in 1973, though – unlike his compatriot Orhan Pamuk – he never won it. In 1997, however, he was awarded the renowned Peace Prize of the German Book Trade in Frankfurt on Main. Gunter Grass gave a speech in his honour at the ceremony. Grass's criticism of the German government's policy towards Kurds triggered a controversial public debate and won him Kemal as a friend.

In the same year, following the arrest of a fellow writer, Kemal swore: "I will never forgive the Turkish state." Eleven years later, when the government offered him the highest cultural prize in Turkey, Kemal accepted, adding that he wanted to "see this honour as a sign that in Turkey, the fight for freedom and human rights will no longer be marginalised."

Kemal carried on fighting for human rights, freedom of expression, social justice and peace until the very end. If he had not been so ill, he would probably have been right at the forefront of the mass protests against the Turkish government and President Recep Tayyip Erdogan in 2013. The grand old man of Turkish literature never did make his peace with the state.

"This country is the country of great pain and massacres," Kemal said at that time, adding resolutely: "But it is the labour of mankind to rid ourselves of the filth. It is the most sacred of labours to take a stand against enmity and put up resistance for peace." This is the legacy he leaves to the people of Turkey and the world.

Home
Print
Newsletter
More on this topic
Yasar Kemal and Günter Grass: Defenders of diversityInterview with Orhan Pamuk: ''The Museum of Innocence'' – A declaration of love to the city of IstanbulObituary: the Algerian author Assia Djebar – Trailblazer for her country, her gender and her continentObituary: the Algerian writer Malek Alloula – A prophet unaccepted in his own country
Related Topics
Freedom of the press, Human rights, Kurds, Literature, Orhan Pamuk, Turkish literature
All Topics

The neo-Ottomanism propagated by Erdogan has long been more than rhetoric and symbolic politics. This can be seen from recent developments in parts of northern Syria, where Turkey ... END_OF_DOCUMENT_TOKEN_TO_BE_REPLACED

Televised Turkish dramas are all the rage in the Middle East. A young Ottoman TV Empire has been expanding its soft power by harnessing regional dialects, Arabic names and viewers ... END_OF_DOCUMENT_TOKEN_TO_BE_REPLACED

Researchers agree that climate change alone cannot be blamed for the outbreak of war in Syria in 2011. However, neither can it be ignored as a reason this once blossoming country ... END_OF_DOCUMENT_TOKEN_TO_BE_REPLACED

The Sufi Trail is a long-distance hiking route from Istanbul to Konya that seeks to revive the ancient tracks used by foot pilgrims on their way to Mecca. Marian Brehmer spoke to ... END_OF_DOCUMENT_TOKEN_TO_BE_REPLACED

END_OF_DOCUMENT_TOKEN_TO_BE_REPLACED
Social media
and networks
Subscribe to our
newsletter