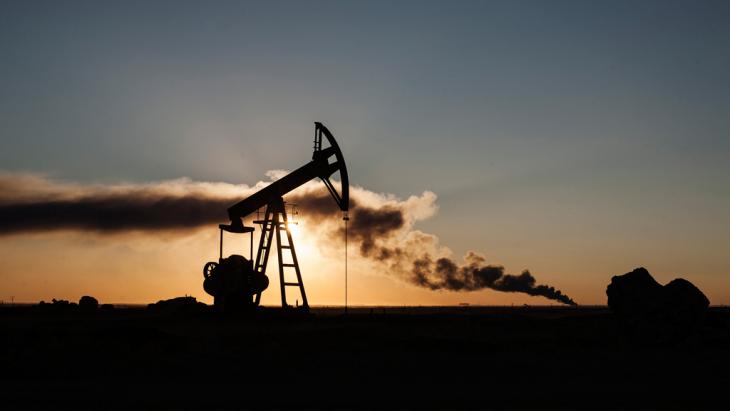 Oil and development in the Middle East
A two-edged sword

When poor countries started producing oil, they thought that was the key to economic growth and prosperity. Since then, the impact of resource wealth on producing countries has been the subject of endless debate. By Nassir Djafari

In the mid-1990s, critical voices dominated the debate. An empirical study that covered 97 developing countries from 1971 to 1989 (Sachs and Warner, 1995), noted, for instance, that resource-rich economies grew more slowly than resource-poor ones. The researchers found that high oil revenues fuelled greed and rivalry within the elite. Moreover, the commodity boom led to the appreciation of national currencies, making non-oil exports more expensive on the global market. This effect is known as ″Dutch disease″. It hampers the development of domestic industries, thus compounding oil-dependency.

Karl (1997) took the argument further in his much-quoted work ″The paradox of plenty″. He contended that oil wealth creates an incentive structure that inhibits development. Massive revenues from oil exports mean there is no need for a government to promote development to generate income.

Oil revenues become rent – income that does not require any effort. A system of patronage helps to create a social class that profits from public contracts, civil-service jobs and other advantages that result directly from the government′s oil revenues. The primary goal of that class is to maximise its ″rentier″ income. Corruption is an intrinsic feature of rentier states.

Eifert, Gelb and Tallroth (2002) took a different approach. They saw the key challenge in managing oil revenues. Because the oil price is twice as volatile as those of other commodities, price shocks are hard to predict, which makes it difficult to plan government budgets as revenues are uncertain and boom and bust cycles must be avoided. Moreover, savings should be made for future generations.

Many oil states, however, were over-optimistic when assessing future revenues in times of high prices and kept increasing their spending. Such expenditure became unsustainable when prices fell again, so many governments took on more debt. The authors showed how saving during a high-price phase and pursuing a systematically anti-cyclical fiscal policy can help an oil producing country guard against oil price crises and manage its oil wealth in an economically sustainable fashion. They took Norway as an example. 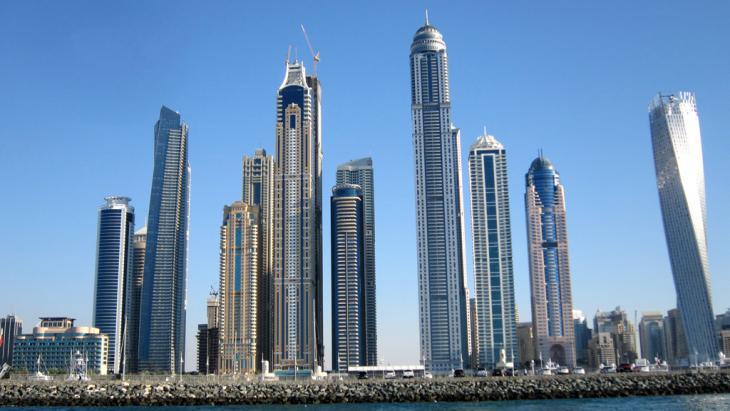 Riches built on sand: according to authors such as Isham/Woolcock/Pritchett/Busby, the rent effect of natural resources undermines democracy, delays modernisation and compounds problems of inequality

Isham, Woolcock, Pritchett and Busby (2005) examined the connection between resource wealth and the quality of institutions. Their study of 90 developing countries from 1974 to 1997 concluded that countries that export manufactured goods generally have better governance than those that export commodities. In the authors′ view, the rent effect of natural resources undermines democracy, delays modernisation and compounds problems of inequality.

States that can afford to leave people pretty much untaxed are less accountable than states that must show tax payers results. On the one hand, the oil states can keep the people happy with welfare programmes and transfer payments; on the other, they have the means to suppress opposition by force. The elites have little interest in developing and diversifying the economy, since doing so would create alternative sources of power (urban workforce, middle class, private-sector enterprises), which could undermine the foundations of the rentier state.

United Arab Emirates strongman Sheikh Mohammed bin Zayed al-Nahyan, who was formally elected president on 14 May, has led a realignment of the Middle East, creating a new anti- ... END_OF_DOCUMENT_TOKEN_TO_BE_REPLACED

Back in 1995, when The Times asserted Islam was to blame for the poor levels of education among women in the Muslim world, Mohammad Akram Nadwi began scouring ancient Arabic ... END_OF_DOCUMENT_TOKEN_TO_BE_REPLACED

Women's empowerment in the Gulf has become a tool of deflection, rather than a genuine effort to promote women’s full and equal participation in society. By Mira Al-Hussain END_OF_DOCUMENT_TOKEN_TO_BE_REPLACED

Indonesia has become a primary battleground between democratic and autocratic visions of Islam in the 21st century, with Nahdlatul Ulama pitted against Abdullah bin Bayyah, a ... END_OF_DOCUMENT_TOKEN_TO_BE_REPLACED

A straightforward message emerged from last week’s meeting in the Negev desert of the foreign ministers of four Arab countries, Israel and the United States: Israel is key to the ... END_OF_DOCUMENT_TOKEN_TO_BE_REPLACED

Ahead of Ramadan, most Middle Eastern countries have eased restrictions to near pre-pandemic times. However, increases in prices and food shortages due to the war in Ukraine are ... END_OF_DOCUMENT_TOKEN_TO_BE_REPLACED
Author:
Nassir Djafari
Date:
Mail:
Send via mail

END_OF_DOCUMENT_TOKEN_TO_BE_REPLACED
Social media
and networks
Subscribe to our
newsletter