Skip to main content
On the Death of Driss Chraïbi

Encounter with a Phantom Writer

Driss Chraïbi, the most important figure in contemporary Moroccan literature, died on April 1 at the age of more or less 80 years. Recollections by his translator, Regina Keil-Sagawe 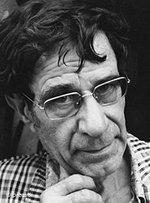 A cosmopolitan globetrotter with a strong inner connection to his homeland, Morocco - Driss Chraïbi

​​No, it was no April Fool's joke: Driss Chraïbi (1926?-2007), doyen and anointed "enfant terrible" of Moroccan literature for over 50 years, a vital, irreverent man with a passionate love of provocation, died of a heart attack on Sunday, April 1 in the village of Crest in Southeastern France, where he had lived since 1986 with Sheena, his Scottish wife and five of his ten children. He is mourned by all of Morocco and a worldwide Internet following.

"He was a master for all of us…" Tahar Ben Jelloun declared to the Moroccan news service MAP. He spoke of Driss Chraïbi's "commitment and courage" in "blazing a trail for generations of Maghreb writers" and holding up the mirror to Moroccan society more skillfully than any other writer.

Revolt as his trademark

The trained chemist, son of an affluent tea-trader from El-Jadida and graduate of the French elite Lycée Lyautey (Casablanca), made a dramatic entrance onto the literary stage in 1954 – from Paris, where he had been living since 1945. Le Passé Simple, a son's furious settling of scores with Papa's Morocco and its old guard, hit Morocco like a bomb, right in the midst of the French protectorate's (1912-1956) struggle for independence.

Chraïbi was regarded as a whistle-blower, a traitor to his country. He was rehabilitated in 1967, in a special issue of the avant-garde magazine "Souffles", but the novel itself, a milestone of modern Maghreb literature, remained on the blacklist until 1977.

Chemistry left Driss Chraïbi – who switched to literature and journalism after his examination (and spent thirty years writing radio plays for Radio France Culture on the side) – with a lasting thirst for experimentation. In constellations shifting from book to book, he parsed the cultural conflict which was his own, the confrontation between Orient and Occident, tradition and modernity:

In 1954, in Passé Simple, he introduced the theme of generational conflict into a Maghreb literature that was still in its infancy. In 1955, with Les Boucs (Eng. The Butts), he inaugurated the genre of the immigrant novel with his scathing depiction of the wretched living conditions of Maghreb guest workers in the French "motherland".

In 1972, La Civilisation, ma mère! (Eng. Mother Comes of Age) made him the trailblazer of a feminism à la marocaine; in 1967 and 1975 he tried his hand at novels about relationships, Un ami viendra vous voir and Mort au Canada. For the first time – to this day a rare occurrence in Maghreb literature – they left the Maghreb context far behind.

Chraïbi speaks in spiritual tones as well as rebellious ones. The cosmopolitan globetrotter with his strong inner connection to his homeland is driven first and foremost by one question: the question as to the fate of people and peoples, and as to the true message of Islam.

In two historical/mythological novels he immerses himself in Morocco's Middle Ages, describing the encounter between Arab-Islamic and Berber culture (La mère du printemps/ L'Oum er-Bia, 1982), the golden – Andalusian – age (Naissance à l'aube, 1986), and, nine years later, even the life of the prophet before the revelation of the Koran (L'Homme du livre, 1995)

Last not least: the Inspector Ali series, in which Chraïbi established the genre of the post-colonial detective novel playing with western clichés of the Orient. Already familiar to readers from The Flutes of Death (1981, Une enquête au pays), in the 1990s Ali, a dyed-in-the-wool Moroccan brother of Pepe Carvalho, highly sensual and profoundly politically incorrect, became Chraïbi's favorite character, carrying out his investigations in the world's geopolitical hotspots:

In England (L'inspecteur Ali á Trinity College, 1996), the USA (L'Inspecteur Ali et la CIA, 1997) and even in Afghanistan, in L'Homme qui venait du passé (2004), "a ravishing comedy", as Chraïbi praised himself and his definitively final novel "about the contemporary Islamic world and this pseudo-war it is waging with the west."

"My way of joking is to tell the truth"

All his life Driss Chraïbi delighted in teasing his readers with a unique sense of humor that blurs the boundaries between jest and earnest. He has laid false leads for critics who find more (autobiographical) authenticity in his 17 novels than in his two books of memoirs (Vu, lu, entendu, 1998; Le Monde à coté, 2001).

Now the author who always liked to refer to himself as a "écrivain fantôme" (citing his birth date, July 15, 1926, a genuine fiction) has escaped once and for all from the grasp of the "insectuals", to speak with Inspector Ali.

The writer was laid to rest in the Cimetière des Chouhada in Casablanca on April 6, accompanied by many mourners, on the very same day when he was actually supposed to give a reading in Rabat ... There are many indications, however, that the phantom will not be laid to rest for a long time to come.

END_OF_DOCUMENT_TOKEN_TO_BE_REPLACED
Social media
and networks
Subscribe to our
newsletter