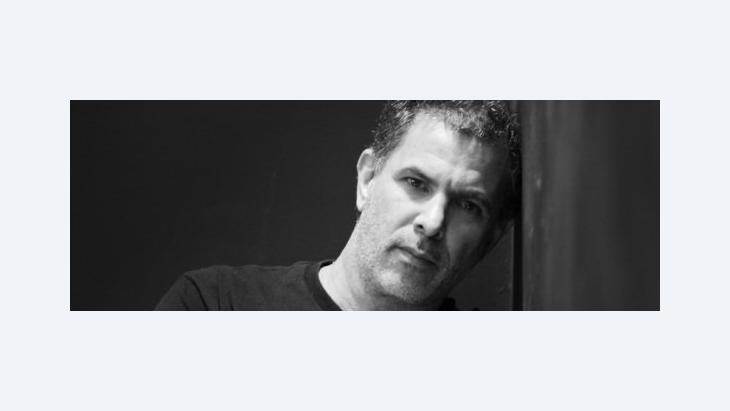 On the Death of Juliano Mer-Khamis

﻿﻿The murdered theatre director and artist Juliano Mer-Khamis spent his life walking on a tightrope. A traitor to some, while a visionary to others – and an exception on the Israeli as well as the Palestinian side. An obituary by Stephanie Doetzer

It happened at the funeral of a friend. Juliano Mer-Khamis read a poem by Mahmut Darwish for the dead and ever since then he was considered a renegade by the majority of Israeli society. His friend wasn’t just anyone, but rather a suicide bomber.

“Of the 28 suicide bombers from Jenin, I knew eight. And he was an old acquaintance of mine. But my reading a poem for a suicide bomber was the end of my career in Israel. I never expressed support for his terrorist attack, nor do I justify violence against anyone – but I do understand where it comes from. That's a big difference,” explained Mer-Khamis when we first met.

Violence and its causes, freedom and its preconditions – these were his lifelong themes. He didn't need to go far to find them. As the son of an Israeli Jewish mother and a Palestinian Christian father, Mer-Khamis was born right onto the frontline of the Israeli-Palestinian conflict. His mother was a peace activist, his father a prominent Communist leader, both spending time in prison for their political activities and finally deciding to move the family to Russia and the former GDR. Mer-Khamis laconic summary of his childhood goes like this: “I was a dirty Jew in Moscow and a dirty Arab in Israel.”

The intricate question of his identity would stay with him for the rest of his life, even though he had a ready-made answer for anyone who would inquire: “I am 100 percent Palestinian and 100 percent Jewish.” The statement appears in many of his interviews, but maybe its contrary would have been even more correct: In meetings with Mer-Khamis, many left with the impression that he belonged to no group whatsoever. He simply was himself, an individual in a context that does not allow for much individuality. 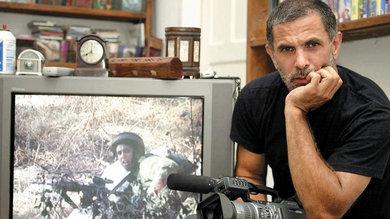 During the final years of his life, Juliano Mer-Khamis faced massive hostility. It's only after his death that everyone suddenly claims to have always appreciated him. He would not have been very pleased by most of the obituaries written about him, says Stephanie Doetzer, who met with Mer-Khamis on several occasions

​​In the 1980s, his mother Arna founded a theatre project for children in Jenin. He helped out and started filming the rehearsals. Following the death of his mother in 1995, Mer-Khamis left the theatre. Yet, after the news of a suicide bombing carried out by one of its former child actors, he knew it was time to return to Jenin.

In 2006, he founded the “Freedom Theatre” and thereby provided a unique space within the suffocating atmosphere of Jenin's refugee camp. “I wanted to create a place where the children could be free. Free from their beating father, free from the beating soldier, free from all the oppression surrounding them. I wanted to give them some normality. The children have lost so many of their relatives that they are emotionally dead. Acting in the theatre allows them to feel something, to express their emotions.”

The piles of old footage eventually turned into his documentary film “Arna’s Children,” perhaps the most compelling film ever made about the Israeli occupation. Whenever he presented his film and theatre performances in Germany, his message was clear. “I want to move people. I want them to wake up. Especially the Germans. They don’t dare to look at what's happening in Palestine because of their own feeling of guilt towards Israel. But it is their silence that allows things to continue.”

His accent sometimes sounded Hebrew, sometimes Arabic, somehow underlining the striking, sometimes brutal, clarity of his accounts. “My daughter was almost killed by a suicide bomber in Haifa. I know what that means. But I also knew the young woman who blew herself up in that restaurant. Her brother and her fiancé were both shot dead by the Israeli army. She, too, is a product of the occupation. But for the majority of the Israelis, saying this turns me into a lunatic.”

Outsider in the peace camp 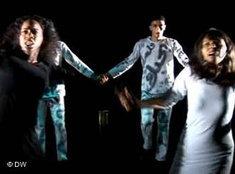 The target of extremists: Two unsolved arson attacks on the Peace Theatre in Jenin were carried out in 2009. Additional threats followed on account of the theatre programme schedule

​​Posthumously, Mer-Khamis is being portrayed as a peace activist. Yet he was an outsider even within the Israeli peace camp. Or, more precisely, he simply didn’t belong to it. His criticism of zionism and the occupation challenged the very foundations of the Israeli state. He spoke of ethnic cleansing in Palestine, considered the two-state solution a farce, and supported one bi-national state for all. Those statements made him a hate-figure to some, others simply ignored him. The media attention on his violent death goes much beyond the attention his work received during his lifetime.

“In Israel, I'm allowed to entertain, but no one wants to hear my views. You can speak freely as long as you remain within the limits of the social consensus. If you move from it just a tiny bit, they'll cut you off. My work is being used as a fig leaf to demonstrate how democratic Israel is, I don't know what to do about it. Other cultural institutions in the West Bank have been destroyed, but they don't touch our theatre, because there are Jews working here.”

However, not only his theatrical work, but also his death is now part of a narrative that he would have passionately rejected during his lifetime. To some, his murder serves as yet another piece of evidence for the accuracy of anti-Palestinian propaganda. After all, Mer-Khamis can easily be portrayed as just another Israeli shot dead by Palestinians.

“This is how they treat their friends – and the rest of their friends should take note,” writes one reader of the Jerusalem Post. Another one adds: “When a zookeeper deals with wild animals, one shouldn’t be surprised when they maul him.”

Most voices sound more sympathetic, but paradoxically, those are also more manipulative. Mer-Khamis battled against labels that would be imposed on him, but after his death, he is now being conveniently labeled by others. To those journalists who refer to him simply as an Israeli theatre director, he would have replied one of this defiant quotes: “I am not the good Jew who goes helping the Arabs”.

He was a Palestinian Jew or a Jewish Palestinian, whatever the case. Was he murdered because this combination is impossible? Or because he was its living example. 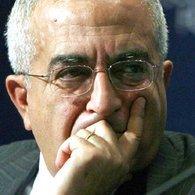 ​​One thing is certain: As much as the Israeli majority didn’t want to hear his thoughts, conservative Palestinian couldn't stomach his work in the camp. To them, Mer-Khamis was too godless, too liberal, despite the support that he received from many local Hamas leaders. Yet, in Jenin, Hamas has long ceased to be a radical voice, others make the former hardliners sound almost moderate.
“Some people have an issue with boys and girls playing together in the theatre. You know, theatre has bad reputation in Palestine. For a woman to be an actress comes close to being a prostitute. But most people don’t take theatre seriously. For them, it's just child's play.” said Mer-Khamis.

Yet, the extremists must have taken the theatre very seriously. Two years ago, flyers were distributed denouncing Mer-Khamis as Israel's “fifth column” Death threats and two arson attacks followed. When, in April 2009, the situation reached a head, Mer-Khamis sent out an e-mail to friends and acquaintances calling for solidarity and asking the Palestinian security forces for better protection. The letter closed with a quote from Martin Luther King. “In the end, we will remember not the words of our enemies, but the silence of our friends.”

What will happen now with the theatre and its acting school remains an open question. A banner in front of the theatre expresses the determination of the students. “Juliano, we are your children and will follow in your footsteps.” In Ramallah, hundreds attended a funeral march and carried placards with the words “Your voice can’t be silenced by bullets.”

Nonetheless, everyone expects difficult times ahead – even more difficult than those after the death of his mother Arna. Back then, Mer-Khamis said something that may now apply to his own: “Hope continues to live in Jenin. Maybe the death of Arna re-awakened it, because she made such an impression in the hearts of its people. Some people are more powerful when they're dead than we they're alive.”

When it comes to talent, Palestine may well be able to compete with other football teams in the region, but growth and development are hampered by the situation in the Palestinian ... END_OF_DOCUMENT_TOKEN_TO_BE_REPLACED

The change in U.S. president is also having an impact on the conflict between Turkey and Greece. Since the USA has started to play the Greek card, the strategic situation in the ... END_OF_DOCUMENT_TOKEN_TO_BE_REPLACED

Years ago, the International Holocaust Remembrance Alliance formulated how hatred of Jews can be recognised. Now a new definition is causing controversy. By Sarah Judith Hofmann END_OF_DOCUMENT_TOKEN_TO_BE_REPLACED

As someone accustomed to presenting his country to interested outsiders, Israeli teacher and tour guide Noam Yatsiv makes the case for a more nuanced appreciation of the ... END_OF_DOCUMENT_TOKEN_TO_BE_REPLACED

Jewish voices are much more diverse than the public often sees. Jewish men and women who oppose the injustice of Israeli occupation in the West Bank deserve our respect and ... END_OF_DOCUMENT_TOKEN_TO_BE_REPLACED

The Germans have a fragmented perception of the conflict between Israel and the Palestinians, and their discourse is dominated by certain catchphrases. All the while, there is a ... END_OF_DOCUMENT_TOKEN_TO_BE_REPLACED
Author:
Stephanie Doetzer
Date:
Mail:
Send via mail

END_OF_DOCUMENT_TOKEN_TO_BE_REPLACED
Social media
and networks
Subscribe to our
newsletter