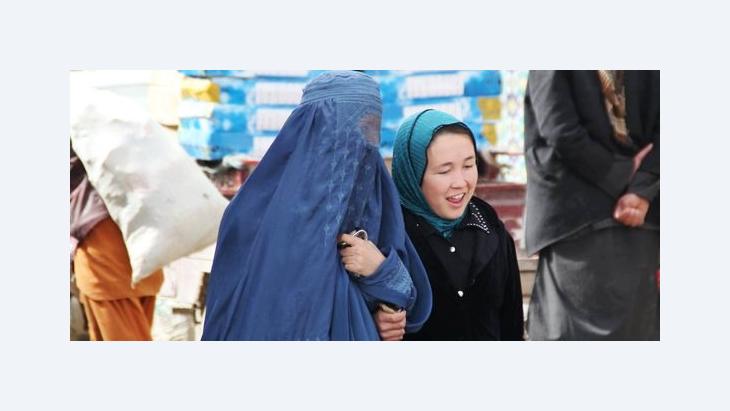 On Tour in Afghanistan, Part 4

The Other Half of Society

﻿Our author Marian Brehmer spent two weeks travelling through Afghanistan during the Persian calendar New Year. He spoke with people in Masar-i-Sharif and Kabul about things other than the war. What hopes do the people have for the coming year and how do they assess political developments in the country?

As a man travelling alone in Afghanistan, encounters with women are rare. One becomes accustomed to only meeting members of the same gender. As a consequence, I find myself asking the question: How are women really faring in a nation so often cited as synonymous with their repression?

It's a question I actually wanted to ask a woman. But the two young women I'd planned to speak to cancelled our meeting. Instead, I now find myself sitting opposite 25-year-old male women's rights activist Zafar Salehi. He's invited me to the office of "Young Women for Change", a young Kabul-based organisation campaigning for women's rights. The office is located in a side street and is difficult to find. It's in a private house with a caretaker who opens the door and makes tea. As is so often the case with NGOs in Kabul, there is no external sign indicating the existence of the association. 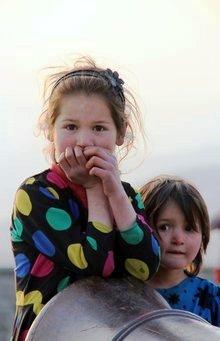 Uncertain future for girls in Afghanistan? In Kabul at least, their prospects are better than they have been for 30 years

​​Zafar Salehi explains to me why he is committed to improving the lot of women: "If you want change in Afghanistan, you can't simply ignore half of society," he says. And that's exactly what occurred over the past few decades in Afghanistan, he continues. "Most of what happens to women is rooted in a lack of male awareness of women's rights," says Zafar Salehi.

"Young Women for Change" (YWFC) was founded in April 2011 by two students, Anita Haydery and Noor Jahan Akbar. Within a short time, the two women established contacts with contemporaries, identified specific grievances and organised themselves. Now, as well as the young women, there are ten male activists also working for the organisation.

"Each of our members is aware that he or she will encounter threats and resistance," says Zafar Salehi. The resistance comes from conservative, male-dominated sections of society. "Certain people fear they will lose power as a result of our success," he says. Zafar Salehi would like to see the mullahs preach respect for women, instead of aiming criticism at them. Preachers at Friday prayers sill have a great influence on most of the populace, but this leverage is gradually lessening.

Although there are now several women's rights organisations in Kabul, "Young Women for Change" is breaking new ground in many areas. On International Women's Day 2012, the YWFC opened the first "women only" Internet café in Kabul. It's proving to be highly popular. The establishment aims to provide women with a place where they can gather as an alternative to what are otherwise male-dominated Internet cafés in the city. Zafar Salehi calls it "a secure environment in which to link up with the world."

In this project, over the past few months YWFC activists have been working on a study of the harassment of women in everyday life. The survey considered the experiences of more than 3,000 women from various social strata. The results are due to be published later this year. The study makes one point absolutely clear: Practically every Afghan woman has experienced verbal or physical attacks in the public arena. 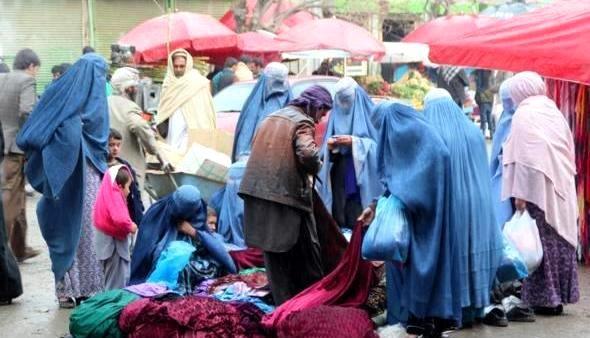 "All too often, 'The Burka' is swiftly used as a catchword, in the Afghan context or erroneously even as a word for any female head covering between Morocco and Pakistan." - Women shopping in Kabul's historic centre

​​The YWFC first drew public attention to the problem at a demonstration last year. Media interest was great, but the response from some quarters has been cautious.

"Our society doesn't want to admit that such a thing occurs," says Zafar Salehi. Men who were made aware of the issue often looked to women for the cause, saying that if a woman doesn't dress appropriately then it's her fault, he continues. "But that's wrong. We have found out that women who wear headscarves can be just as much the victims of harassment as women in burkas," says Salehi.

The burka – there can hardly be another item of clothing that has attained such fame in the last decade. Since Afghanistan has again found itself the focus of western attention, the burka has served as a symbol of the regression and brutality of the Taliban regime. Others use it as a catch-all to bludgeon Islam in general.

All too often, "The Burka" is swiftly used as a catchword, in the Afghan context or erroneously even as a word for any female head covering between Morocco and Pakistan. Questions concerning the individual motives for wearing a burka, the distinction between free will and compulsion and the interplay of social milieu, family tradition and religious sensitivities are rarely posed. These are all aspects inadequately expressed by the "Islam" label.

On the streets of Kabul, the burka is still present even 10 years after the fall of the Taliban. But now and again I also see young women wearing headscarves Iranian style, allowing them to slide back casually to the back of the head. They wear tunics, jeans, heeled shoes and makeup. Many of them have actually spent a few years in Iran, and others copy their fashion sense. 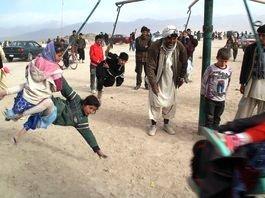 Recreation and innocent diversion possible again: A carousel on the outskirts of Kabul

​​In parts of the city, they demand their share of the public arena. But it's a long drawn-out process. And Kabul is not Afghanistan. Afghanistan is first and foremost the provinces and their villages, which remain closed to me during this visit.

Men also dominate the picture on Bibi Mahru, a hill in northeastern Kabul. It's Friday, the day for family outings. But there are few mothers in evidence, let alone young women. Yobbish-looking boys swagger past arm-in-arm to Bollywood music and pose for the camera. Small groups of men have parked their cars close to the slope. They look out through the windscreens over the rooftops of the city. A young man tries to sell me some whisky.

In the background, there's an old swimming pool with three diving platforms. It's been a long time since there's been any water in the pool, and it makes a bizarre and inappropriate impression. The site has been fenced off. The Taliban carried out executions on the diving platforms. The traces of this bloody fact have been covered with blue paint.

A newly erected grave on the other side of the hill again underlines Afghanistan's vulnerability. It is that of the former president Burhanuddin Rabbani, a figure of hope for many assassinated in a suicide bomb attack last year. Over the past few years, thawing snows and the advent of spring have always preceded a surge in acts of violence. What will this year bring?

Zafar Salehi looks to the future in Afghanistan with confidence. He doesn't believe that the Taliban will be returned to power. That the YWFC is allowed to exist at all is progress in itself. "But if the situation worsens again after 2014 (when NATO troops will leave the country, the ed.), then women will be the first to bear the brunt," he says.

We fly a kite on Bibi Mahru. The brightly-coloured fluttering speck up in the sky conveys a sense of hope. Flying kites was banned under the Taliban. The kite ascends higher than the inglorious diving platform, flounders a while and falls to the ground. At least moments of grace and beauty such as this have returned to the skies over Kabul.

END_OF_DOCUMENT_TOKEN_TO_BE_REPLACED
Social media
and networks
Subscribe to our
newsletter