Arab human rights activists are critical of American policy towards their native countries. They feel that in the twelve months since President Obama's speech in Cairo, the United States has done very little to follow up on its good intentions. Christina Bergmann reports 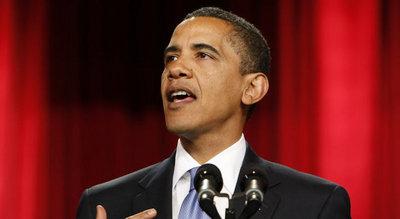 Although President Obama stressed the importance of respecting human rights several times during his speech in Cairo, the US continues to forge alliances with states that are not based on the rule of law, such as Egypt

​​ Amal Basha is upset. The dark-haired woman gesticulates with her hands and her voice almost cracks as she tells of the rocket attack that took place in Yemen last December. The target was a supposed Al-Qaida training camp, but mainly women and children were killed. "We are friends of Obama," she cries, "but we just couldn't believe what happened."

When she heard that President Obama had congratulated the Yemeni government on the attack in which 52 people died, her first reaction was that the information must have been false. "Just think about the suffering of the people there," she continues and criticises the fact that Yemen is one of those states that has taken advantage of the war on international terrorism to persecute and silence its political opponents.

Amal Basha is director of the Sisters' Arab Forum for Human Rights in Yemen. She, along with a number of other human rights activists, was invited to the American capital by the Heinrich Böll Foundation.

Basha described her impressions at an event organised last week by the Carnegie Endowment for International Peace. She called on the US government to show more openness in its dealings with the activists. "We have to include civil society in the discussions at every meeting and at every event." She also called for an end to meetings of small groups of people at the US embassy and added: "We don't want these secret meetings, because we don't have any secrets." She maintains that public solidarity is the most effective weapon in the fight against autocratic regimes.

One year after President Obama's speech in Cairo, Arab human rights activists have little good to say about the US government's record in the region. No-one doubts the President's good intentions, but American actions speak a different language, explains Bahey el Din Hassan, director of the Cairo Institute for Human Rights Studies.

Human rights activist Bahey el Din Hassan says that if the Americans are not in a position to do good deeds, they should at least refrain from doing harm

​​ And if the Americans are not in a position to do good deeds, they should at least refrain from doing harm, he continues, citing two examples: America's unconditional support for the bloody regime in Yemen and its recognition of the Egyptian government's official definition of NGOs, which severely limits the freedom of movement of members of civil society organisations. "It's just dreadful," he says.

The journalist Kamel Labidi is also calling for the public denunciation of human rights abuses. He now lives in the USA, but often travels to Arab countries and last May visited his native Tunisia, where a law has been enacted that prohibits human rights activists from making contact with foreign organisations. He is disappointed with the response of many governments to this law. "It is regrettable that European countries as well as the USA have remained silent on this issue." He goes on to say that the United States has even praised the Tunisian regime for its supposed progress on human rights, while completely ignoring its abuses.

A good beginning, but now for the second step

American relations with Egypt are also regarded with scepticism. The 27-year-old blogger and human rights activist Bassem Samir Awad lives in Cairo. Like so many Arabs, he had high hopes after Obama's speech in his native city. 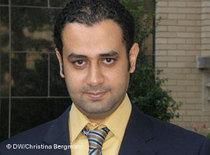 Although the 27-year-old blogger and human rights activist Bassem Samir Awad still has much to criticise, he acknowledges that the US administration has indeed taken some positive steps

​​ In the months that followed, he explains, he was disappointed to see that these words were not followed by deeds. Nothing has been heard from the Americans in Cairo since then. Last January, he was invited to the United States for the first time. His discussion partners told him to be patient. "I know that every administration initially focuses on domestic politics, not on international affairs," he says.

He has recently observed a positive development. When he was arrested and spent 30 hours in jail, the US State Department took an interest in his case. Secretary of State Clinton, whom he later met, mentioned him by name, relates the young human rights activist.

Moreover, when the 28-year-old Egyptian businessman Khalid Said died in June at the hands of police, the USA expressed its concern and demanded an investigation. That was a good start, says the Egyptian, "but now we expect the second step."

Free and fair elections in Egypt? 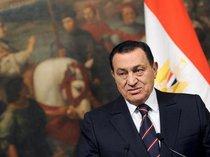 ​​ At the latest, this step will come for Egypt next year in the form of scheduled parliamentary elections. Bassem Samir feels that the USA will have to pressurise its closest ally in the Middle East to permit free and fair elections and to allow a serious challenger to President Mubarak to take part. The Egyptian population will be paying close attention.

In the final analysis, it is the local human rights organisations that do the crucial work, says Ibrahim al Mugaiteeb, president of the Saudi Arabian human rights organisation First Society. He considers himself first and foremost to be a realist. He didn't expect much from the new American government, even after Obama's speech in Cairo. His discussions in Washington with representatives of the State Department have, however, been positive, he says.

Perhaps, muses Al Mugaiteeb, the American government will have a better record on supporting human rights activists in the Middle East this time next year. That being said, he feels that no-one should harbour any false hopes, as the US might decide to attack Iran. "And then," he adds, half-jokingly, "they won't show much interest in human rights activists any more."

Portrait Dalia Mogahed
"Every Deed Begins with a Word"
Dalia Mogahed is a member of US President Obama's Advisory Council on Faith-Based and Neighborhood Partnerships. The devout Muslim counters criticism of Obama's Cairo speech by pointing out that it represents only the first stage in what will be a long dialogue process. By Amira El Ahl

END_OF_DOCUMENT_TOKEN_TO_BE_REPLACED
Social media
and networks
Subscribe to our
newsletter