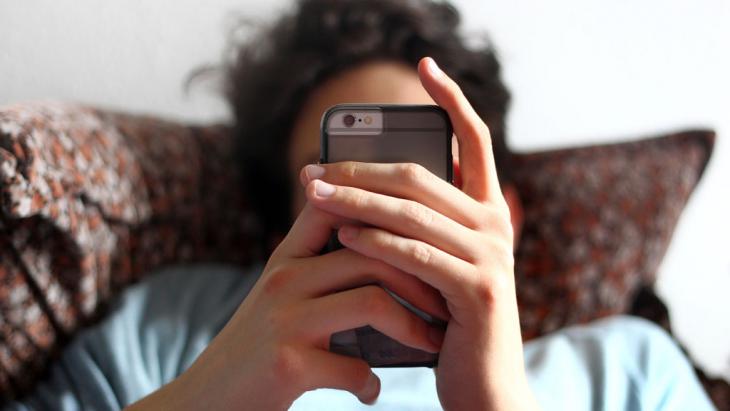 These days young Muslims are increasingly seeking answers to their everyday faith queries online rather than in the mosque. The Berlin association ufuq.de recently launched a project called ″Was postest Du? Politische Bildung mit jungen Musliminnen und Muslimen online″, aimed at stimulating debate among the younger generation and suggesting alternative means of social interaction. A report by Götz Nordbruch

What does Islam actually say about plucking eyebrows? Or about Halloween? Is it okay to watch ″Game of Thrones as a Muslim″? These days young Muslims are turning less frequently to the mosque for answers to such questions, as Google - "the online authority" - gains in importance. Whether clothing regulations, interaction with their faith in everyday life, or religious issues in politics – for many young Muslims, online media play a key role in the exchange over current issues and as a source of information.

There have nevertheless been few attempts thus far to use social media in political education programmes. At the same time, the experience of the model project "Was postest Du? Politische Bildung mit jungen Musliminnen und Muslimen online" (What do you post? Political education with young Muslims online) by the Berlin association ufuq.de shows the extent of interest in religious and social questions on social networks too – and how difficult it can be to enter into a dialogue over these questions.

Discussions on Facebook or YouTube often resemble Hell's precipice. The debates are often characterised by polemical commentaries and insults, particularly when the questions are of a sensitive and often highly personal nature on the subject of managing Islamic traditions in everyday life. Salafist voices are also in evidence here, setting the tone in some German-language Facebook groups on Islam. 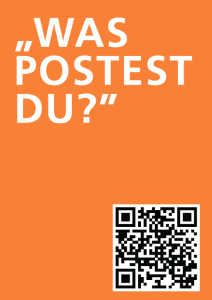 Blurred lines: "posting on social media sites is less about taking part in a conversation in "virtual worlds" and rather about very real discussions of experiences in school, leisure time or working life", writes Götz Nordbruch

The "Was postest du?" project is concerned with "outreach" political educational work in places where young Muslims are already active and present – for example in Facebook groups with titles such as "Questions about Islam" or "Problems and solutions in Islam", some of which boast over 10,000 members. The job of the teams trained for the online work within the project, all of whom are themselves Muslims, does not consist of giving "correct" answers to questions concerning the faith, but rather to inquire and provide points for reflection, thereby broadening the spectrum of opinion.

This does not always work, however. Take, for example, the post submitted by a young woman on Facebook, in which she turned to the Facebook community with the question of "whether a woman is allowed to go into town alone without her husband". In response to the inquiry why women should be prohibited from doing this, she answered, "I want an Islamic answer with Hadith and Koran verse. I'm not really in the mood for arguments and discussions at the moment. I just need a straight answer from someone in the know."

The desire for clear answers is especially prevalent among young people. A kind of "hadith ping pong" often develops in this context, in which one hadith is countermanded by another contradictory one. Yet here too, conversations often arise in which the focus is less on clarity and more on connections and background. This means political educational work in social networks can also be a way of linking questions concerning clothing rules to further questions on the social significance of clothing – or on the impact of particular styles of clothing on others. In this regard it quickly becomes clear that, in the case of the headscarf, for example, this is not just about religious rules alone, but also about questions of identity, a way of defining a relationship to others and to messages conveyed though a particular item of clothing. This means the decision as to whether you are for or against the headscarf is no longer simply dependent on how you interpret a religious norm, but also on what you yourself want and what you believe to be right.

Muslims are not helpless victims

In order to reflect and decide for yourself it is important to be confronted with a variety of perspectives and options. Social networks offer numerous reference points when grappling with Muslims' experience of discrimination in particular. In many online discussion forums involving young Muslims, much attention is devoted to the growing number of Islamophobic crimes and the widespread experience of anti-Muslim racism. 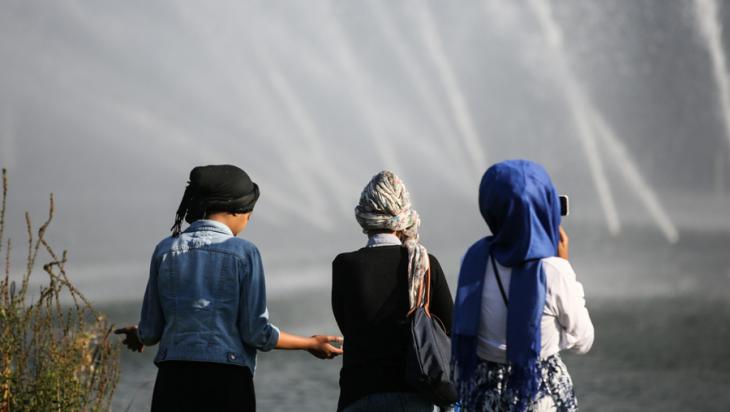 Hadith "ping pong": as one young woman wrote, "I want an Islamic answer with Hadith and Koran verse. I'm not really in the mood for arguments and discussions at the moment. I just need a straight answer from someone in the know"

This frequently gives rise to the impression that Muslims are helplessly exposed to violence and hostility – an impression condensed into a victim ideology in contributions from Salafist initiatives: "The West is waging a war against Islam!"

The discussions going on within the online project show how important it is to recognise this experience, and how gratefully referrals to places that can help are taken up, for example anti-discrimination agencies and networks. The aim here is not to gloss over experiences with racism, but to indicate possible paths of action to counter the impression of helplessness. Part of this process also includes sharing reports on verdicts in cases brought claiming discrimination against Muslims on the job and rental markets. There are now several of these, although they tend to bypass discussions among youngsters, which is why they should find a wider audience in educational work in particular.

In consideration of political issues too, it becomes clear how important exposure to other positions and assessments can be. For example, Facebook discussions regularly unfold on whether Muslims are allowed to take part in elections. "Voting in a democracy is definitely prohibited in Islam," read one post on the Turkish elections. Often, such questions refer directly what's going on in the lives of the young people themselves:  "As a Muslim, am I allowed to take part in the works committee election?"

Here too, this is less about having a theological debate and more about referring to the positions of other Muslims who speak out, as Muslims and as citizens, in favour of political participation. Public Muslim figures such as a group of Berlin imams, for example, that openly called for participation in elections to the city senate. "As citizens of our capital, we enjoy the right to elect people who represent us and make decisions that affect our daily lives," they wrote in an open letter. 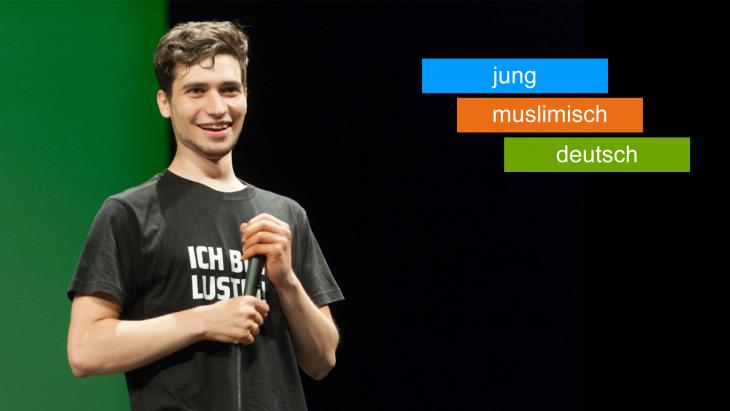 All for political involvement: young Muslims such as Youssef Adlah, founder of the poetry slam group i,slam, or Kubra Gumusay, initiator of the anti-racist campaign #Schauhin, are at the forefront of a new generation of Muslims in Germany. Nevertheless, such voices are seldom heard in online discussions

"Through the election we can have an influence on the political shaping of our city. And this is not just about issues that affect us directly as Muslims. Each and every one of us has ideas concerning education, health, the jobs market or environmental protection. We, the imams of Berlin, encourage our Muslim brothers and sisters to take part in the upcoming elections to the Berlin assembly so that political interests and goals can become reality." Or young people such as Kubra Gumusay, initiator of the anti-racist campaign #Schauhin, or Youssef Adlah, founder of the poetry slam group i,slam who take part in political discussions as Muslims. This is a matter of course for most Muslims, but these voices are often not heard in many online discussions.

In this respect political education in social media functions basically along the same lines as in personal encounters. Differences can however be discerned as a result of the online format. In this, it is first and foremost cartoons, photos and short videos that trigger debates and arouse interest, while longer commentaries and links to more lengthy pieces of background information often get lost. It is no coincidence that cartoons by the illustrator Soufeina Hamed alias Tuffix also regularly crop up on Facebook. With drawings detailing her everyday life as a Muslim woman in Germany, her experience strikes a chord with that of many young Muslims and thereby inspires others to take a stand and represent their own interests.

The success of these drawings also makes it apparent how blurred the lines between online and offline worlds now are. These days, posting on social media sites is less about taking part in a conversation in "virtual worlds" and rather about very real discussions of experiences in school, leisure time or working life. This means more should be done to tap the potential of social media such as Facebook, Youtube and Instagram in the political education of young people.

The protests against police violence in the USA have triggered a discussion in Germany about discrimination, immigration and the country's image of itself. Why are people who do ... END_OF_DOCUMENT_TOKEN_TO_BE_REPLACED

In the age of corona, Ankara's regional power strategy is twofold: on the one hand, Turkey is engaged in a charm offensive to revamp its political image, which has suffered lately ... END_OF_DOCUMENT_TOKEN_TO_BE_REPLACED

The Sudan Partnership Conference on 25 June is seeking funding commitments to rebuild Sudan’s desolate economy. As Annette Weber argues, the crucial point will be aligning ... END_OF_DOCUMENT_TOKEN_TO_BE_REPLACED

At a time of widespread international protests against racism, triggered by the killing of George Floyd in the United States, there are calls to remove the term race from the ... END_OF_DOCUMENT_TOKEN_TO_BE_REPLACED

Having forfeited any real influence in Libya, Europe needs to look to the judicial use of sanctions. Curbing Russian influence and drawing support away from Haftar is essential if ... END_OF_DOCUMENT_TOKEN_TO_BE_REPLACED

On 24 November 2019, the International Consortium of Investigative Journalists (ICIJ) – along with 17 media partners from 14 countries around the world – published the "China ... END_OF_DOCUMENT_TOKEN_TO_BE_REPLACED
Author:
Götz Nordbruch
Date:
Mail:
Send via mail

END_OF_DOCUMENT_TOKEN_TO_BE_REPLACED
Social media
and networks
Subscribe to our
newsletter