With HATIF, the first opt-out programme for Islamists, the German Federal Office for the Protection of the Constitution aims to help those who want to leave the militant Islamist milieu. Although this new approach has been broadly welcomed, some doubts remain over its potential efficacy. Christian Horbach has the details 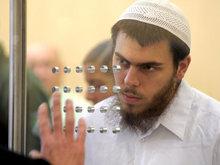 HATIF is the only opt-out programme for Islamists in Europe to be offered by an intelligence agency. But whether or not the target group will turn to the very facility that previously opposed them, is questionable. Pictured: Daniel Schneider, member of the terrorist so-called "Sauerland Cell"

​​ The case of the German-Syrian Rami M. wandered spectre-like through the German media landscape for several weeks. Rami M., sought on an international arrest warrant on suspicion of belonging to the terrorist organisation Islamic Movement Uzbekistan (IBU), had apparently been heading for the German embassy in Islamabad on 21 June, to establish contact with the German authorities there. But the meeting did not take place: several days previously, M. was detained by Pakistani police.

What exactly had Rami M. planned to do? Did he want to deliver himself up to the German authorities and renounce terrorism, or ignite a bomb on the embassy site, as the interior ministry feared?

The Federal Office for the Protection of the Constitution (BfV) launched the opt-out programme for Islamists under the name HATIF last July, and if Rami M. really had intended to renounce terror, he would have been just the kind of person that the programme is aimed at.

Through HATIF, which is the Arab term for telephone and also the abbreviation in German for "Heraus Aus Terrorismus und Islamistischem Fanatismus" (or "leaving terrorism and Islamist fanaticism"), anyone wanting to turn their back on the extremist milieu or their concerned relatives and acquaintances can contact the BfV directly via a telephone hotline or via email to receive support in their efforts to do so.

At least that's the theory. But the launch of the programme has also triggered several questions.

First and foremost: Who is HATIF really aimed at? And what exactly is meant by the term "Islamist"?

​​ The target group is apparently clearly defined in the BfV press release: "HATIF is aimed at people who find themselves within the sphere of influence of fanatical Islamists or Islamist-terrorist groups, who want to extricate themselves from that sphere and are unable to do so of their own volition, as well as their parents, relatives and friends."

In this context, the BfV report cites a "potential number of Islamist individuals" totalling 36,270. But a closer look reveals that the lion's share of this statistic is taken up by supporters of the Islamische Gemeinschaft Milli Görüş (Islamic Community of Milli Görüş, or IGMG) with 29,000 members. This has left many people wondering whether supporters of Milli Görüş can really be categorised as Islamist – and not just Götz Nordbruch, Islam scholar and founder of the Berlin association ufuq.de.

Another concern is to what extent HATIF has created an effective instrument against what is known as "home-grown terrorism" and the spread of militant Islamism in Germany.

Aiman Mazyek, General Secretary of the Central Council of Muslims in Germany (ZMD) says: "Islamism is an extreme political ideology and must therefore be tackled in a comprehensive manner. Political education plays a key role here." To this end, he suggests deploying "extremism representatives" directly to mosques with the requisite know-how to carry out this kind of education.

"Considerably more target-orientated than the old programmes": Despite all its shortcomings, Aiman Mazyek views HATIF as the right first step

​​ Two years ago, the ZMD came up with a complete package of measures for approaching the subject of Islamism, in talks with the BfV. But Mazyek regrets that "responses were very modest". And despite the breadth of expertise it has at its fingertips, the Central Council of Muslims was not included in the development of HATIF.

Nevertheless, Mazyek views the opt-out programme as a correct first step, because it is "considerably more target-orientated than the old programmes such as the computer searches that have since been banned under constitutional law, the controversial random mosque inspections or the arbitrary tapping of imams." These programmes failed to take into consideration the "clear distinction between Islam and Islamism", which is something Mazyek vigorously demands.

Memet Kilic, member of the Bundestag and migration policy spokesman for the Green Party, takes a different view: "The programme is an exercise in delusion. HATIF lacks a tried-and-tested strategy. Although there are barely any starting points for an effective encounter with the phenomenon of Islamism, they've forged ahead with the launch of a sensational campaign that has minimal chances of success."

Kilic also fears that resources have probably been ploughed into Hatif and taken away from other programmes. After all, these programmes all have to be paid for out of the same fund allocation.

Aiman Mazyek believes that Muslim communities must themselves have an interest in driving Islamism and terrorism out of society. After all, in the often over-heated debate on the subject of extremism the entire Muslim community is regularly held liable for the deeds of an individual.

And it is Islamic institutions, primarily the mosques and their imams, that are actually the first to have access to potential Islamists. So why not "combat Islamism with Islam", as Aiman Mazyek suggests?

Memet Kilic again sees little sense in this proposal: "You shouldn't combat radical Islam with liberal Islam," he says. "Muslims must primarily be made more familiar with an appreciation of civic rights and duties. They should first and foremost conform to the Constitution. Then on this basis you can try to suppress Islamism." 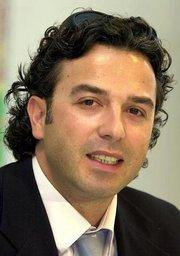 ​​ All parties agree that dealing with the phenomenon of Islamism must adhere to an approach that is as broad-based as possible. The Office for the Protection of the Constitution itself states quite clearly that there is a close link between the problems of integration and the emergence of radical Islam.

In consideration of these viewpoints, the HATIF programme could be too narrowly conceived. Götz Nordbruch states: "The prevention of and encounter with Islamism must rely on as many societal agents as possible, beginning with the family, via the school and football club right through to the mosque and the Islamic centre… at best, an opt-out hotline may reach a small fringe group."

However, it is rather doubtful whether an intelligence agency is the right kind of institution to be running a programme like HATIF: "Islamists live in a world that is clearly divided into good and evil, and the authorities are very much a part of that world," explains Nordbruch. For this reason, he says, it is highly questionable whether those who potentially want to leave the scene "will be turning to the very facility that previously held them responsible for all that is wrong with the world."

Whether HATIF will eventually turn out to be a success, and how one defines success in this context, is still a big unknown. A serious appraisal can only be undertaken once the programme has been allowed time to develop. If Rami M. really had been planning to extract himself from extremist circles, HATIF would have perhaps given him the opportunity to turn to the authorities more directly, and with less risk involved.

Translated from German by Nina Coon

Helping People Opt Out of Militant Islamism
Employing Beelzebub to Drive out the Devil?
Germany plans to introduce in the medium term support programmes for Islamists who would like to turn their back on extremism, similar to the ones that already exist for right-wing extremists. But how effective could such programmes be and would Islamists be drawn to them? Albrecht Metzger reports

Quilliam Foundation
A Muslim Think Tank to Counter Extremism
Set up in May by former members of the Hizb ut-Tahrir, the Quilliam Foundation sees itself as an anti-Islamist think tank. Security services in Europe see people who have renounced radicalism as the new hope in the fight against extremist Islamism. Albrecht Metzger explains why

END_OF_DOCUMENT_TOKEN_TO_BE_REPLACED
Social media
and networks
Subscribe to our
newsletter