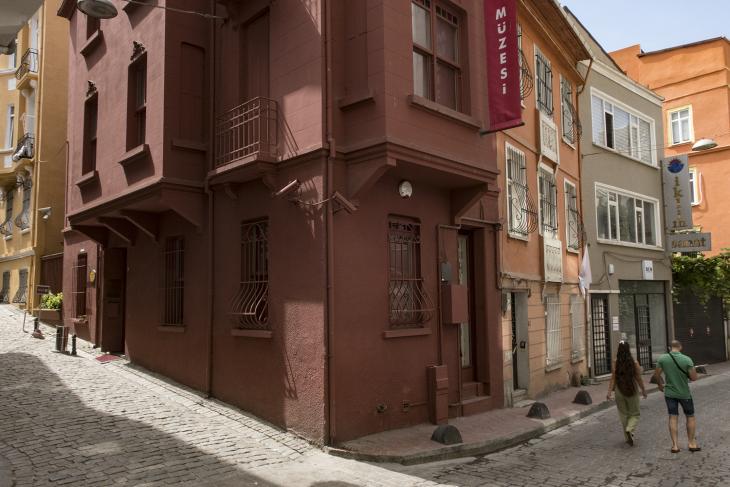 In Istanbul's historical neighbourhood of Beyoglu, an old building, its facade painted a deep red, stands at the intersection of two narrow cobblestoned alleys. The fantasy originating from Orhan Pamuk’s novel, "The Museum of Innocence", is thus brought to life 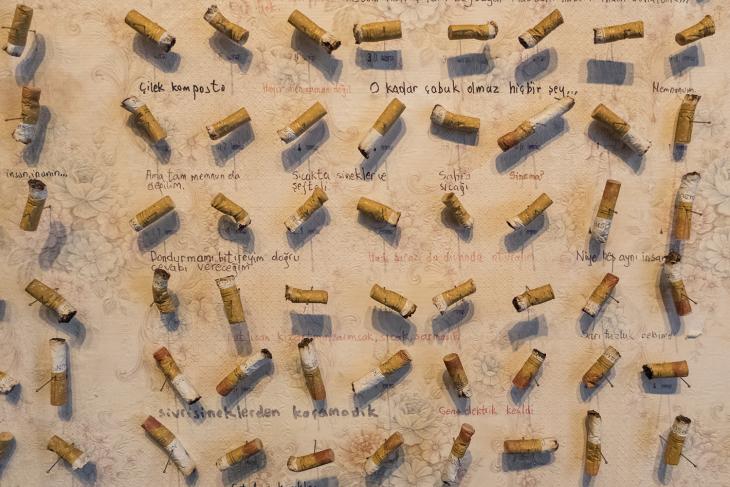 The leading character in Pamuk's novel, Kemal, is a resident of Istanbul and madly in love with Fusun. Deprived of the love of life, he decides to create a museum with any object that reminds him of Fusun. And by any object, Kemal means everything, even the butts of cigarettes she smoked 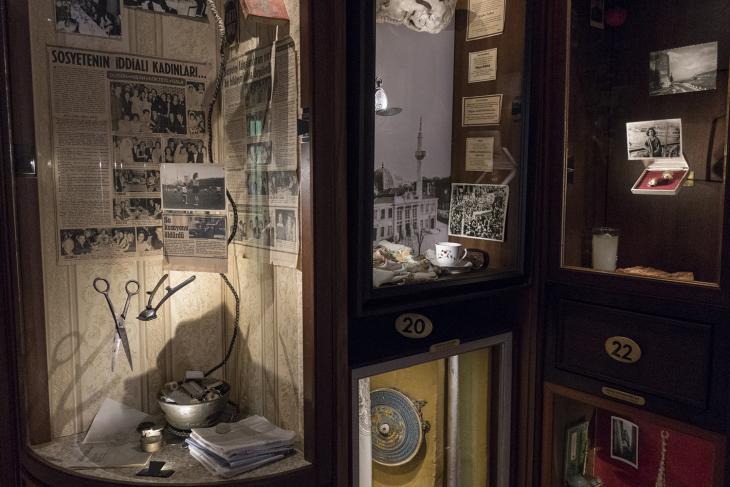 The Museum of Innocence exhibits thousands of objects relating to ordinary people and daily life in the Turkish capital during the second half of the 20th century. Pamuk began writing the novel in 2002, and from the outset, had the idea of creating a museum based on his book. Back in the nineties, however, long before Pamuk even put pen to paper, he was an avid collector of objects 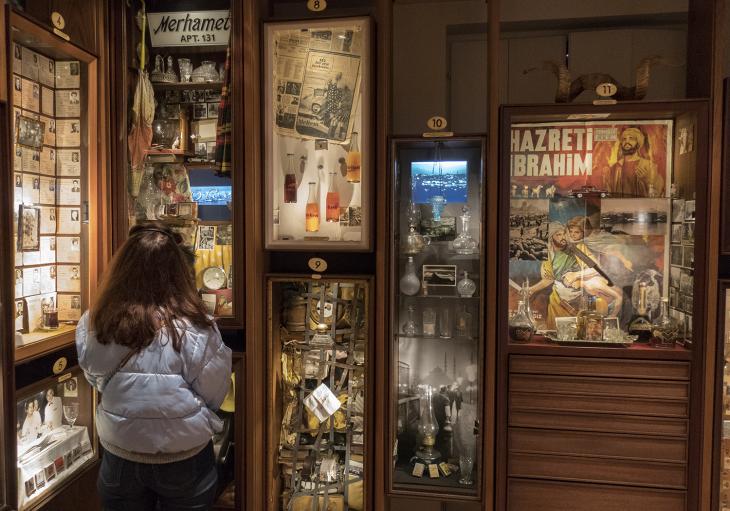 In a short manifesto for the museum, Pamuk explains why these ordinary objects are of value: "We don't need any more museums that try to construct the historical narratives of a society, community, team, nation, state, tribe, company, or species. We all know that the ordinary, everyday stories of individuals are richer, more humane – and much more joyful" 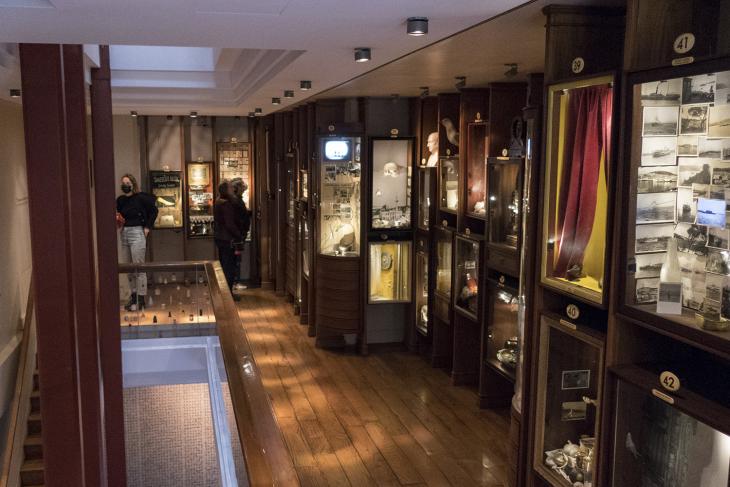 Creating an atmosphere similar to that in the novel was one of Pamuk's main goals when designing the museum. Each of the numbered display cases in The Museum of Innocence mirrors a chapter from the book. The four floors trace the protagonist Kemal's own narrative about the museum he builds in the memory of his true love 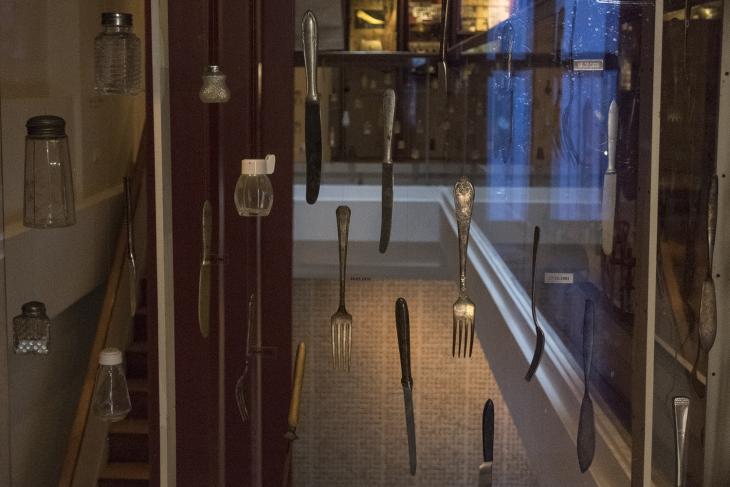 The building initially belonged to the Keskin family, who lived there between 1975 and 1999. Between 1999 and 2012 it was gradually converted into a museum. In December 2008, Pamuk started designing how the objects he had collected over the years would be exhibited 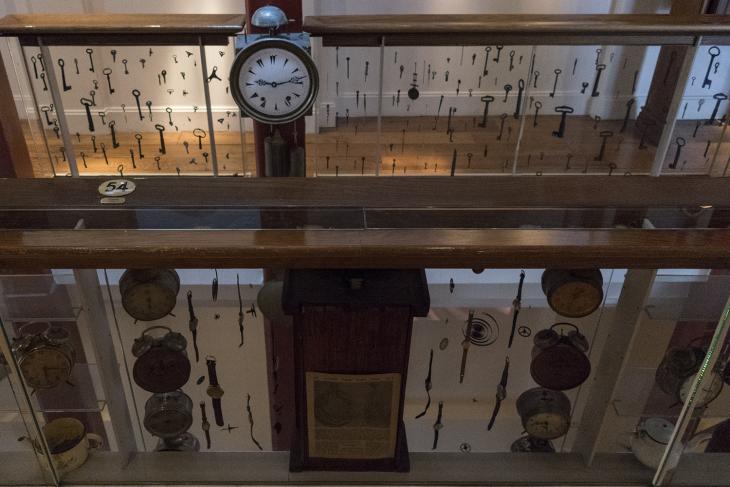 Time plays a vital role in Pamuk's novel and the museum he created. "Single moments are – like Aristotle's atoms – indivisible, unbreakable unties. But Time is the line that links them…. However, if we can learn to stop thinking of life as a line corresponding to Aristotle's Time, treasuring our time instead for its deepest moments, then lingering eight years at our beloved's dinner table no longer seems strange and laughable. Instead this courtship signifies 1,593 happy nights by Fusun's side" 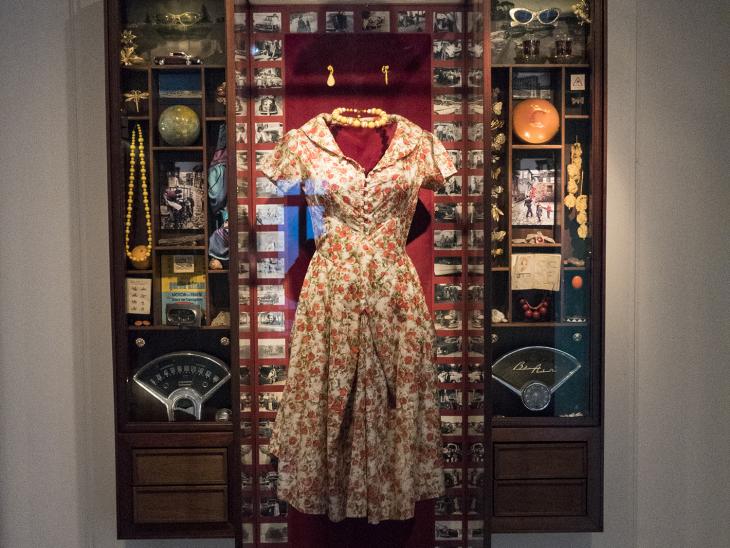 Recalling Fusun's red dress: in a passage from the novel, Aunt Nesibe refers to this dress: "Kemal, my boy, whatever Fusun was wearing that day – her red dress, her shoes, everything – I hid from you, because I didn't want to add to your grief" 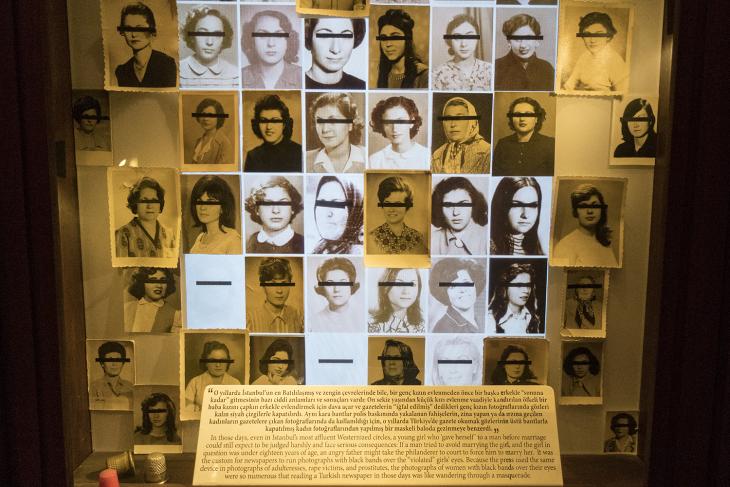 The Museum of Innocence also provides information about Istanbul and its people in the second half of the 20th century. This display case of photos of women reminds visitors of the days when having an intimate relationship out of wedlock was taboo in Turkish society 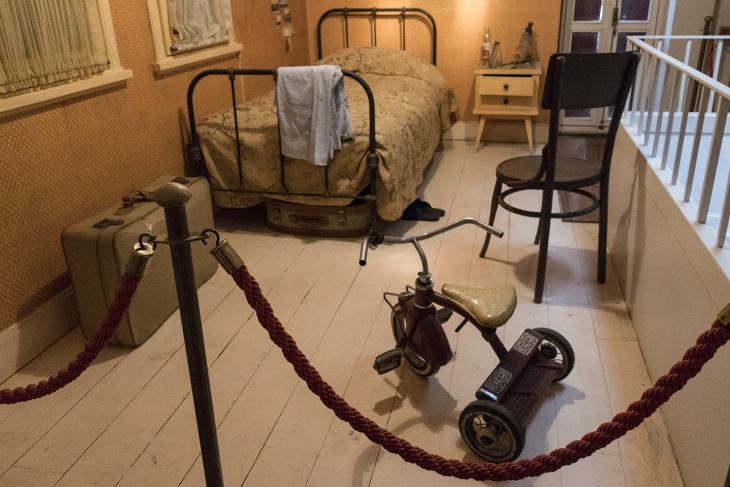 On the top floor of the building, there is a mock-up of Kemal's room, as described in the novel. Pamuk wrote that in this room, Kemal told him the entire story of his love for Fusun and the idea of building a museum from the objects related to her 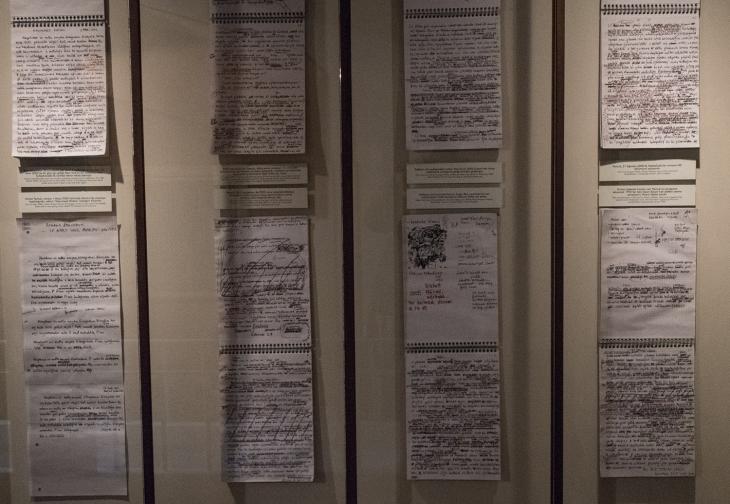 The only display case on the top floor exhibits Pamuk's manuscript of the novel and his sketches for the design of the museum and the exact placement of each display case. In 2014, the Museum of Innocence was voted European Museum of the Year

END_OF_DOCUMENT_TOKEN_TO_BE_REPLACED
Social media
and networks
Subscribe to our
newsletter