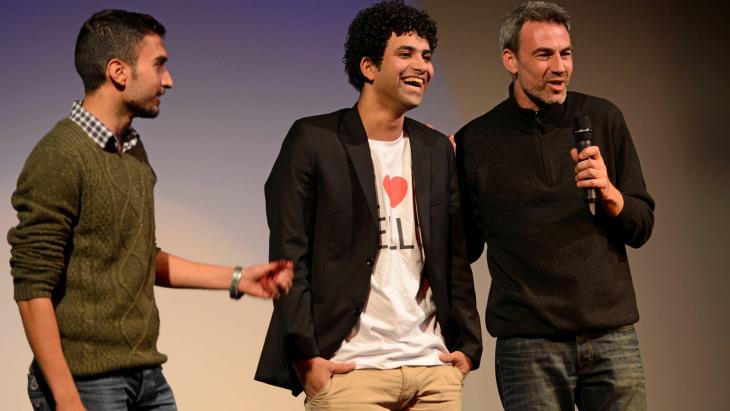 The Silenced Sounds of Baghdad

Osnabrück's Morgenland Festival in Germany has been setting standards in the eastern music world since 2005. This year, the event focused on Baghdad, once the cradle of Oriental cultural life. Marian Brehmer reports

Akram lives in Baghdad. A broad smile spreads across his face, which is framed by thick black curls. His white T-shirt bears the words "I (HEART) CELLO". As he stands there on the stage, the 19-year-old makes an immediately likeable impression. Viewers have just been watching a video diary in which Akram and two of his friends document a regular day in the Iraqi capital. With this shaky camera footage they've brought everyday life in Baghdad along with them to the Morgenland Festival in Osnabrück.

This is the Germany's best-known festival for eastern music – an event that has evolved over several years into a regular major highlight on the world music calendar. The festival has primarily made its name through ambitious projects often requiring some pioneering groundwork: in 2008, the Osnabrück Symphony Orchestra travelled to Tehran to perform Bach's St. John Passion. In 2010, the Morgenland Festival organised concerts at the Damascus Opera House and in Jordan.

The creator and organiser of the festival, Michael Dreyer, introduces Akram and his friend to the audience on this particular afternoon. "This is one of the most important events at on this year's programme," says Dreyer. "I've really grown very fond of these guys."

Baghdad is the musical focus of this year's Morgenland Festival, an apt choice as the city is also cultural capital of the Arab world in 2013. The precarious security situation in Baghdad meant that festival musicians were unable to travel there in August, going instead to Erbil in the Kurdish north of the country. The Osnabrück Youth Choir took part in a workshop there together with Iraqi artists. There were several concerts and jam sessions attracting more than 3,000 people.

The seven Osnabrück concerts have also drawn healthy-sized audiences. On this afternoon, Akram and Washiq introduce the "National Youth Orchestra of Iraq", an ensemble that's been enabling young Iraqis to access classical music for the past five years. In a city etched by violence, the orchestra is a true success story: Since it was founded by the 17-year-old pianist Zuhal Sultan, the orchestra has gone from strength to strength and has even performed at the renowned international Beethoven Festival in Bonn, Germany. The musicians come from both Kurdish and Arab backgrounds.

The video diary shows Akram, the orchestral musician, as he practises his cello at home in Baghdad. His father is an oud player, yet Akram was unmoved by traditional music back then. But when he heard a recording of western classic music a few years ago, he discovered an instrument he liked. "I want to play that!" he called out to his father. It was the cello.

But Akram's father declined. The cello is difficult to learn, he said, and there's no one to teach it in Iraq. But Akram didn't give up, and soon found a cello teacher at the "Institute of Fine Arts" in Baghdad. 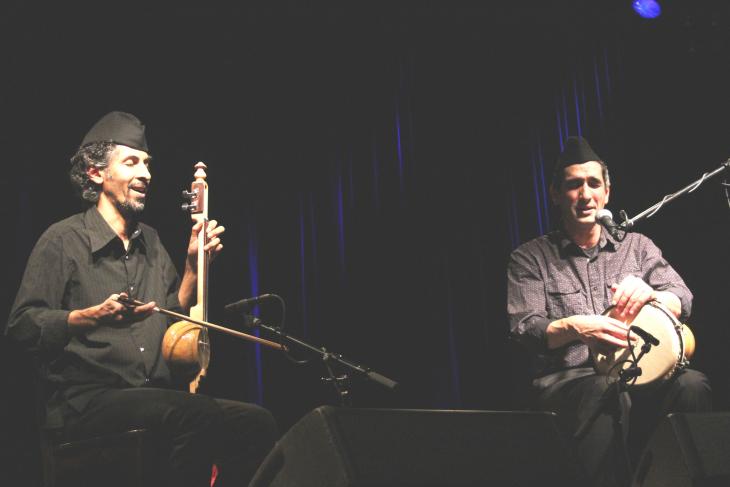 Through the "National Youth Orchestra", Akram got the chance to attend master classes in the north of the country. But the lack of competent teachers in Iraq is a huge problem. "There are many obstacles facing these young people," says Paul MacAlindin, the orchestra's conductor. And by that, the Scottish-born musician doesn't just mean the unpredictable security situation in Baghdad that makes rehearsing a perpetual challenge.

Fears of a cello case bomb

Akram also tells of the distrust of many people who regard music as a luxury in view of their precarious situation. In Baghdad, it's even difficult to step out onto the street with a cello case, because many fear it might contain a bomb, he says. "Others simply say this kind of music is 'haram'."

But Akram is not going to give up on his dream of a career playing the cello. He's hoping to be able to study at a European school of music. Even though it might be difficult to get a place. He may have mastered his instrument and won prizes for his playing, but so far he hasn't passed examinations comparable with European standards.

That evening sees a performance by the "Duo Sidare", an ensemble dedicated to traditional Iraqi music, the 'maqam'. In Baghdad, the word 'maqam' is used to describe both the typical Arabic melodic system as well as a particular song style. Bassem Hawar and Saad Thamir both graduated from the Baghdad Academy of Music and have been living in Germany since the year 2000. "Sidare" is the name of the cap worn only by maqam artists in Baghdad.

Bassem Hawar plays the djoze, an Iraqi spike fiddle, and Saad Thamir drums alternately on the daf and the darbuka. In its repertoire, "Duo Sidare" brings the full range of Iraqi vocal tradition to life. As well as maqams, Hawar and Thamir also sing 'peste', light stanzaic songs performed during the intervals of a recitation that lasts the entire evening.

The musicians are even venturing onto women's territory and singing their laments, part of a hidden musical culture. "It's actually a bit embarrassing for a man to be singing this kind of thing. But we Iraqis know these songs from our childhood. And actually, they're great!" Saad Thamir grins. Before each piece, he provides the audience with explanations, throwing in little anecdotes from his homeland. There are stories of lovesick poets, of worried mothers and uncles.

When Hawar and Thamir play together it's obvious that they've already been playing together for 22 years: Their coordination is fluid and the good vibrations are soon transposed from the musicians to their audience. The harmonically-rich djoze sounds at times feeble and melancholy, and at other times brisk and purposeful – always backed up by the percussion.

The "Duo Sidare" presents an artistic musical form that is, at its heart, vital and highly expressive. It bears witness to the vibrant, culture-loving city that Baghdad must once have been.

With this in mind, at the opening of the festival Michael Dreyer also voiced a cautious hope that Baghdad, once the cradle of the Orient's cultural life, may yet again rise up to become the cultural heart of the Islamic world. But there were probably more Iraqi musicians performing at the Morgenland Festival in the provinces of Lower Saxony than during the same time in Baghdad.

The Hanau terror attack showed just how dangerous racist conspiracy theories can be. And yet it is a threat that continues to be underestimated. Commentary by Daniel Bax END_OF_DOCUMENT_TOKEN_TO_BE_REPLACED

How can we truly appreciate the richness of cultures not our own? In her recent book "What is Islamic art? Between religion and perception", art historian Wendy Shaw explains the ... END_OF_DOCUMENT_TOKEN_TO_BE_REPLACED

In his controversial book published in 2020, French author Pascal Bruckner describes anti-Muslim sentiment as a fiction, claiming that the term "Islamophobia" is being used to ... END_OF_DOCUMENT_TOKEN_TO_BE_REPLACED

Islam scholar and social anthropologist Marie-Christine Heinze is head of an academic exchange project with the University of Sanaa on "Post-conflict Reconstruction in Yemen". In ... END_OF_DOCUMENT_TOKEN_TO_BE_REPLACED

Several media reports in recent weeks have focused on the potential threat presented by Islamist groups in Germany. The discourse is fraught with generalisations, both sides ... END_OF_DOCUMENT_TOKEN_TO_BE_REPLACED
Author:
Marian Brehmer
Date:
Mail:
Send via mail

END_OF_DOCUMENT_TOKEN_TO_BE_REPLACED
Social media
and networks
Subscribe to our
newsletter