The Morgenland Festival Osnabrück is setting new standards in the encounter between the West and the East. This year's focus was the music of the Uyghurs, the Muslim minority in China. Stefan Buchen went along

"The rehearsals were even more interesting than the concerts," says the Iranian composer Nader Mashayekhi (left)

​​ Long standing ovations in the sold-out Osnabrück venue. And no wonder – the audience has taken part in something that feels very special, soaking in something that will have a long echo. The final concert of the Morgenland Festival featured the Osnabrück Symphony Orchestra and the NDR Bigband performing in various combinations with instrumental and vocal soloists from Syria and the western Chinese province of Xinjiang – rounding off a delightful selection of premieres at a high musical standard. In this unassuming provincial town at the heart of Germany, a phenomenon has been taking place over the past few years last seen in medieval Andalusia and Italy: a cultural conjugation of East and West.

"The key thing is not to bring everything down to the lowest common denominator. You have to let things stand side by side," says Michael Dreyer, the festival's artistic director, of the principle by which the German and Oriental musicians come together.

When the Syrian-Armenian singer Ibrahim Keivo or the Syrian ney soloist Moslem Rahal communicate with the symphony orchestra and big band, the result is harmonies the like of which have literally never been heard before. The sounds they create together are complex, because the differing musical traditions remain clearly delineated and recognisable on stage. The Morgenland Festival is reinventing the concept of the cultural melting pot.

"We're in a musical laboratory here," Michael Dreyer reveals another secret of the festival's success. The few days in which the German and Oriental musicians practice their pieces are pretty hard work. Orchestras that only play from sheet music suddenly have to accompany soloists who improvise, who value their oral tradition and do without written notes. "The rehearsals were even more interesting than the concerts," says the Iranian composer Nader Mashayekhi, who has written and arranged several works performed in Osnabrück. "That's where mentalities come together." 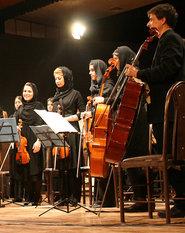 Musical dialogue in Osnabrück: orchestral exchange between Iran and Germany

​​ "Every time Ibrahim Keivo sings it sounds slightly different, even though he himself says it always sounds the same," Dreyer describes the creative process at the rehearsal stage. "And that takes some getting used to for the German orchestral musicians." The essential prerequisite for the festival is mutual respect for each other's musical skill and talent, Dreyer explains.

"The reaction to Keivo, however unfamiliar he may sound, was clear: this is not a fake, not a show, this is real music. We can learn a great deal from his way of making music." And the audience got a clear sign of what Keivo thought of the Osnabrück Symphony Orchestra and the NDR Bigband as they cheered and clapped – visibly moved, he embraced the German conductor so tightly he was almost suffocated.

Spontaneous excursions to the Chinese provinces

Another ingredient in Michael Dreyer's recipe for success is a constant search for sophisticated, interesting music, be it traditional, modern or avant-garde. For Dreyer, the Morgenland Festival is by no means an "event for world music". The best illustration of this idea is this year's focus: Uyghur musicians and dancers from the geographically remote, politically isolated western Chinese province of Xinjiang, a population group subject to repression from the central government in Beijing.

"This is not a fake, not a show, this is real music!" The Syrian-Armenian singer Ibrahim Keivo performed with the Osnabrück Symphony Orchestra and the NDR Bigband

​​Paris-based Uyghur musicologist had told Dreyer about the rock band "Qetic". An untiring researcher, he promptly flew to the provincial capital of Urumqi, where the band plays almost every night to a couple of dozen people in a bar. "That bar was the musical horizon for Qetic," says Dreyer. "They'd never performed anywhere else and they'd never been abroad." The artistic director of the Morgenland Festival was instantly electrified by the lead singer Perhat and his band. They almost didn't make it to Osnabrück, however, as the German embassy in Beijing initially refused them visas due to a lack of regular income.

"It's delightfully naïve to expect Uyghur rock musicians in China to be able to provide proof of a regular income," Dreyer comments. He solved the problem by providing a financial guarantee for the four musicians out of his own pocket. And it was worth it: Qetic's performance, accompanied by solos from the Syrian clarinettist Kinan Azmeh, was one of the festival's highlights. Here again, the principle was pairing familiar chords with improvisations on the string instrument do-tar, incredible overtone singing solos by the second guitarist, 19-year-old Ershat, and the expressive, skilled vocals of the charismatic Perhat, whose entire body appeared to vibrate at times.

Culture as a political message

The Morgenland Festival is primarily a cultural and artistic adventure. Dreyer does not want to make it artificially political, not seeking scandals even at the price of less publicity. And yet: in view of the situation in many Middle Eastern countries, it is impossible to deny the festival's political significance entirely. This year's focus on Uyghur music makes that more than clear.

​​A year ago, the western Chinese province was shaken by major unrest, throwing a rare spotlight on the situation of the repressed Uyghur minority in the western media. In Osnabrück, the Uyghur guests avoided any direct critical comments against the Chinese state.

The political message, similarly to the concert by the Tehran Symphony Orchestra four years ago, is in the simple fact that they perform in front of a large audience: look at us, listen to us – we exist! This very situation questions the official political and cultural image projected by authoritarian states such as China and Iran.

Images and concepts of the Orient

Dreyer, who trained as a musicologist rather than studying the Orient and whose familiarity with the region stems from numerous visits over the past few years, hopes to show that, beyond war and repression, "there are lively civil societies in these countries, which are unfortunately almost invisible in the western media. We've been cultivating our images of the Orient for centuries. Today it's mainly the mass media that do that. It's important for me not to present a particular picture of the Orient." 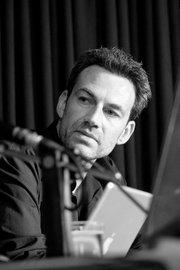 ​​He swallows at the word "Orient", not keen on using it with Edward Said's Orientalism debate in mind. It is acceptable, however, he says, because the musicians themselves often talk about "oriental music".

Dreyer is all too aware of the term's ambiguity and connotations. "I was constantly racking my brains over what to call it." What holds the festival together in conceptual terms, he says, is the shared musical tradition from Egypt to the Levant all the way to Xinjiang. What he rejects outright, however, are terms like "the music of Islam" – because the region's musical tradition has very little to do with the Muslim faith.

In year six of the Morgenland Festival, it seems appropriate to talk about a "spirit of Osnabrück". The interactions between the audiences and the artists, between western and eastern musicians, have given it an atmosphere all of its own. In the face of many sterile attempts to lead a "dialogue with Islam", often imposed on a "top down" basis, this atmosphere is a refreshing counterpoint.

The musical event shows that such attempts can succeed, provided the dialogue is rooted in local cultural reality and pursues shared ideals, rather than being designed from the outset as a blunt political instrument with limited direction, or even as an alibi in the war against "Islamist terrorism".

The only cloud on the horizon is that the media echo this year was rather minor, despite the sparkling performances at the Morgenland Festival. "If you want the press to come you have to invite women from Iran, dress them up in hijab and put a violin in their hands. Then ninety journalists start clamouring for free tickets," says Michael Dreyer with a wink, playing on the major press interest provoked by the Tehran Symphony Orchestra's invitation to Osnabrück in 2006.

"If you do without that kind of thing, the press doesn't come. But that doesn't bother me any more." What counts for Dreyer is that the festival is now a firmly established institution among musicians and composers, specialists and music-lovers.

Neda, an Opera by Nader Mashayekhi
Pathos without Kitsch
Nader Mashayekhi is an Iranian-born, Vienna-based composer. With his opera Neda, Mashayekhi has succeeded in creating a notable political work of art that addresses current themes in Iranian society. Stefan Buchen went to see the opera

END_OF_DOCUMENT_TOKEN_TO_BE_REPLACED
Social media
and networks
Subscribe to our
newsletter