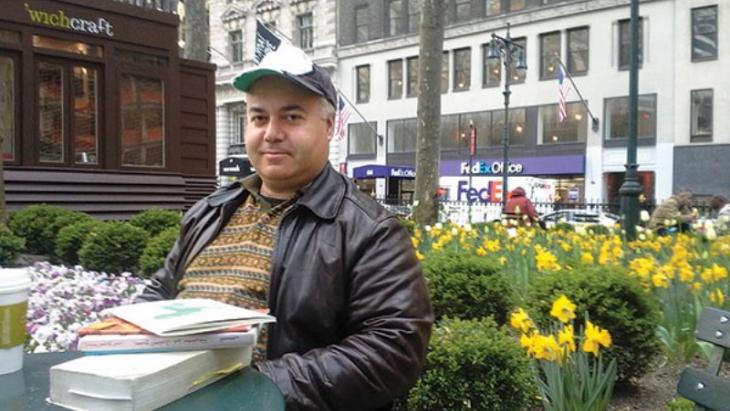 ″The Teeth of the Comb & Other Stories″: A touch of Aesop

A literary immigrant in strange clothes, Osama Alomar′s ″The Teeth of the Comb & Other Stories″ perches brightly and uneasily at the edge of the English-language landscape. It′s the second collection by the U.S.-based Syrian writer to make its way from Arabic into English. Marcia Lynx Qualey read the book

Most of the stories in The Teeth of the Comb look like prose poems or micro-fiction and yet they don′t read like their English cousins. Alomar′s language isn′t poetic, nor are the stories densely plotted. Many of Alomar′s stories are plainly voiced by talking rocks, animals, swamps, or weather. At first glance, they read like moral tales for children.

A story mid-way through the collection, titled, ″Embrace″, is just a single sentence: ″In a pleasant garden, the trees embrace over two quarrelling brothers.″

″Embrace″, like many of Alomar′s stories, relies on the juxtaposition of opposites. We′re in a pleasant garden, where peaceful flora intertwines over the heads of two argumentative humans.

On its own, this story would hardly catch a reader′s attention. But the overall effect of Alomar′s collection is to make a mosaic of tiny, evocative micro-tales told by an ironic moral fabulist for adults. ″Insult″ is another story that works on opposites. Its full three sentences: ″A man of principles was forced to swallow an insult. He choked and died. As for the bootlicker, he chased after the insult with all his might, fearing that he would die of hunger.″ 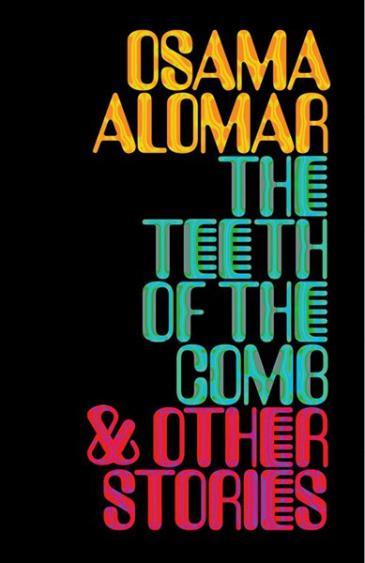 Master of micro-fiction: ″Before leaving for work I tied my tongue into a great tie. My colleagues congratulated me on my elegance. They praised me to our boss, who expressed admiration and ordered all employees to follow my example!"

It′s the appearance of the running bootlicker and his fear he will ″die of hunger″, that adds a surprising and funny twist to the tiny fable. In places, the translation could be a bit tighter – there′s no need for a ″that″ in the story′s final sentence. Yet, for the most part, the plain language transfers well from Arabic to English.

Who is the enormous bag of garbage?

Many of the stories evoke a Syrian landscape – with tyrants, co-opted authors, prison cells and police interrogators. But they could just as well be about life anywhere. The story ″On Top of the Pyramid″ begins with an enormous garbage bag who, ″seeing the social pyramid shimmering in the sunlight, wanted to reach the top.″

When this enormous garbage bag (who could be an ambitious Syrian army officer, or Donald Trump, or your boss) finally struggles his way to the top, he′s filled with pleasure.

Then, by chance, the apex pierces a hole in him. ″Soiled water mixed with garbage poured down the four sides until the whole structure was covered in a monstrous pile of slimy debris whose hateful smells permeated even distant places.″

There is pleasure in this small reversal-of-fortune, which might apply to any ambitious bag of trash.

There are many such reversals and inversions in the collection. In the short story ″A Taste″, Satan appears. The devil tastes from ″the tip of his finger a very tiny amount of human hatred. It poisoned him and he died right away.″

The collection features not only garbage and Satan, but also streams and clouds and a number of stories about flowers.

There are, for instance: ″Flowers of Different Classes″, ″The Garlic and the Flower″, ″The Kinds of Flowers″ and ″The Souls of Flowers″. In most cases, the collection juxtaposes its flowers with very human struggles.

The stories often flip the reader′s perspective, as when, for instance, the garlic can′t stand the scent of flowers. Or, in ″The Kinds of Flowers″, when a human contemplates his garden with a satisfied joy. ″But when he himself turned into a flower in that garden, he began to see all other kinds of flowers as surpassingly ugly.″

As with ″The Kinds of Flowers″ and ″Insult″, Alomar′s stories do feature the occasional human. But these are generally archetypes and only rarely have names. One of the few is ″five-year-old Samar″, who stares at a doll on the other side of her bedroom in ″The Forbidden Doll.″

″The Forbidden Doll″ is a fairy-tale-like evocation of a young girl, a cruel stepmother and a distant father. Here, there are no child-eating witches or royal balls to menace or entice tiny Samar. There is only Samar, sitting in fear in the dark, desperately wanting to cross the room and hug her beautiful doll. Yet she can′t defy her stepmother′s orders to stay in bed.

″The Forbidden Doll″ could stand alone as a complete fiction in the English-language fashion, although it′s punctuated by many unfamiliar ellipses. Not so for all of Alomar′s stories. Some, when examined on their own, are flat or didactic. Yet there is enough jarring strangeness in The Teeth of the Comb to make the reading experience a fresh pleasure, as in the brief ″Kicks″:

″The two interrogators had left their prisoner curled in a corner of the room, bleeding profusely and shaking in terror. Soon the corner itself administered a kick that sent him tumbling across the room. In this way the four corners went on kicking him back and forth until the roof collapsed on him and finished the job.″

It′s both a banal and a horrifying image: a prisoner who′s injured and shaking is suddenly attacked by the very prison walls that surround him. Perhaps he′s attacked by the whole system of mass imprisonment, which collapses under the weight of its own cruelty. Or perhaps only part of the system breaks down, while killing the man who huddles within.

These sorts of aphoristic-political short stories are not unusual in Arabic. The stories in Alomar′s collection are not unlike those by the great Syrian writer Zakariya Tamer, or by young Jordanian short-story writer Hisham Bustani, or Egyptian author Mohamed Makhzangi. Still, in the new clothes of translation, they make for an innovative and refreshing read.

The terror attacks in Paris, Brussels and Berlin were all carried out by men radicalised in jail. In Germany, politics and the judiciary are trying out new approaches to prevent ... END_OF_DOCUMENT_TOKEN_TO_BE_REPLACED

The assassination of the Iranian general Qassem Soleimani in a surprise U.S. drone strike is being used by the Islamic Republic of Iran to political ends, says Iranian journalist ... END_OF_DOCUMENT_TOKEN_TO_BE_REPLACED

With "Assad or We Burn the Country", Sam Dagher has furnished the world with some genuine ammunition against the Syrian regime's on-going campaign of disinformation. The only ... END_OF_DOCUMENT_TOKEN_TO_BE_REPLACED

There are only a few thousand Aramaic Christians left in south eastern Anatolia. And they are intent on preserving their ancient culture dating back one-and-a-half millennia. ... END_OF_DOCUMENT_TOKEN_TO_BE_REPLACED

Basma, Jad and Ma'zooza are about to join the Sesame Street family. The trio of new Arabic-speaking characters will help teach children in the Middle East to read and write, as ... END_OF_DOCUMENT_TOKEN_TO_BE_REPLACED