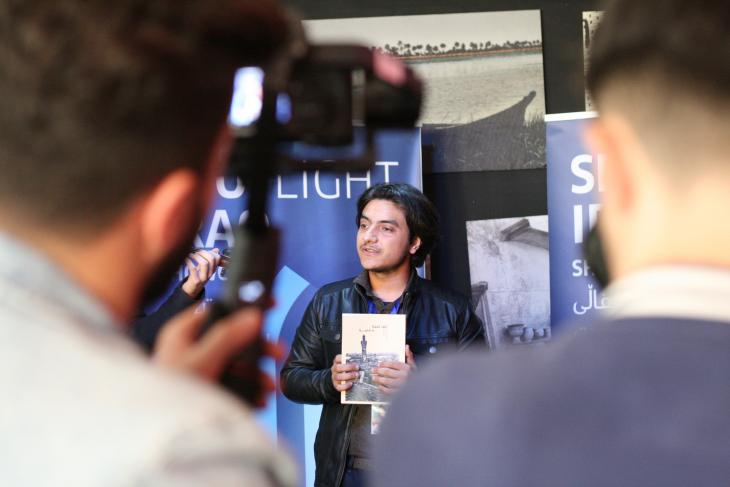 Very different Western reactions to the suffering in Ukraine and the Arab world show that there is a profound rift among cultures. Essay by Michael Young END_OF_DOCUMENT_TOKEN_TO_BE_REPLACED

From the Euphrates to the Mekong, dams that ensure one country's water supply risk leaving others parched. But shared water resources can be a source of peace as well as conflict ... END_OF_DOCUMENT_TOKEN_TO_BE_REPLACED

Muqtada al-Sadr, the biggest winner in the recent election, aspires to implement great change in Iraq, but reform is easier said than done, writes Massaab al-Aloosy. Correcting a ... END_OF_DOCUMENT_TOKEN_TO_BE_REPLACED

With spring, migration on the Balkan route is on the rise again – and with it the misery, violence and illegal pushbacks at Croatia's external EU border. ... END_OF_DOCUMENT_TOKEN_TO_BE_REPLACED

Much effort is being put into rebuilding churches in Iraq that were destroyed by Islamic State. The message of hope is for Christians to return. Judit Neurink reports from Mosul END_OF_DOCUMENT_TOKEN_TO_BE_REPLACED

In Iraq – which has suffered four decades of conflict and years of political and economic turmoil – separating and recycling waste has yet to become a priority for most people. ... END_OF_DOCUMENT_TOKEN_TO_BE_REPLACED
Author:
Christopher Resch
Date:
Mail:
Send via mail

END_OF_DOCUMENT_TOKEN_TO_BE_REPLACED
Social media
and networks
Subscribe to our
newsletter