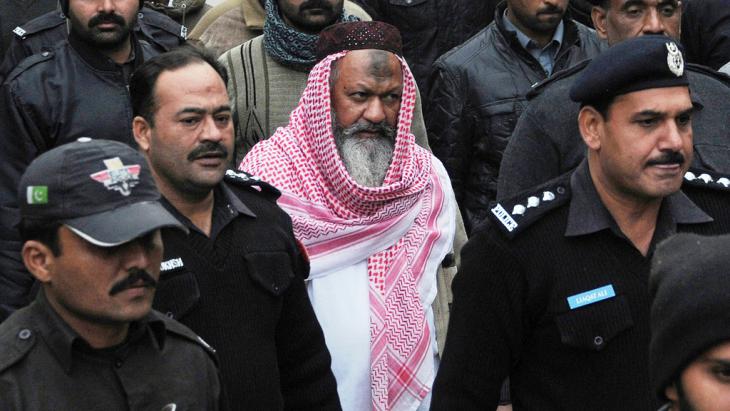 Pakistan and sectarianism
The enemy within

Pakistan′s generals blame their country′s cycle of political violence, including a recent bombing in the Baluch capital of Quetta, on groups in Afghanistan. The focus on external enemies complicates efforts to reduce political violence, ease inter-communal strains and facilitate easing of tensions with Pakistan′s neighbours. By James M. Dorsey

Pakistan′s military commanders gathered at the beginning of August to assess the impact of the massive bombing in Quetta that killed some 70 people and wiped out a generation of lawyers in the province of Baluchistan. They believed there was a sinister foreign-inspired plot that aimed to thwart their effort to root out political violence. The commanders′ analysis chimes with their selective military campaign that targets specific groups like the Pakistani Taliban and the Sunni-Muslim Lashkar-e-Jhangvi.

The commanders failed however to acknowledge the real lesson of Quetta: decades of Pakistani military and intelligence support underwritten by funding from quarters in Saudi Arabia for sectarian and ultra-conservative groups in Pakistan has divided the country almost irreversibly. Generations of religious students have their critical faculties stymied by rote learning and curricula dominated by memorisation of exclusionary beliefs and prejudice resulting in bigotry and misogyny woven into the fabric of Pakistani society.

The domestic challenge: too much money

″The enemy within is not a fringe... Large sections of society sympathise with these groups. They fund them, directly and indirectly. They provide them with recruits. They reject the Constitution and the system. They don′t just live in the ′bad lands′, but could be our neighbours. The forces have not only to operate in areas in the periphery, along the Pakistan-Afghanistan border, but have also to operate in the cities where hundreds, perhaps thousands form sleeper cells, awaiting orders or planning to strike,″ said Pakistani columnist Ejaz Haider in a recent commentary. 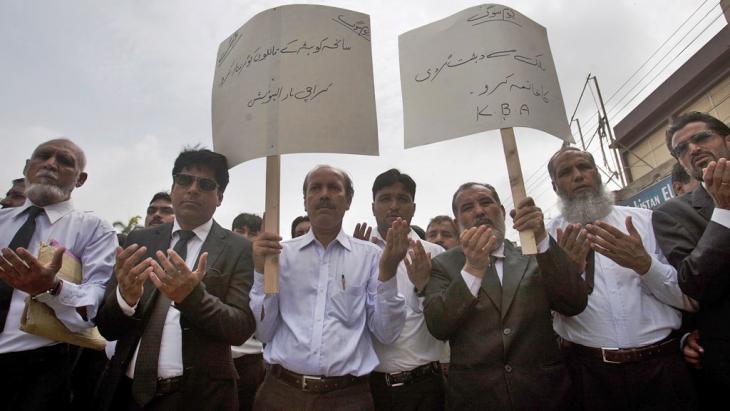 The real lesson of Quetta: "decades of Pakistani military and intelligence support underwritten by funding from quarters in Saudi Arabia for sectarian and ultra-conservative groups in Pakistan has divided the country almost irreversibly," writes Dorsey

The military campaign against Lashkar-e-Jhangvi, whose leadership has largely been wiped out in encounters with Pakistani security forces, is a case in point. Lashkar-e-Jhangvi is closely tied to banned anti-Shia and anti-Ahmadi group Sipah-e-Sabaha, which continues to operate openly with government support under a succession of different names.

Sipah leaders have little compunction about detailing their close ties to Pakistani state institutions and Saudi Arabia. They are also happy to discuss the fact that both Pakistan and Saudi Arabia are pushing them to repackage their sectarian policies in a public relations effort, rather than a fundamental shift that would steer Pakistan towards a more tolerant, inclusive society.

″The Saudis sent huge amounts often through Pakistani tycoons who had a long-standing presence in Saudi Arabia as well as operations in the UK and Canada and maintained close relations with the Al Saud family and the Saudi business community. One of them gave 100 million rupees a year. We had so much money, it didn′t matter what things cost,″ said a co-founder of Sipah.

"Some things are natural"

Sipah leader Ahmad Ludhyvani, a meticulously dressed Muslim scholar, speaking in his headquarters protected by Pakistani security forces in the city of Jhang, noted that Sipah and Saudi Arabia both opposed Shia Muslim proselytisation even if Sipah served Pakistani rather than Saudi national interests.

″Some things are natural. It′s like when two Pakistanis meet abroad or someone from Jhang meets another person from Jhang in Karachi. It′s natural to be closest to the people with whom we have similarities… We are the biggest anti-Shia movement in Pakistan. We don′t see Saudi Arabia interfering in Pakistan,″ Ludhyvani said over a lunch of chicken, vegetables and rice. 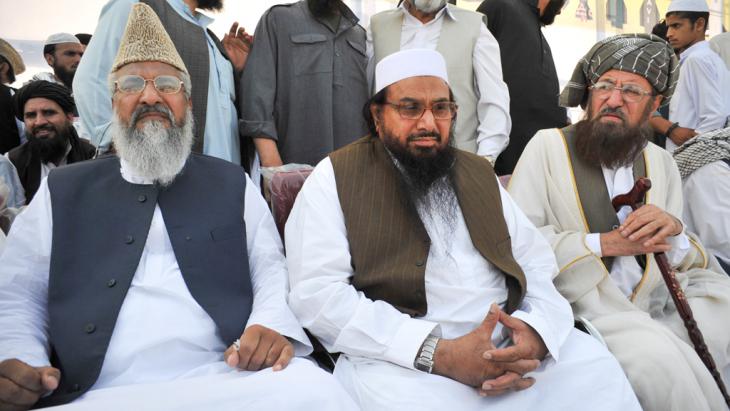 Unashamedly sectarian: "Large sections of society sympathise with these groups. They fund them, directly and indirectly. They provide them with recruits. They reject the Constitution and the system. They don′t just live in the ′bad lands′, but could be our neighbours," comments Pakistani columnist Ejaz Haider

The soft-spoken politician defended his group′s efforts in Parliament to get a law passed that would uphold the dignity of the Prophet Muhammad and his companions. The law would effectively serve as a stepping stone for institutionalisation of anti-Shia sentiment, much like a Saudi-inspired Pakistani constitutional amendment in 1974 that declared Ahmadis non-Muslim. As a result, all applicants for a Pakistani passport are forced to sign an anti-Ahmadi oath.

Sipah put Pakistani and Saudi support on public display when it last year hosted a dinner in Islamabad′s prestigious Marriot Hotel for Abdallah Ben Abdel Mohsen Al-Turki, a former Saudi religious affairs minister and general secretary of the Muslim World League, a major Saudi vehicle for the funding of ultra-conservative and militant groups. Hundreds of guests, including Pakistani ministers and religious leaders designated as terrorists by the United States attended the event at the expense of the Saudi embassy in the Pakistani capital.

The corrosive impact of such support for groups preaching intolerance and sectarian hatred is demonstrated in another disturbing trend in Pakistan. This is the spike in honour killings that mirrors a jump in lethal attacks on artists, writers and journalists. The aim is to maintain subjugation of women, ensure the dominance of religious rather than secular education and undermine traditional as well as contemporary popular culture.

It is also mirrored in controversy over the Council of Islamic Ideology, whose offices are ironically located on Islamabad′s Ataturk Avenue, that was created to ensure that Pakistani legislation complies with Islamic Law. The Council has condemned co-education in a country whose non-religious public education system fails to impose mandatory school attendance and produces uncritical minds similar to those emerging from thousands of madrasahs run by ultra-conservatives and those advocating jihadist thinking.

The Council declared in 2014 that a man did not need his wife′s consent to marry a second, third or fourth wife and that DNA of a rape victim did not constitute conclusive evidence. This year, it defended the right of a husband to ″lightly beat″ his wife. It also forced the withdrawal of a proposal to ban child marriages, declaring the draft bill un-Islamic and blasphemous.

Continued official acquiescence and open support for intolerance, misogyny and sectarianism calls into question the sincerity of government and military efforts to curb without exception intolerance and political violence. The result is a country whose social fabric and tradition of tolerance is being fundamentally altered in ways that could take a generation to reverse.

James M. Dorsey PhD is a Senior Fellow at the S. Rajaratnam School of International Studies (RSIS), Nanyang Technological University, Singapore and co-director of the University of Wurzburg′s Institute for Fan Culture, Germany.

Just as the Islamic Revolution fundamentally changed Iran 43 years ago and had an impact far beyond the country's borders, the current wave of protests sweeping the country is set ... END_OF_DOCUMENT_TOKEN_TO_BE_REPLACED

One year ago the Taliban returned to power, seizing Kabul; the U.S. and its allies made a panicked exit from the country. Of all the books written on the subject, four stand out ... END_OF_DOCUMENT_TOKEN_TO_BE_REPLACED

Jonas Poher Rasmussen's Oscar-nominated animated documentary “Flee” focuses on the life of a refugee from Afghanistan. Based on a true story, it centres around the question: when ... END_OF_DOCUMENT_TOKEN_TO_BE_REPLACED

The Biden administration could have used Pakistan’s economic crisis to compel the country to sever its longstanding ties to terrorist groups. Instead, the U.S. protects and ... END_OF_DOCUMENT_TOKEN_TO_BE_REPLACED

No country in the Islamic world is influenced as strongly by the traditions of Sufi culture as Pakistan. Yet the Sufis there have been under attack from Islamic hardliners for ... END_OF_DOCUMENT_TOKEN_TO_BE_REPLACED

END_OF_DOCUMENT_TOKEN_TO_BE_REPLACED
Social media
and networks
Subscribe to our
newsletter